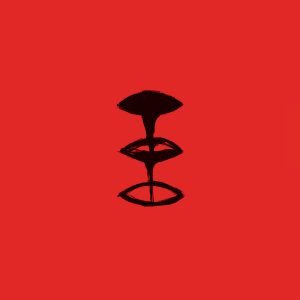 Released on April 29, 2016 via Throatruiner Records

Throatruiner Records boast an impressive roster. Not only do they distribute for the likes of Deathwish Inc and Southern Lord in Europe, they are also home to the likes of Birds in Row, The Rodeo Idiot Engine and Vedrun. And sitting right on top of their pile is Plebeian Grandstand. To call Plebeian Grandstand black metal almost misses the point, and to use the term ‘blackened hardcore’ certainly doesn’t do them justice. This is Plebeian Grandstand’s third LP and the follow up to 2014’s absolutely incredible Lowgazers.

After the ambient intro of ‘Mal Du Siècle’ album opener ‘Low Empire’ bursts in, with mathy guitars over tight blast beats and scathing vocals, the guitar jolts and collides with the drums so seamlessly, no black metal drills in sight. The relationship between guitars and drums almost reminds me of The Dillinger Escape Plan pre wanting to be Mr Bungle. I really admire how they don’t rely heavily on the quiet to LOUD thing that a lot of ambient metal bands do, they are more concerned it would seem with creating a soundscape rather than a metal song, it just so happens they are metal musicians.

Second song ‘Tributes and Obivions’ starts in much the same way that ‘Low Empire’ did, disjointed guitars over solid blasted drums, this time there is an eerie spoken word vocal that puts me in mind of Jane Doe era Converge before the song smashes to life with a raging chugged riff and the understated vocal turns into visceral howl. Plebeian Grandstand are very good at turning a song on a sixpence and taking into a completely different direction and in the blink of an eye turning it back again, they clearly don’t give a shit about trend or how things should be done within modern metal.

‘Volition’ creeps to life, with a picked guitar passage oozing out of the low end drone of distorted bass and sampled noise. The piece intensifies with the entrance of the unsettling howl I have come to love so much about this band/ album. The vocals on False Highs, True Lows are one of my favourite things about the record, I really love when vocals are used almost as frequency rather than sitting above what the band are doing. It’s the battering ram drums that almost lead ‘Volition’ from passage to passage, it really is an assault on the senses, the vocals become buried underneath the cacophony of guitars. It is claustrophobic and absolutely fucking wonderful.

The 58 second ‘Mineral Tears’ comes as a welcome reprieve from the utter hammering that this album is giving me. Don’t get me wrong, it’s certainly not easy listening. 58 seconds of glitchy pulses and waves of harsh static, it works well here bridging the first and second halves of the album. On ‘Oculi Lac’, Plebeian Grandstand get back to business. Punishing slabs of unsettling math metal. Discordant riffs that don’t give you a second to get your bearings and THOSE unrelenting drums that smash me straight into the ground, paired with the vocal delivery make ‘Oculi Lac’ not only one of the best songs herein, but one of the best in the bands back catalogue.

Penultimate offering here is ‘Tame the Shapes’, which is straight up drone doom. Low end riffs played slowly. The tone on this record is impeccable throughout, but on here it is showcased, celebrated, even. It is a real slow burner, low end bass chords, picked minor key guitar passages and a dynamic use of drums (which only enter with a couple of minutes left). This piece is certainly something that this album perhaps needed, a break from the breakneck, allowing the band to express themselves in a way that they perhaps hadn’t considered or felt necessary so far on this record or indeed on its predecessor, the aforementioned Lowgazers. It lurches and hisses to what appears to be a complete finish until a blasted drum fill leads the song into truly unsettling territory for the last 40 odd seconds with high end, tranced guitar feedback. It’s an unexpected change of pace from start to finish and is the highlight of False Highs, True Lows for me.

Closing track ‘Eros Culture’ takes off where ‘Tame the Shapes’ left off, not allowing me to get my breath back before another hammer to the brain. I think it is clever not to have made the last two songs one piece here as many bands would maybe choose to. It’s definitely a continuation on the theme of the last minute or so of the song before, but certainly sits well as an individual piece with an identity of its own.

False Highs, True Lows is an unrelenting sonic landscape, bleak, beautiful and captivating from the first bar of the intro to the last bar of spoken vocal at its end. Plebeian Grandstand do not seem content with just making extreme metal, instead they are merging genres and breaking out of its confines.