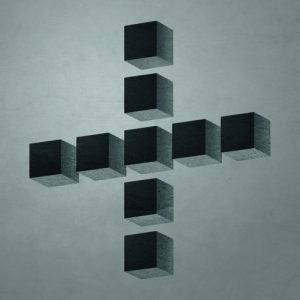 The best albums are the ones that sit within a time and place in the listener’s life. Sometimes simply good albums become great albums to the listener because of the moment they arrive. I found myself frantically trying to download the Minor Victories promo using very, very sketchy wifi at O’hare International Airport minutes before boarding a 16 hour flight. With a few over priced Bloody Marys and mere minutes to spare before boarding, I had it, finally I could listen to an album I had been anticipating with varying degrees of excitement for months. My first listen was shortly after takeoff and all I could think was how happy I was to have it for my journey. It wasn’t exactly what I expected but it was exactly what I needed. Its blend of shoegaze, post rock and dream pop sat within my mental landscape perfectly and provided the soundtrack for a personally important journey that I was taking. It was in my head as I hiked up a mountain, in my head as I wandered foreign streets and in my ears when I went to sleep at night.

When Minor Victories announced their existence last year the inevitable supergroup hype set in as did the realization that most supergroups fail to live up to fan’s unreasonable expectations. Being an avid Mogwai and Slowdive (I’d never heard Editors) fan my excitement was definitely leaning towards irrational. As time passed and there was no word on a release date and only a very short clip of music to go by I made a mental note to watch for news but not get my hopes up too high. Then with the release of the tremendous, driving first single ‘A Hundred Ropes’ I found myself drawn back into the hype machine. With a few more teasers and a short film featuring the gorgeous ‘Folk Arp’ I knew that this album could be as good as I had hoped.

Anyone with a passing knowledge of Minor Victories‘ players other projects probably have an image of what the album would sound like in their head and they probably aren’t terribly far off. What needs to be heard however is how well it all works, and how subtly all of the components meld into a single cohesive sound. Considering a majority of the album was written and recorded remotely the overall consistency of the recording is particularly impressive. They truly sound like a full band working with intent and not a group of well known individuals throwing their weight around. This sense of unity and clarity allows the sunny shoegaze of ‘Scattered Ashes’ to sit along side the slow building post rock of ‘Out To Sea’ effortlessly and without feeling forced.

There is a marvelous amount of orchestration and inconspicuous layering on the album. ‘Breaking My Light‘ makes grand use of sweeping, soundtrack like strings over the thumping drums and churning bass. Even the more raucous songs like the aforementioned ‘Scattered Ashes‘ feature textured and layered strings (possibly provided by keyboards or midi, but it’s 2016 so who cares) to add depth and warmth to over all sound. Layers of understated guitars begin to reveal themselves on repeated listens and I found myself turning it up louder and louder in attempt to take it all in. While the music is layered and beautiful the real standout on the album is Rachel Goswell’s stunning vocals. They are simultaneously strong and airy, floating over the music as it swells and recedes, climaxes and releases. Goswell has always had a lovely voice but I think Minor Victories is her finest performance to date.

Repeat listens are definitely a must for this album. As I was traveling I listened to this album dozens of times and I found myself not only hearing more but also growing more and more fond of it each time. Even the quirky ode to long lasting friendships born out of mutual, unfulfilled attraction ‘For You Always’ (with Mark Kozelek) which I felt was out of place on my first listen has grown to be an essential part of the albums flow. I don’t believe there is a unifying concept for the lyrical content of the album but it constantly invokes feelings of nostalgia and even this oddball song contributes to it. Album closer ‘Higher Hopes’ and its massively climactic, albeit abrupt, ending almost demands you push play and start the whole thing over again. After several listens the album had wormed it’s way into my head, I found myself humming melodies from different songs as it wound itself inextricably from the memories I was forming during my travels. It became the soundtrack to commuting a long distance, the solitude of air travel and the self reflection that comes from while watching the world from a train window.

Despite how much I personally love the album it is not a perfect creation. Sometimes the mix is a little too dense and it’s hard to differentiate between the instruments. As lovely as the strings sound, at times it seems as if they are over used and bury some of the excellent guitar playing. The final minor (heh) problem is the slight predictability within the arrangements themselves. There’s never much of a surprise as to what’s coming next within each song. Most of these issues are trifling and don’t necessarily detract from the album as a whole and I think they can be chalked up to the relative newness of the band. The member’s pedigree puts more scrutiny on the band and makes it easy for the hyper critical to overlook that this is a very solid debut album.

There will probably be much debate about whether or not this supergroup lives up to the sum of it’s parts or not. I think it works not only as collaboration but also as a beginning to a promising future. If the four core members can bust out an album of this quality without even being in the same room most of the time, I imagine they’ll be a force to be reckoned with after some live dates and their relationships develop more. I hope they are successful enough in this endeavor to carry on. For me, this album will likely go down as one the high points of my year. It’s just the right album at the right time and I’m thankful for that.