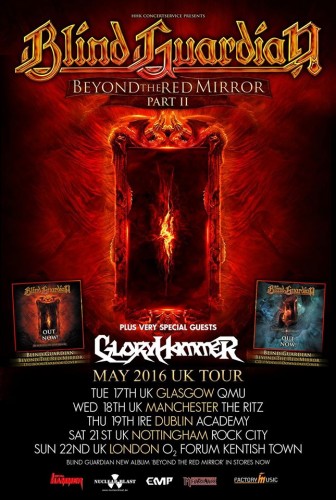 German power metal legends Blind Guardian returned to the UK for the second part of their Beyond the Red Mirror tour, this time taking in several cities rather than just London, which is their usual practice. It did not appear to effect the turnout at the London show however, as the O2 Forum in Kentish Town was packed with an eager and expectant crowd which appears to typify the live Blind Guardian experience. The band have been going for over 30 years now and in that time have cemented a reputation as one of the best live acts of their genre. They also inspire a real level of dedication from their fans, which is why I definitely felt in the minority as one of the few there who had not seen them before. Whetting the appetite for us was Gloryhammer, which is Alestorm frontman Christopher Bowes’ side project, and they bring everything you would expect from a band with that connection. Coming on stage donning fantastically silly costumes gave those of us who were unfamiliar with Gloryhammer an idea of what they were about before they even started playing. Having said that though, I don’t believe there were all that many in the crowd who were not already fans of Gloryhammer, as there was plenty of enthusiasm for them before they even started playing and a great deal of participation when they did. Anybody who came into tonight’s show not fans of the band however, I’m fairly sure would have left wanting to check them out more because Gloryhammer are more than just a novelty act. Their songs are good, they perform them well and they suit the crowd perfectly. It wasn’t so much a warm-up therefore as a kick-start to a fantastic spectacle.

The excitement for Blind Guardian’s entrance was palpable and the crowd exploded into life for the opening song ‘The Ninth Wave’. The level of skill and musicianship demonstrated by Blind Guardian right from the get-go was a pleasure to witness, but so was the way that the crowd responded to them. I had been assured before going to see them that Blind Guardian have the best crowds of any metal band. How exactly one quantifies that objectively, I’m not sure, but when the band went into one of their older favourites ‘Nightfall’ I really started to see what they meant. It seemed as though there was not a single person in the crowd that was not singing along at the top of their lungs, to the extent where sometimes it became rather difficult to actually hear the band themselves. Thankfully is was not an overly common theme of the show because the band were well worth hearing. Guitarists André Olbrich and Marcus Siepen were both on dazzling form swapping lead parts between them throughout the show seamlessly, Frederik Ehmke put in a fantastically solid performance on drums and the touring bassist and keyboardist didn’t falter either. Special mention has to go to Hansi Kürsch though, not just for his vocal performance, but for the way he was able to just effortlessly command the crowd and fill the stage. I think everybody there should be thankful that he didn’t ask us to do anything more extreme than sing and jump around, because I’m pretty sure we would have done whatever he wanted.

Although the tour was to promote their latest album, the set-list drew from a much wider part of Blind Guardian’s collection, with songs taken from albums right back to the start of their career. With such a varied and extensive back catalogue, it can be difficult to please everybody with a set-list but Blind Guardian did a pretty good job of this all-round. What’s more, the set-list was well-balanced between their more speed-metal tracks and the epic ballads, allowing for a nice amount of variety. More recent songs such as ‘Prophecies’ were pulled off just as well as the songs that they’ve been playing for years, though it was clear that the audience’s response was a little more lukewarm for these songs than it was for their classics, or even for some of their lesser-known older songs like ‘Time What Is Time’. Overall it seemed that they judged their audience very well though, and while I usually get a little sick of bands who spend much of the show doing crowd participation when they could be playing some actual songs, with Blind Guardian ‘The Last Candle’ and ‘Valhalla’, which included long periods of singing along from the audience, were undoubtedly the highlights of the show. ‘Imaginations From The Other Side’ brought an end to the first part of proceedings, but unfortunately for Blind Guardian they had just a few too many songs that they simply couldn’t not play left to fool anyone into thinking that they weren’t going to come back for an encore.

In fact, they actually did the whole encore thing twice, which was somewhat tiresome and unnecessary, but it did provide yet another example of how well the crowd responds to them. This part of the show was exclusively for the classics though, and ending on two of their most revered tracks was definitely a very good decision. Witnessing ‘The Bard’s Song (In The Forest)’ performed live was indeed very special as it was the most impressive display of singing from the crowd, and I couldn’t help thinking how for those few minutes it felt more like we were sitting around a campfire having a singalong than at a metal concert and I’m really not sure there are very many bands who could achieve that effect. It certainly couldn’t be said of their closing song ‘Mirror Mirror’ though, which we all knew was coming as it was their only classic left, but it didn’t diminish the enjoyment everybody seemed to feel for it. The thing that I think astounded me most though about this particular show was the fact that the Blind Guardian faithful did not appear to regard it as an abnormally special show despite all this. It was a normal Blind Guardian show and rather it’s the band themselves who are special for being able to pull shows like this off so consistently. Perhaps it’s the kind of music they play, perhaps it’s their experience or perhaps it’s a combination; but either way seeing Blind Guardian should definitely be on everybody’s heavy metal bucket list. Even if you’re not that huge on the band themselves, you will not be wasting your time or your money by going to see them. 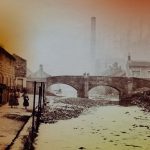 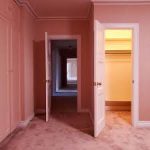 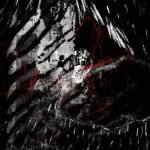