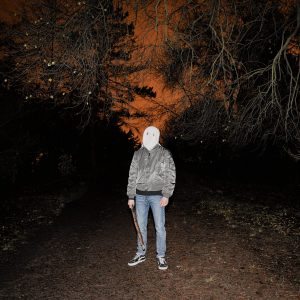 I’m not going to pretend I’m up to date on the hardcore/punk scene in any country. The only thing I’d be able to tell anyone anymore about the genre is that I wish Outbreak had put out one more album. Just to see how it turned out. But then I get albums like The Dog’s The Devil Comes At Night in my e-mail and I wonder why the hell I’m not more connected with this genre like I used to be?

The Wroc?aw, Poland quartet is actually three years old and if you haven’t heard of them yet, it’s about time you had. The Dog is the kind of band that personifies and plays to the “play to destroy” attitude. The songs are short, savage and amazingly catchy. The Dog actually has two releases preluding this. Do they differ much from this release? Nope, but that doesn’t mean you shouldn’t check out those too.

Anyway, The Devil Comes At Night is the first release the band has put through the Polish label Every Day Hate. And the album’s aggressiveness fits the name of the label well. What you get here is simply this: fast, pissed music that churns out aggression that could crush cinder blocks. Seven of the fifteen songs clock in at under a minute but you’ll barely notice. The first track ‘Feed the Worms With Their Guts’ should, by title, should tell you what you’re in store for.

The Dog plays most strongly within the old hardcore/punk and powerviolence, with a dash of fastcore here and there. The album is, simply put, punk as hell, and that’s evident from the first few chords. The disjointed flow of bands like Lights Out! really bleeds through on tracks like ‘I Could Have Done it Better’. The track following, ‘Scripture of Mars’, follows in the old school hardcore/punk mentality of Negative Approach that might just give your neck muscle cramps.

The Dog pay homage to the old powerviolence sound though. Sure there’s plenty of modern feel to the band’s sound but they truly remain in the aforementioned old school. And where the band surprise me the most is how much they remind me of the merciless attack of Threatener. ‘Pathetic Motherfuckers’ (a personal favorite title of mine) brings the blast that Threatener ones did. But that’s not where it ends. There’s a love of bands like Crossed Out, Despise You and Spazz as well.

The Dog play to a lot of genres within the confines of hardcore/punk, however. Yeah their sound is old school, yeah it’s the constant “short, fast, loud” mentality that has existed, but they blend the styles they approach so well; as though they hit the puree switch and concocted the best of all worlds. It’s the song writing that will get you moving. There’s hundreds of bands playing to this style but The Dog actually manage to be interesting and engaging. It’s a brick to the face and a broken bottle to the stomach.

The Dog plays to the genre, but the song writing is top notch; unforgiving, relentless, savage and purely destructive. There’s no reason to ignore this. If you haven’t heard The Dog yet and dig aural destruction, then it’s time to get on this. Play to destroy. No mercy, no mercy.