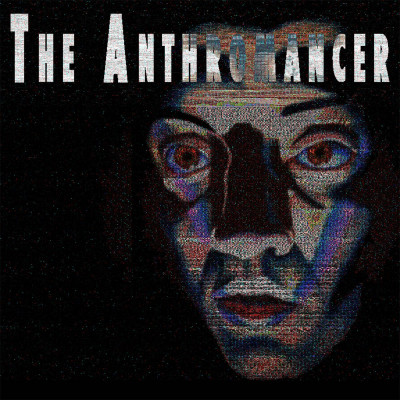 The Anthromancer by The Goat Wizard

Since the release of Mastodon’s The Hunter, goats seem to have become popular in the weirder realms of music. Goats may well have been popular before; they, of course, have been popular representations of the Devil for aeons so it all, really, makes sense.

Enter, The Goat Wizard, a progressive/math-rock quintet from Appleton, Wisconsin. They began their trade at Lawrence University in the Summer of 2015 when Luis Gonzalez (guitar) and Will Patton (bass) released the demos for their new project. As Autumn, or fall, came, Alex Kurki, Greyson Sztuczko (guitars) and Liam McCarty (drums) all joined the band and their ongoing experience and writing saw them recorded and produced their debut album The Anthromancer in the Spring of 2016.

This album is heavily instrumental, and though the vocals are present, it takes until the third song ‘Kamikaze Scheme’ before they are heard, with different styles and dynamics being incorporated in the latter songs. This song itself introduces more ska and post-punk elements instead of the strictly math based approach as advertised. The entire album is a mash of elements; ‘Do Says’ for instance sounds like an ambient progressive rock song from the mid-2000s, with the brief ‘Xitana’ exemplifying the math-rock roots that band pride themselves on.

‘Santana Sacrifice’ is one of two songs exceeding 9 minutes in length, and shows of the bands heavier performances, as well as some bizarre post-rock inspired passages before culminated in a great guitar-enforced finale. The other song over 9 minutes, also the album’s closer, ‘Uncle Kevin’ seemingly takes elements of the whole album, whilst also focussing a lot of energy on the vocal melodies. This too builds up over the course of several minutes and ends in a massive instrumental explosion.

It’s convoluted, and instead of one single album this is a collection of themed EPs, only they’ve literally been smashed together. All this is meant positively, there is some great creativity on this album and for a group of young men creating this entirely by themselves is a great feat. With more focus, The Goat Wizard should refine their style without limiting themselves. The album is very raw, and through listening to it, it is quite easy to imagine how captivating their live shows must be. There’s a lot of energy, and as mentioned, a lot of creativity here, and on the whole, The Anthromancer is a barrel of joy.