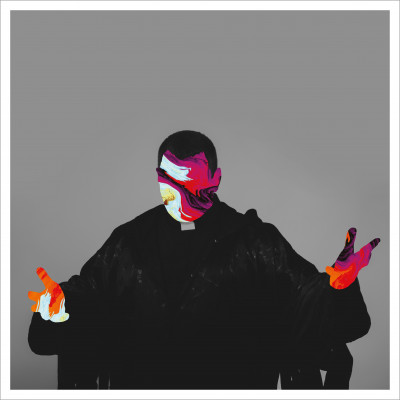 When the rest of the world fell into a black hole in 2016, Newcastle for whatever reason was spat back out. The multifaceted scene building there in recent years blended doom metal, stoner rock and modern psyche music to create a distinctive sound channeled by the likes of Blown Out, Grotto and of course Pigs, Pigs, Pigs, Pigs, Pigs, Pigs, Pigs. The scene gradually got more and more stellar releases this year and more and more recognition but the reason why it is one of the only reasons I’m excited for 2017 is that Newcastle next year will give us more releases from the nascent label Eggs in Aspic whose bands Oulo Space Jam Collective, The Cult of Dom Keller and Skyjelly have been solid in 2016 as well as the first ever Newcastle Psyche Fest and of course the debut of Pigs x7 on Rocket Recordings; arguably the best independent label on the planet. I also know that we haven’t heard the last of Newcastle’s own Rail Cables whose seasonal releases and radio shows have entertained me for years now.

‘Psychopomp’ opens the album and whilst longterm fans might gripe with the fact that they’d heard the demo of that song before, I just wanna take a moment to tell those people to fuck off right now. This is not about you. This is about the actualisation of the music into the form it was always intended to take. From the opening guitar squeal we are dragged off into an assault of riffs, battering the listener with pulverising stoner rock jabs and electrifying the brain with psychedelic lead guitar permutations. A powerful bark howls through the track delivering a genuine performance and intensity that eludes the vast majority of singers. It’s astonishing really, so many people waste their time trying to be heavy and using a bunch of disingenuous vocal techniques to sound like a monster from a kids film and the result is always sounding like a boring, pretentious, affected, cunt. Note: if you are trying to be heavy, you are not heavy, your music is gonna represent you as a wanna-be and an affectation because the sound an artist makes is a sound that expresses who they are and how they think and feel. The problem with art is that there’s money involved so all sorts of assholes get involved and if you’re discerning and you’ve had experience with extreme emotions you can quickly spot a fake. Pigs x7 are not fake, they’re the real deal. It sounds like they’re playing straight from the grotty heart of misery, rage and despair. That’s the North of England for you. The fifteen minute odyssey hits all the right spots, at all the right times for all the right lengths. If you want a sample of the Newcastle scene listen to this track and you’ll hear all of the scene’s components done as well as they are by anyone else. The stoner rock opening gives way to psyche and doom and the doom gives way to a more straight forward approach towards metal, “I am the demon of time, I am the darkness”. It’s almost as if the track has a symmetrical structure as it once again builds through to psyche but this time it’s like the lovechild of Hey Colossus and a band like Blown out or Yuri Gagarin or even the Oulo Space Jam Collective, the fiery conclusion of mind-bending guitar shredding and cacophonous drums against brutalist screams is nothing short of astounding. If you are gonna establish yourself in one song, that’s how it is done.

I’d make the argument that ‘Sweet Relief’ is a reference to Black Sabbath and their song ‘Sweet Leaf’, I don’t care if I’m wrong, the point remains, the influence of Black Sabbath on the band is evident as their influence on pretty much any decent band of the past few decades has been. For most people, this will be the first track by Pigs x7 that they hear and what they’ll get is a song that merges the likes of Sabbath and Red Fang with sprawling cerebral guitar work and an overall intensity that is pretty much only found these days on Rocket. It goes to show they’re a perfect match. I do feel as though they were the missing link for Rocket though, this gruff addition to the roster pads it out in an area where it was almost unrepresented; straight forward, adrenaline-pumping, crowd-moving, rock(?).

The third and final song on Feed The Rats is ‘Icon’ and it is delightfully heavy, packing all the charging power of a mastodon with a scotch bonnet up his ass. Psyche drenched chaos spitting instrumentation like rocks in a landslide. The lead guitar work in this track is particularly marvellous; it’s the sort of hideous yet beautiful and alluring thing that seems so impossibly dichotomous that it shouldn’t exist, I guess that’s what people used to call “gnarly” or “cool” or whatever. All I can say is that it’s really fucking good; whirlwind through chaos leaving all who hear it with ringing ears and melted faces like the fucking of ark of the covenant or something equally capable of mutilating the average countenance.

Feed The Rats has proven a lot of things; it proves that Rocket Recordings made a great call and their best signing in years, it proves that the Newcastle scene is about to erupt and finally it proves that Pigsx7 are the band we all need right now…even if we don’t deserve ’em.