(((O))) Review: All Them Witches – Sleeping Through The War 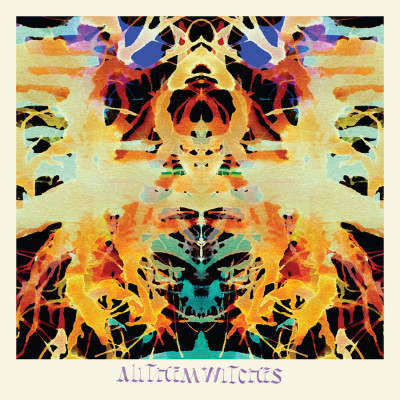 Sleeping Through The War by All Them Witches

All Them Witches promised us that “you’re gonna freak out” when we heard this album. It was a big call – after all, their previous record, Dying Surfer Meets His Maker, was awesome. There was a danger that it could collapse under the weight of expectation. Thankfully this band has grown into a broad-shouldered unit, able to carry that weight. And they have also fulfilled the potential they hinted at with Dying Surfer… with Sleeping Through The War, their second for New West Records. And it seems they did it through old-fashioned means: hard work, staying organised and hiring an inspirational producer.

You see, this album was destined to be different from the start. Dying Surfer… was made in a remote cabin in which the band slept, played, ate and smoked. In fact their previous recordings were largely composed in the studio using a similar method to the seminal German/Japanese outfit Can, splicing one jam to another, adding lyrics here and there. For this one, however, they used a different take. Firstly they enlisted what they termed a “super hot producer” – Dave Cobb, who is known for bringing the best out of outlaw country stars like Sturgill Simpson and Shooter Jennings (son of Waylon) – and cooped themselves up in a rehearsal space to write for six days. They then spent another six days recording with Cobb and a bunch of musical toys (everyone except the drummer got a turn on the Mellotron, judging by the liner notes in the album) and hey presto.

And just as the methods were different, so is the outcome. Where Dying Surfer… had long, languid jams which flowed into one another (I likened it to looking at the changing scenery out of a car window on a long road trip), Sleeping Through The War is more focused; their songs have more structure. In fact guitarist Ben McLeod said in an interview with us in 2016: “I feel like the end result was actually better doing it in the studio with a producer and stuff because we were able to stay on track.”

He’s right. In All Them Witches’ previous releases, as enjoyable as the jams were, when they stayed focused they were able to come up with some absolute gems. And under the guidance of Cobb, they have been able to make every song on this record amazing, in sound and scope. Starting with ‘Bulls’, which begins in a low-key manner, with backing vocals from alt-country singer-songwriters Erin Rae and Caitlin Rose, then doubles in speed with additional surf-guitar style reverb and fuzzy keyboards.

At this juncture it is worth broaching the question that is no doubt wriggling at the back of your minds: have All Them Witches gone … country? With Cobb – credited in some circles with revitalising the entire genre – their guest artists, the record label and the fact the band are from Nashville, it is a valid query. And the answer is: no. Sure, there are nods to their town’s country and blues roots – as there have been in previous albums – but the psychedelia and brooding heaviness is still there.

‘Don’t Bring Me No Coffee’ follows ‘Bulls’ and it sounds like a songwriting collaboration between Bruce Springsteen and Michael Stipe, steeped as it is in Americana and perplexing lyrics, as well as boasting an impressive quiet-loud-quiet chorus, in which the protagonist shouts the reason for not wanting coffee in emphatic, if grin-inducing, fashion: “‘Cause I don’t like the taste!”

The next two tracks, ‘Bruce Lee’ and ‘3-5-7’ are the most accessible on the album; the former channeling the band’s inner Britpop gene and the latter sounding it formed from one of their aforementioned jams – it contains some super satisfying guitar phrasing from McLeod.

And from here, the songs get longer – and deeper. ‘Am I Going Up’ is a widescreen trip with droning keyboards that demand a desert landscape to stare at.  ‘Alabaster’, on the other hand, shuffles along in a malevolent fashion, with lyrics like “I’ve seen the demon’s real face; I know the preacher’s face; I know the churchyard’s face; I know the president’s face; I know my father’s face. Every day they look more and more like me” with popping percussion accompaniment that brings to mind Santana’s Caravanserai, before a false fade catches you unawares.

‘Cowboy Kirk’ is the album’s highlight and it would be one for lying with your eyes closed in direct sunlight, if it wasn’t for the dark lyrics (sample: “Love you like chewing stones”). The bitter theme aside, the middle eight contains a gigantic hook which warrants repeated listening. The album closes with the longest song, ‘Guess I’ll Go Live on the Internet’, which is driven by an undercurrent of Fender Rhodes keyboard and a searing harmonica solo from Mickey Raphael. It is the closest to the jam-derived numbers from albums past and provides a fitting end to this one.

All Them Witches should be proud as hell over this album. Because it is a masterpiece.