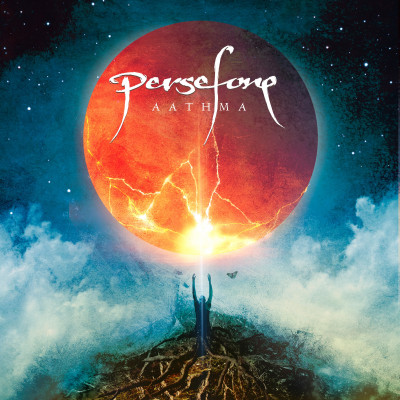 They say big things come in small packages. In this case, big things also come from small countries, specifically Andorra. Andorra is a tiny, independent principality situated between France and Spain in the Pyrenees mountains. It is known mostly for its ski resorts, but around here, it is known as the home of progressive death metal band Persefone. Founded in 2001, the band has always had grander things in mind. Hell, their second album was the 70 minute, three songs opus, Core. As time has passed, Persefone has continued to hone their craft. With the band’s latest album, Aathma, released via ViciSolum Productions on February 24, 2017, we continue to hear an evolution in their sound.

For as much of a fan of Persefone as I am, and as much as I liked their last record, I have to say it was just as hard for me to get into Aathma as it was Spiritual Migration. Their sound can be so complex; it can take some time to grow on you. I don’t mean this in a bad way, it just may take five or twelve listens to really hear everything that’s going on. Plus, Persefone’s delivery is every bit as smooth as it is complex. Therefore, if you have Aathma on in the background, you’ll find you’ve been listening for almost an hour and you’re on the last song before you know it.

Of the thirteen tracks on Aathma there are really only six songs. The two opening “songs”, ‘An Infinitesmal Spark’ and ‘One of Many…’ (Complete with speak over by Paul Masvidal), are just intros to the first full track ‘Prison Skin’. Opening with a flurry of keyboard and double kick drums, the contrast between Marc Martins’ harsh vocals and Miguel Espinosa’s clean vocals over the stunted rhythms becomes the focal point. ‘Spirals within Thy Being’ is more of the same, but for me the focus is more on the dual guitars of Carlos Lozano and Filipe Baldaia. Their jittery riffs pepper this song all the way through, and the fleet fingered solo rules.

‘Cosmic Walkers’ soothes things as an extension/outro of this song. ‘No Faced Mindless’ again starts off with a whirlwind of instruments. Its on/off time signatures are as relentless throughout the song as drummer Sergi Verdeguer’s attack behind the kit. On what sounds like an ode to his Alma Mata, Mr. Masvidal makes another, more meaningful appearance on ‘Living Waves’, joining Espinosa to be the light to Martins’ dark. After another interlude, the beautiful ‘Vacuum’, ‘Stillness is Timeless’ starts out almost bluesy with an organ laden opening before it goes full melo-death windmill headbang. It’s not consistent, but nothing on this record is, other than the fantastic musicianship.

Aathma closes with its nearly 20 minute title track, broken up into four parts. Here Persefone does what they do best, and brings it all home in one majestic chunk. One highlight of the four parts is the amazing guitar solo played by Øystein Landsverk of Leprous on ‘Part III: One with the Light’. Another is the contrasting yet elegant final chapter, ‘Part IV. …Many of One,’ featuring Merethe Soltvedt on vocals.

Persefone runs the gambit of progressive metal, giving any fan something to appreciate when listening to their music. They have all the bases covered, whether it be death, tech, melodic, ambient, or even djent. Persefone’s tagline is “Innovative music for the open-minded listener.” This could never be more true than with Aathma. Just as it took me some time to love this album, any other open-minded music lover will probably do the same.