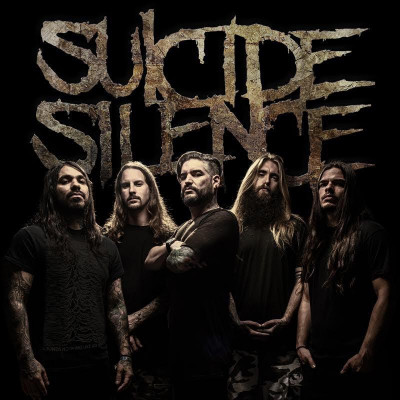 Okay, close your eyes. No, really, close your eyes. Okay, imagine you’ve never heard of Suicide Silence before. You’ve never listened to any of their music, seen any of their videos, and definitely don’t know anything about Mitch Lucker. Now, put your headphones on or get in your car and hit play on the new album from this band you have no clue about. What would your first reactions be? After all of the back and forth about the earliest samplings of Suicide Silence’s new self-titled record, petition, and all, this is how I decided to approach listening to it before its release on February 24, 2017 via Nuclear Blast Records.

My initial thought after opening song/lead single ‘Doris’ moves through is “I thought the Deftones just put out an album?” *FULL DISCLOSURE* I CAN’T STAND the Deftones. I’ve really tried to like them over the years, but I just can’t do it. Therefore, this record has one strike against it already. Eddie Hermida’s “clean” vocals are a little harsher than Chino Moreno’s, but the idea seems to be the same. The tune is also very disjointed with tons of reverb. The guitar buzz in the background is odd as well. You soon find that this is the overall feel of the album: disjointed and odd. ‘Silence’ comes up next, presenting a little better flow with more of Hermida’s erratic vocals. ‘Listen’ and ‘Dying in a Red Room’ follow the same pattern. By the time you get through the psychotic screams, wailing, and pig squeals of the next track, ‘Hold Me Up, Hold Me Down,’ Hermida’s clean vocals are a welcome break. The remaining tracks follow more of the same flow as the front half of the album. One bright spot on the album has to be the work of lead guitarist Mark Heylmun. His ambient riffs and frenetic solos convey the overall feeling of the record more than any other musician present.

I’ve heard interviews with Eddie Hermida, and he feels that this is some of the best music Suicide Silence has ever released. I think he truly believes that, because to make this hard of a left turn with your sound, you would have to be totally committed and proud of what you’ve accomplished. The band laid all their ideas on the table for producer Ross Robinson, and he did his job by bringing out the best of those ideas. Recording the band live in the studio, with no click tracks or samples, to analog tape, gives Suicide Silence the grit and grimy feel that this brand of psychosis needs. If you could somehow smash together Korn, the Deftones, and Slipknot’s debut albums together, you would have Suicide Silence. Unfortunately, as cool as that sounds, it just doesn’t turn out that way.