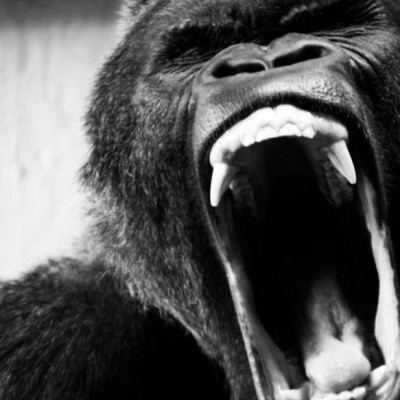 Having no prior knowledge of guitarist Jeff Aug, his resume comes across as somewhat impressive.  Having toured with Allan Holdsworth, Soft Machine, Albert Lee, and performing shows with Jawbox, Shudder To Think, and Bodycount, it was time for this musician to focus on a new project.

Enter Ape Shifter.  The instrumental power-trio plays a stripped-down version of up-tempo prog rock with a jam band type atmosphere.  The band’s self-titled debut album brings all this out of the speakers with a live ambiance.

‘Uhluhtc’ starts the album off with fuzzy guitar with fade-in drums and a bottom heavy bass background to push this opening track into a solid prog-rock groove.  It’s upbeat and energetic, which sets the tone for the rest of the album.  ‘Revolution Summer’ follows as a medium-paced rocker focusing on the guitars, with capable lead work being put forth over the course of the song by Aug.  ‘Desert Rock’ features dirty distortion and a hard edge to define this song.  The title of the track would suggest it would come off as that type of genre, but it doesn’t at all.  Perhaps it’s just about a rock in a desert?

‘Dopamatic’ slips into a great groove with feverish drum patterns from Kurty Munch and bass lines that accent from Florian Walter.  ‘Hot Rod is a high energy track with an almost metal type drive to it, while

‘Verdammt’ keeps the pace going with thick power chords.  ‘Dead Tuna Boogie’ definitely does live up to the ‘boogie’ line, as it bounces and bops with conviction.  And other notable tune ‘Sakrotani’ gives me the feeling that the song title is a tongue-in-cheek way to pay homage to guitar legend Joe Satriani, as this song reeks of tribute.  In that respect it’s done well, however it’s a little too obvious to guitar-centric aficionados like me.

The main directive of the band seems to be to have guitarist Jeff Aug as the prime piece of the spotlight.  In that sense, I could’ve seen this record being popular on the legendary Shrapnel Records label back in the day as it tends to have that type of sound.  And speaking of sound, a big complaint is that the production comes across as trebly and somewhat distorted. It could use a certain warmth in the sound, and if it had that, it would be much more ear-pleasing at least to myself.

And while the music is well played with some interesting takes on the rock instrumental spectrum, it just isn’t compelling enough of an album for me to come back to repeatedly.  It just doesn’t have it’s own unique stamp that gives it a special place for this particular genre.  It’s great for what it is as far as some short and sweet dirty instrumental hard rock, but that’s where it ends for me.  I want to like it a lot more, but the sound is just missing that certain something.  Perhaps better production and some variance in the song ideas could’ve latched me on as a fan.