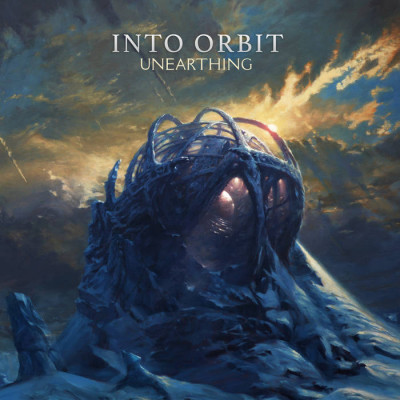 Unearthing by Into Orbit

New Zealand’s Into Orbit are back with another full-length release to follow up their impressive debut Caverns. I really enjoyed the instrumental duo’s debut so I was eager to give their new album Unearthing a listen.

Unearthing was a curious title, one definition defines unearthing as “to discover by investigation or searching.” After a listen to the album I discovered Into Orbit have released another stellar collection of melodic instrumental rock/metal that builds on the towering cornerstone of Caverns. The band add eight more imaginative tracks to their catalogue.

The music is based primarily on instrumental and progressive metal, but the duo never constrain themselves to that. If the song needs doom metal the song gets doom metal or atmospheric metal… The variety of sonic ear candy on this album is massive!

The tracks ooze character and a cultivated arrangement. The vivid bass intro of ‘Stone Circles’ grabs the ear as the track descends into its shimmering, colourful melodies. The album ends with the climatic, ascending build of ‘Gilgamesh’. Drummer Ian Moir sounds like three drummers as he kicks the tempo into overdrive. The instruments themselves sound clean, rich and full of substance like the killer drum intonation in rocking track ‘The Archer’.

Into Orbit’s instrumental songwriting savvy and meticulous musicianship is on display throughout Unearthing. The unique cogent songs capture, mesmerise and invigorate the sonic soul. The album is rooted in metal but includes many diverse and aurally alluring sounds. A highly recommended listen for fans of challenging instrumental metal music.