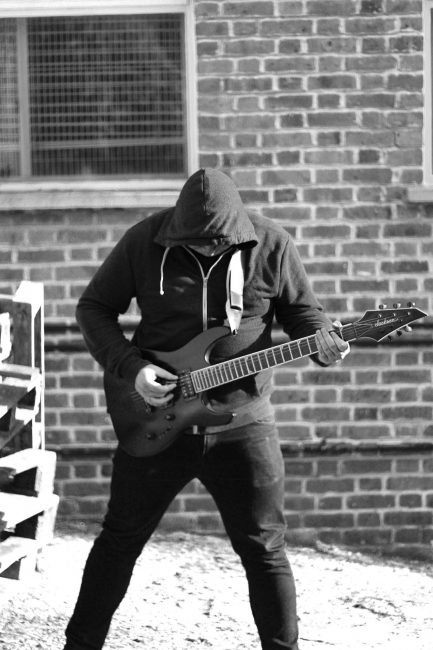 From the onset of Faces Turn Away, an all-encompassing sense of existential dread and claustrophobic anxiety hits you and builds to a crescendo before everything descends into dread and finally nothingness. An album about the misery, futility, and madness of modern urban life, related in some ways to releases by netra, but foregoing much of the trip-hop influence for a more abrasive and gritty black metal root that feels both urgent and cavernous. Besides its black metal root, the album also knows when to slow to a crawling funeral dirge to convey total despair and the loss of hope. A modern twist on classic black metal marked by unconventional and enigmatic twists that are both genuine and timely.

Kassad is a one man black metal project and first began with an EP entitled Humans in January 2016, A year later, Kassad released Faces Turn Away, the debut album independently on Bandcamp. Now, a few months later Kassad’s debut album will be released on Hypnotic Dirge Records in a 4 panel sleeve with a booklet and sticker.

Album release is set for July 6, 2017 in a limitation of 300 copies. Recommended for fans of: netra, Burzum, Darkspace. Faces Turn Away is available for pre-order through here. Listen to the track ‘Void’ here: