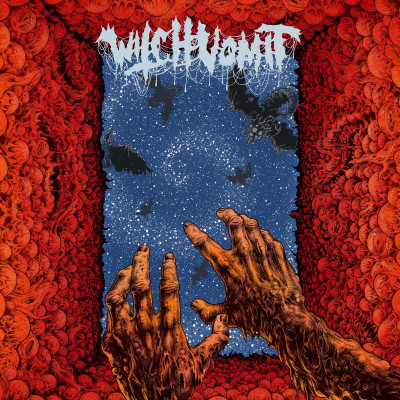 I’ll lay my cards on the table straight away here….I’m generally not the biggest fan of death metal. Yet, paradoxically, two of my favourite bands are Misery Index and Skinless. However, given that I tend to somnambulate through life in a form of perpetual confusion this contradiction perhaps shouldn’t be surprising.

I mention all this because when a band is described as being death metal I often have both a limited idea of what to expect and no great presumption that I’ll like it once I’ve heard it. The continuum stretching from death metal to its black-sheep, bastard cousin grindcore spans some of the most brutal and extreme music of the metal genre created by bands I like (Morbid Angel, Death, Carcass) through to bands that leave me utterly unmoved (Autopsy, Cannibal Corpse). I tend to have a particular aversion to so-called “technical” death metal – surgically precise in its execution but, to my ears, often coldly lacking in soul.

So, after laying out all that ambiguity…on to the dark matter in hand. What lured me to the fold of Witch Vomit is the fact they’re on 20 Buck Spin, one of those small-yet-worthy labels whose endorsement tends to be a guarantor of some degree of quality. A trio from Portland, Oregon, Witch Vomit have been spewing forth unholy noise since 2012 through four releases with Poisoned Blood being the latest addition to their canon of musical filth.

There’s a brief intro which sounds like a sample from a vintage horror movie, then the listener is head-first immersed in a cacophonous, riff-stew. A tasty, meaty stew, possibly with a hint of human entrails. One of my favourite death metal albums of recent years is Pissgrave’s Suicide Euphoria and I’d say that represents a decent reference point for Witch Vomit’s style. With four tracks hurtling along thereafter, this mini album is shor,t but it isn’t sweet. It’s sour and it’s malevolent. A soup of acid-dissolved flesh and severed limbs. There’s a d-beat tone to the guitars and a chugging, relentless pace to the 20-or-so minutes of what is undoubtedly my favourite death-y album of the year so far.

Poisoned Blood may leave you feeling dirty, but in a good way. Cleanliness is for the self-righteous, Jesus worshippers out there. Fuck them. Satan loves dirt.