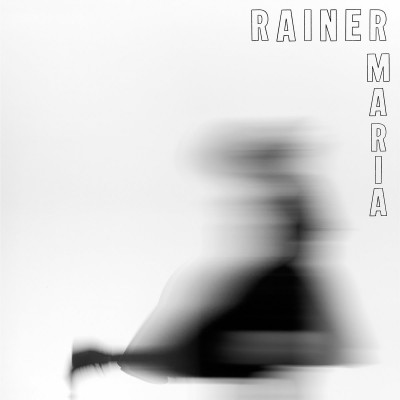 It’s been over a decade since the last Rainer Maria release.  With their fifth full-length, S/T, the band unveils their most confident and aggressive album to date.

Rainer Maria began their journey in Madison, WI, laying their path with sincerity and raw emotion.  Two decades later, now located in New York, their signature intensity has anything but abated.  Rainer Maria wastes no time with their revival.  On their first single, ‘Lower Worlds,’ William Keuhn’s drums preserve the rhythmic assault as a necessary foundation for the other members.  “SLAM SHUT THE DOOR!” reoccurs throughout the track, only to finish with De Marrais and Fischer collectively singing this full throttle.

S/T’s ‘Broke Open Love,’ quickly showcases the bands foundational sounds: Jangly guitars, poignant bass lines and compelling percussion.  The always lyrically versed trio show no signs of holding back, as the record’s tone is opened with “I powered up/owned who I was/changed how I look/broke open love.”  S/T has selective moments that teeter with feelings similar to those of pop anthems.  With that, the catchy chorus of ‘Forest Mattress’ is trumped by a dissonant verse lead by Fischer’s guitar notes battling one another.

The arrangement of this record feels more structured, and the production more powerful, thanks to the band’s drummer and producer, William Keuhn.  Each track is thicker and more driving than previous releases, yet still possessing the clarity and beauty of each layer.  “Possession” sounds as if everything was hammered through a tape machine, while dishing out a little more crunch in post-production.  ‘Communicator’ continues this trend, with a propulsive rock beginning, lead off with De Marrais’ vocals “I’m afraid to look at my myself/be a dear, turn the light down.”

In the age of lengthy tracks and records, it’s refreshing to hear an album that’s conscious of over-writing.  As soon as the last track, Hellebore, kicks in, you have the idea that this is the culmination of S/T.   Even with this feeling, the album is so timely and fluid that, when it does end, you immediately want more.

Rainer Maria’s resurgence has proven to be fresh and stimulating, while still retaining their Midwest roots.  In two hours, S/T had three consecutive full spins in my player.  With each listen, the album grew more emotional, more electric, and more alive.  The band has put out a fabulous piece of work that only solidifies their commitment and motivation to the entity that is Rainer Maria.