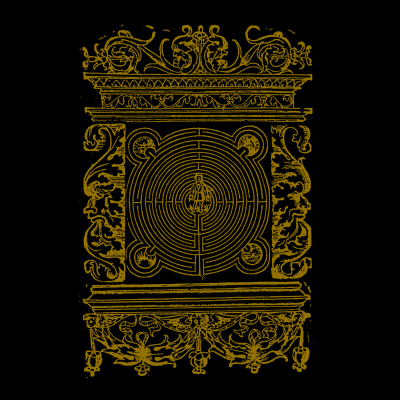 While discerning listeners may have spotted the digital version of the self-titled album back in 2016, there appears to be precious little information available about who exactly is behind the solo black metal project, Vessel of Iniquity. Now with the imminent release of a physical version of their debut album, on Sentient Ruin Laboratories (US) and Xenoglossy Productions (EU), the work has been attributed to a mysterious UK-based artist known as SP White.

Self-described as “Ritual Black Metal Noise Invocation”, Vessel of Iniquity’s positively unholy discord looks to defy easy categorization from the offset as, after a brief percussive introduction, a tidal-wave of pulverizing blast-beats and soaring electronic noise plunges listeners into a disorientating whirlpool of aural mayhem on opening track ‘Voice of Existential Terror’. The escalating horror ends almost as soon as it began, the track seemingly collapsing in on itself and ending with a deceptively subdued coda, which then quickly gives way to the steadily escalating tremolo guitar, and blistering drums of ‘Where Even Nothing Is Something’.

Whilst this experience could, on the face of it, sound draining, White throws in the occasional break before dragging you back into the swirling abyss. Final track ‘Chronozon’ pushes White’s, tortured vocals, which had previously lurked at the periphery of the sonic maelstrom, to the forefront of the track. This time rather than the frantic, screams, croaks and snarls that featured on the former tracks, they’re slowed to a repeating solemn invocation, whilst White’s musical arsenal, coalesces behind them to signal the final descent into sonic horror.

It is a terrifying and entirely appropriate end to the mini-LP which, at 15 minutes is as tantalizing as it is unsettling. As well nods to the blackened, metallic experiments of Gnaw Their Tongue or the oceanic, psychedelic funeral doom of Murmuüre. Listening to Vessel of Iniquity is like a brush with Lovecraft’s horror, or the existential musings of Ligotti. Its very existence is seemingly set-up into pushing listeners to confront the very boundaries of what could previously be considered possible or in this case musical. But like the aforementioned authors, those who dare will be richly rewarded.

EU customers can order the release through here.