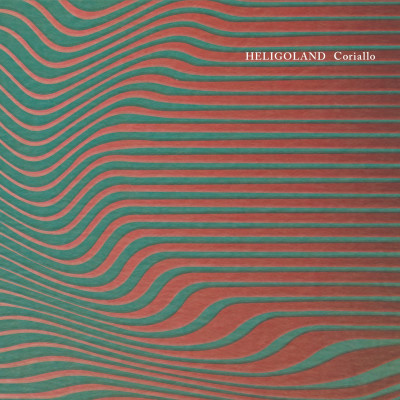 With releases dating as far back as 2003, it is perhaps a surprise that Australian Dream-pop band Heligoland aren’t better known. Their incredibly velvety musical textures combined with ethereal vocals is nothing short of gorgeous. Across the five tracks presented on Coriallo, we are shown exactly what it is that makes Heligoland a band worth keeping your eye on, a band who effortlessly conjures up such a beautiful myriad of dreamy post-rock inflected, ambient-shoegaze sounding dream-pop. It’s quite a cocktail, but one that isn’t muddled or confusing in its execution, but rather as beautifully dreamy as you’d truly hope it would be.

At the core of the music are wonderful ambient textures, rising up into beautiful swirls that accompany wonderful vocals that completely wrap around the music with such an effortless ease. There are elements of post-rock in a few of the tracks, where the texture of the instruments is heavily emphasised to great effect, which works wonderfully with the ambient layers also occurring in the tracks. Combined with a sort of shoegaze aesthetic, with a hint of trip-hop thrown in for some good measure, this feels like a smorgasbord of genres, and yet the whole thing works wonderfully. It’s accessible, dreamy and lovely, and even though it is their latest release, it works wonderfully as an introduction to their wonderful discography.

Heligoland’s latest EP Coriallo is nothing short of delightful. It is music that has the power to soothe and lull the listener in thick wavy soundscapes that wrap around you in a warming gentle glow. It’s an incredibly strong release, one which shows off the great talents Heligoland have as a band, showing the great strides they’ve made since their early years in music. With it being such a short EP, it leaves the listener wanting just that little more, which in my opinion has always been the effect an EP should be giving off when it is over.