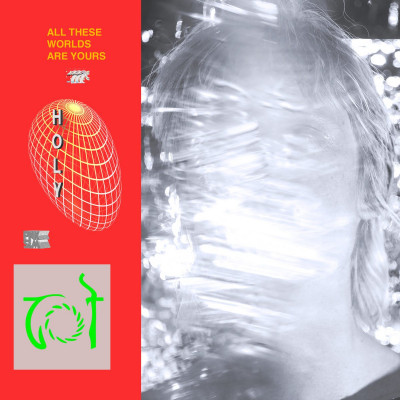 All These Worlds Are Yours by HOLY

HOLY aka Swedish singer, songwriter and instrumentalist Hannes Ferm has just dropped his second album, All These Worlds Are Yours, which comes soaring over shimmering waters from Stockholm. Ferm has been making waves since his debut in 2014 due to his uniquely soft take on garage rock which has got him the attention of Thee Oh Sees and even Brian Jonestown Massacre in the past. This new project sees him float up from more traditional garage rock jams and into a surreal synth pop filled starry night sky and beyond.

The album title is taken from a book about alien life forms giving to Ferm by his sister and covers areas of vast contemplation throwing the bucket into deep imaginative wells and bringing up some strong emotive feelings. It jumps from dissociated dreamlike states in both the subconscious and unconscious to real life emotional and personal struggles, really blurring the line of reality and taking you somewhere truly alien.

‘Night On Earth’ opens the album dealing with narcotic tendencies of the past and distorted thoughts of the future as drums bump you down a spiralling plughole of piano and guitar chords. ‘Premonition / ◯/ it shines through’ is an interesting three part experiment which explores the oddities of modern indie pop with similarities to Tame Impala and MGMT but with Ferm displaying a vastly wider vocal tone. This song is a rollercoaster above and under emotions shielded by a gleaming exterior and has the feel of jumping into a pool and climbing back out again. ‘Dreaming Still?’ provides more interesting use of synth and unworldly guitars. The song breaks down in the middle with the trademark John Dwyer yelp followed by droning repetition before re-establishing itself into something more controlled again in the latter half of the song.

‘all these worlds are yours’ the title track really holds this project together, it’s beautiful. The song kicks off with some fierce guitar buzzes before the piano starts to part the clouds with a hypnotic melody. The sun soon shines through as warm guitars and treacly vocals melt down. It’s a true embrace of the albums ideas about alienation as a form of escapism. It tells a somehow nostalgic story of all the struggles, anxieties and gloom of modern day life in an affirming optimistic way. The layering of instrumentation and vocals are amazing, enough to keep me dreaming day and night. ‘ৌ alien life??’ is a spaced out and reluctant goodbye from Ferm to his rural life in Umeå transitioning into city living in Stockholm. ‘In Lack of Light’ shows nice song writing ability with Ferm’s vocals sounding almost Morrissey through purrs and changes of pace with the Bowie influence also worn boldly on the sleeve. This is the final statement as Ferm gets abducted into a new musical plane.

I am really enjoying All These Worlds Are Yours and think it displays braveness and honesty of emotion that comes whispering straight from Ferm’s heart, it’s definitely got some happy and woeful thoughts for valentine’s day. The light clean sound sets a perfect sensitivity for the sort emotions and states that are explored. Overall all I think the maturity of taste shines through from art pop to glam rock but all this is eclipsed by a new sound HOLY musters on this project. One to watch I think.