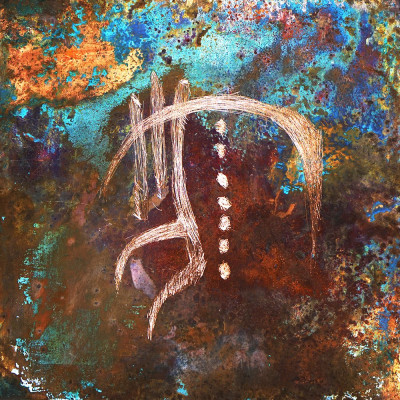 There’s a lot of nuance and variation in so-called ‘extreme’ music, with one person’s notion of extreme being another’s middle of the road. Vocal style can engage a listener or turn them off completely. For me, some bands are no-go areas not because I dislike the music but because I can’t bear the vocals – growling or grunting I don’t mind whereas screaming turns me right off. I got thinking about this while listening to DDENT’s latest release, Toro, which, ironically enough, doesn’t contain any vocals at all. Listening to this heavy instrumental record made me wonder about how some bands earn the ‘extreme’ label. Take away the gruff vocals, and many bands that make out-there heavy music would sound quite middle-of-the-road heavy instead. DDENT play expansive, progressive, instrumental heavy music, which at times would have you imagine a growling vocalist just about to draw breath and join in.

Toro is the second album by this Parisian duo of guitarist and multi-instrumentalist Louis Lambert and drummer Marc Le Saux. It’s recorded and produced by Chris Fielding, who also worked on their debut, آكتئاب. The translation of that title is melancholy, or depression, and the first album is a solid slab of instrumental doom metal. The debut has a very visceral, sometimes harsh, edge that sounds fresh. It’s currently available on Bandcamp with a ‘name your price’ tag. Well worth a listen.

DDENT’s new album, Toro, shows signs of progression and maturity. There are fewer edges, and it’s a little more considered. Opener ‘Dans La Roseraie’ starts with some atmospherics and strummed chords before an anticipatory lull. Over the first few minutes the tension starts to build, as the edgy percussion and strummed strings entice the listener and the tension is ratcheted up, notch by notch. This skilful development of tension and atmosphere makes ‘Toro’ sound a lot more post-metal than its predecessor. This is followed by an almighty thundering riff that wouldn’t sound out of place on a Cult of Luna record. On first listen is precisely the point where I expected a vocal to kick in, but of course it doesn’t and that’s where the skill lies in making instrumental metal – being able to fill the space without need for a vocalist. It’s glorious stuff, and this track is well worth the price of the CD alone. This is instrumental music without need of vocals.

Following track ‘Dis à La Lune qu’Elle Vienne’ (all the French titles are based on poetry by Federico Garcia Lorca) continues this vein, using atmosphere and carefully paced heaviness to let the music build, then fall back, then build again. There are some doomy riffs but it’s not continually heavy: the dynamic is very effective and holds the listener’s interest. The obvious comparisons with heavy instrumental post-rock acts like Pelican or Red Sparrowes don’t apply so much as more psych/doom-oriented outfits like Shrinebuilder and Monkey3. Although a lot of DDENT’s music is doomy, it’s never slow – most songs are mid-paced, with a lot of detail rather than relying on a glacially slow riff.

Later tracks, such as ‘Longue, Obscure et Triste Lune’ have a heavy post-rock aesthetic, or not so heavy in the case of ‘Torse de Marbre’, which has a lighter sound, although the darkness and tension are never far away. Later on, ‘La Pluie Emplit Sa Bouche’ and ‘Noir Taureau de Douleur’ use metal mixed with post-rock structures to great effect.

The theme of the album is Garcia Lorca’s poetry and the creative force that possesses the artist. The press release says that the the album’s main character is a quest to find truth in a creativity-free world. The impression of introspection definitely comes across in the music that DDENT make. To create such engaging textures with what seems at first like a fairly limited sonic palette is very impressive. But the music isn’t limited – all of the songs have a different character, and the variety and nuance are stunning. Lack of a vocalist gives freedom rather than making the music more limited. This sophomore album by DDENT shows a progression and growing maturity in their sound. I’d heartily recommend it for those looking for intelligent instrumental rock music with a whole lot of heavy thrown in. 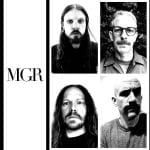 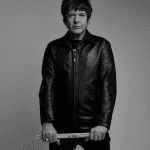