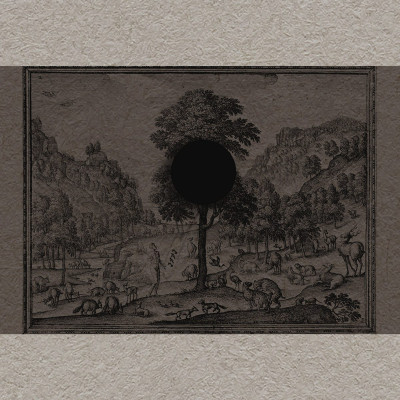 Truthsayer by Rites of Fall

Truthsayer is the debut EP from Polish dark ambient outfit Rites of Fall. It’s an all-too-brief appearance on the scene: the EP doesn’t play for much over 23 minutes and so there’s not much to go on. On first hearing I found it all a bit abstract and ‘bleepy’ – not hanging together as a single work, and each track sounding rather disparate. That impression soon evaporated after a few listens and the different textures of the four tracks took form and made the album more than the sum of its songs. After a while the threads of the music worm their way into your mind, and the atmospheric, sometimes eerie sounds blend with the thoughts in your head, as all good ambient music does.

First of the four tracks, ‘Eden (Last Days)’ starts us off, with a hazy, fragmented melody that is overshadowed by a drifting and indistinct female vocal and a smoldering bassline. The undercurrent of glitchy synth holds it together and gives the whole thing a brooding tone. It’s dark, but reassuring at the same time.

‘Corpus Resonanticum’ starts with a slow dirge played on a double bass: deep and sinister. Ambient textures are laid over the top, with drifting, ethereal swirl and distorted, far-off voices. The openness of the sounds give one a feeling of being in a vast cave. The second half adds some very pleasing melody that lifts the track from being totally ambient and abstract to something else. The music takes on a brooding Vangelis feel that is over too soon.

Standout track for me, ‘Head of the Snake’ builds on the previous track and mixes swirling ambience with a pulsing beat that builds to a crescendo in the second half. There’s a squall of glitchy, urgent melody that makes this track thrilling to listen to. It takes the EP in a different direction to previous tracks, and perhaps hints at what Rites of Fall could do if they expanded beyond the abstract electronica. Final cut ‘Truthsayer’ brings us back to mellower territory, with slowly played, understated atmospherics and a slightly dissonant, darker feel.

Truthsayer is a tantalising first outing from Rites of Fall. Reviewing ambient music is often a case of describing different sounds which on their own may not constitute what is traditionally thought of as music. But taking a step back, listening to it as a whole, especially on headphones after dark, the feeling one gets is of a brooding yet not entirely sinister work that has a lightness of touch. My overriding feeling after absorbing the EP for a few weeks is the wish that there was more of it. I can only hope that there will be more music from this promising outfit very soon. This taster is full of promise and well worth a listen.