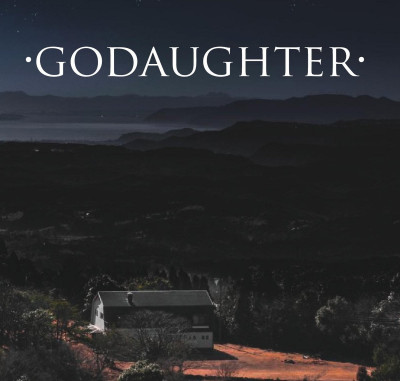 As a teenager I was always looking for decent places to go and listen to live music in my home county of Kent and I sussed out the best place pretty quickly: London. However, that all seems to have changed with the recent formation and release of the band Godaughter, who reside in the picturesque city of Canterbury. This is a three-piece instrumental rock group releasing under the wing of Easter Island Records and their debut self-titled EP explores a diversity of heavy rock, tonic driven bass rhythms and distorted guitar warbling’s.

The opening track, ‘Yellow Winter’, is an ostinato driven chord sequence, washed in echoes of ambience from beginning to end. Godaughter establish their signature sound very quickly; ride interplay, clean arpeggios over distorted guitars and bass driven build-ups. There’s a 4/4 march like drumbeat that has become associated with rock bands across the ages and a howling vocal across a sea of quaver chords, the only vocals we get introduced to across all tracks. Grungy art instrumental rock eat your heart out.

‘Levels’ has some shaky math type delayed guitar tones over some simpler quaver arpeggiated guitar chords. This track starts off quite mellow but quickly gets a little more involved; Adam McVey’s groove shifting drums keep the track pulsing over nicely with the interplay with the bass guitar. It’s nice to see a group where the bass can chug but has its own ability to develop and move around a bit independently. As the track progresses we’re presented with a 90s type thrashing, which seems to be all the rage now. The track finishes with a crescendo of heavy distorted guitar driven riffs with some intricate drum rolls and ride hits; I think this sums up the direction of the band’s overall style.

Track three, ‘Sandman’, has some cool grooving bass riffs rocking under the simple chords of the glowing rhythm guitar part and cymbal heavy drumbeat. For me, this is a really great track but there is a risk at times of some too repetitive broken guitar chord progressions happening. The track separates the guitar overdubs quite nicely through carefully sought out guitar tones. I’m excited to see where the band can develop next time around on their future material and hope that this track is a unique sound that doesn’t get repeated too often on future songs.

This outing is concluded by ‘Dume’, which has some more intricate melody lines at the beginning than the previous tracks. It has all the qualities of a grunge laden ballad, full of love and loss and really explores the intricate relationship between the trio of the band. There’s a really cool semiquaver hi-hat rhythm when the piece picks itself out of the gutter of its own sad driven pulse, which I think adds the variation the songs need to set themselves apart; I’m transported back to the noughties era of grunge rock and it’s awesome. The piece ends its emotional journey with some more distorted driven chord wrangling and wailing bends to dissipate to clean reverberated arpeggios. It’s a fitting finish to the sound Godaughter have gone for and works very well.

For a first outing this EP is impressive; there aren’t too many instrumental rock bands that can hold the attention of their audience across a debut EP like Godaughter. I am excited to see what the future holds for them and what further variation and exploration this trio can offer the instrumental rock world. Oh, and not to mention that all the income they have raised through record sales have been donated to Crohn’s & Colitis UK charity. Good effort lads.