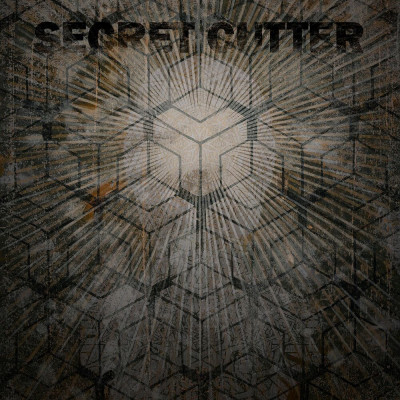 The provocatively named Secret Cutter drew plenty of critical attention four years ago with the release of their searing debut EP Self Titled. A highly combustible, combination of discordant noise and feral grind, despite being self-released it quickly caught the attention of numerous music critics and fans and led to comparisons being drawn with the likes of Eyehategod and Khanate. This year the trio announced their debut full length LP, Quantum Eraser.

Opening with the slow-paced sludgy riffs and visceral throat-tearing vocals of ‘Introduction’ Quantum Eraser appears at first to be a considerably darker, more intense and even more nightmarish proposition than their last EP. The level of cacophonous noise conjured up by the three piece is truly incredible and belies their relatively minimal structure, given that the band are formed by a single vocalist, guitarist and drummer.

Following track ‘Trampled By The Light’ ups the tempo, fracturing the lugubrious, moody doom with with passages of intense grind which meshes uneasily with vocalist Ekim pained screams. The heavy, droning repetition which bridges the gaps is something that’s emphasised throughout Quantum Eraser providing an interesting if perhaps deceptive counterpoint to the bursts of furious grindcore. On tracks like ‘4 12’ and ‘Transient’ the group also carve out morose harmonies and towering walls of noise which sound like they could be coming from a demolition site rather than six strings and skins. On ‘Mantis’ the group juxtapose slow-burning tar-thick tension with eruptions of metallic fury evoking, at points, the widescreen cinematic sound of the legendary Boston post-metal act, ISIS.

There’s also two brief instrumental interludes, in ‘Vow of Obedience’, which distills relentless, rough-hewn riffs and a pummelling percussive accompaniment into a short but satisfyingly heavy track and ‘Delayed Choice’, which lets Jared, the group’s drummer loose over wailing feedback and leads straight into the suitably heavy penultimate song ‘Avalanche’. ‘Oblivion’ wraps up the album on a suitably hefty note, riffs slowing the pace to a slow calculated crawl, punctured by crashing percussion and excoriating roars.

At just under thirty minutes long, Quantum Eraser packs as much sonic weight as you’re likely to hear from any band in sludge/grind genre and also neatly avoids outstaying its welcome. Whilst the ceaseless, down-tuned gloom might prove trying at first, there’s brilliance to be found among the brutality with the occasional glimmers of strident post-metal and slivers of experimental noise making an appearance showing not only the bands creativity but also, perhaps, an indication of other directions and sounds the group are exploring.