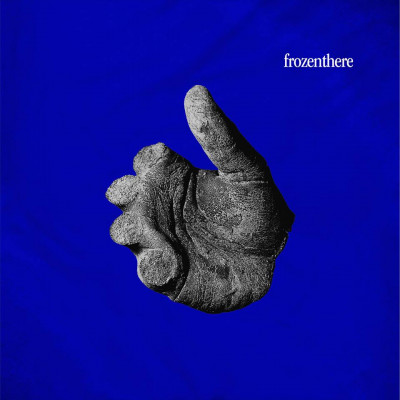 Brooklyn-based quartet Altopalo’s first release (noneofuscared in the far-off land of 2015) thoroughly impressed me. Premiering one of their music videos, I described their aesthetic thusly: “King Crimson filtered through mathy electropop; writing a dissertation on the notion of displacement in animal studies in the club; homemade DMT with Star Trek in the background; Wernher von Braun’s V-2 rocket crossed with a glitterbomb.” Some of those descriptors still hold for that record’s follow-up frozenthere, but they’ve toned down some of their wilder, garage-ier impulses to create a more focused and minimal pop record. But in its quiet way, it’s still one of the most challenging and, for me at least, rewarding pop albums of 2018.

‘Pop,’ though, is ultimately too limiting a term for what we experience here, at least if we’re beholden to the rules of the genre in the present era. I’d still put my money on prog. It drifts from avant-garde electronics to a lilting acoustic guitar melody that wouldn’t be out of place on a Fairport Convention or Jethro Tull track. Many of the tracks, including the gorgeous opener, ascribe, at least in a basic structural sense, to the style of Godspeed You! Black Emperor or Suishou No Fune – though in a highly abbreviated fashion, fitting the yearning-into-cataclysm process into a 4 minute-ish format. And the title track pushes the boundaries of the human voice in a particularly stunning deconstruction of pop melodics.

This never really feels contrived or comes off as pretentious, though. Despite all its deconstructive tendencies, this isn’t simply an academic exercise in twiddling the studio knobs. All of this album’s songs are freighted with an emotional weight that is almost suffocating in its restraint. I mentioned before that this is a quiet album. It is quiet in the sense of the unfairly maligned second season of Twin Peaks – an assault on temporality itself. Of course, here you have vocalist Rahm’s rapturous voice serenading you in strangled burbles instead of internecine plots going nowhere fast, and it’s all the better for that!

In many ways, then, this is probably going to be one of my favorite prog albums of the year. It’s progressive in the best possible way, which is to say, complex, beautiful, and devoid of masturbatory self-indulgence. Pop but not pop. Slow but short. Deconstruction without coldness. Gone is the V-2 rocket – it’s been replaced with music box designed by Mies van der Rohe.