(((O))) Interview: From The Bogs of Aughiska: Fairy trees, Seanchaí and black metal 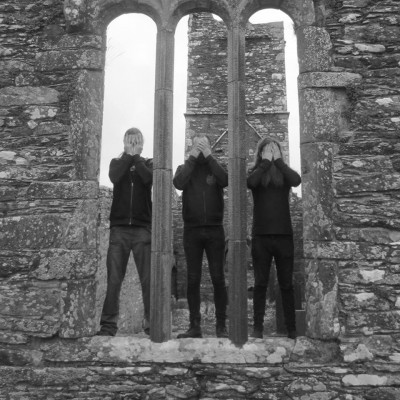 Interview: From The Bogs of Aughiska

From The Bogs of Aughiska on the web:
Facebook | Bandcamp |

I think ’Mineral Bearing Veins’ is the most complete From The Bogs of Aughiska album to date which combines dark atmospheric soundscapes with elements of black metal while still having the Seanchaí (a traditional Gaelic storyteller/historian) vibe going through the record.

Far corners of the world breed the most astonishing music acts. Mineral Bearing Veins, the latest record by From The Bogs of Aughiska, is proof of that in all its splendor. From its mild, folky tunes, to its ambient and recorded samples to harrowing black metal, it shows the limitless possibilities black metal offers.

Conchur O’Drona is the single mind behind the entity that has become From the Bogs of Augishka. When you’ve stumbled upon this work of art in the past you must already be hooked to the mystique that is this band. Over the years, the project has evolved into a full band, but something singular always remains with the group and its sound.

With Mineral Bearing Veins out in the world, I was curious to get in touch and ask some questions about the music, this album and context of the group and kindly I was granted answers.

E&D: How are things going for From The Bogs Of Aughiska?

Conchur: Things are very good, thank you. We’ve just completed a UK tour where the four of us played together for the first time and despite a few technical problems at some of the gigs, it was a successful run. Finally, after some years in the works, the new album Mineral Bearing Veins is seeing the light of day at the end of the month [the album was released on September 28th]. I think this is the strongest From The Bogs of Aughiska music to date if I may say so myself.

E&D: Could you take us briefly through the history of the band and how it was formed?

Conchur:From The Bogs of Aughiska was originally created as a solo project in 2009 when Myspace was still a thing. The first From The Bogs of Aughiska song that was written was the track ’Leabhar Gabhala Eireann’. The self-titled debut album was released in 2010 on Lone Vigil (Chris Naughton of Winterfylleth’s own label ). In 2011 I started performing live, the very first 2 show were in The Netherlands (one in Utrecht and the other supporting none other than Ulver in Rotterdam) and a split with Dark Ages (Roman Saenko from Drudkh / Hate Forest) came out later that very same year. Roots of This Earth Within My Blood was released in 2013 to much acclaim and around that time the band became a two piece and toured Europe. The Fenian Ram EP came out in 2016 and this year as a four piece we are gearing up to release our third album Mineral Bearing Veins.

E&D: Now, I know that Aughiska is a place, as the new album deals with nearby locations, such as The Burren and surrounding region. Could you take me (and by extent the reader) on a mental tour of the region and why it is so essential as your inspiration?

Conchur: Aughiska More is the region I grew up in. It’s an area on the road to the world famous Cliffs of Moher between Lisdoonvarna and Doolin in County Clare on the West Coast of Ireland. As a child, the place was a massive bogland (wetland created from a dead forest), but over the years the forest has been replanted. For such a small area it has so much interesting nature and has had a massive inspiration on my life.

E&D: Your sound appears to me more as a form of aural storytelling, through the atmosphere and spoken word fragments, combined with black metal as expressive means. What, the sort of feeling and maybe message, do you want your listeners to take from the music?

Conchur: There isn’t any particular feeling or message, it seems everyone has a different reaction to our music.

E&D: FTBOA hails from Lisdoonvarna according to your bio. It would seem that this makes the band rather isolated and it has an impact on the sound. Do I understand this correctly?

Conchur: Lisdoonvarna is a small town that’s famous for its spa water and believe it or not an annual matchmaking festival that has been running since the 1800s. Growing up there I was definitely feeling somewhat isolated and I discovered extreme music myself as a way to escape (I was listening to The Berzerker and Pig Destroyer amongst others from my early teens). I don’t really feel connected to any scene as such.

E&D: Can you tell me more about the latest album Mineral Bearing Veins and take us through the process of its creation?

Conchur: I think Mineral Bearing Veins is the most complete From The Bogs of Aughiska album to date which combines dark atmospheric soundscapes with elements of black metal while still having the Seanchaí (a traditional Gaelic storyteller/historian) vibe going through the record. The album flows like a journey that will take the listener on an otherworldly trip.

Regarding the creation process, I record the dark ambient parts using basic computer software and add field recordings, the audio of which is usually taken directly from the videotapes of the footage we use when we perform. I tend to mix this all in stereo to give it a cinematic feel and then send my parts to the other lads who layer it with guitar, drums and vocals.

E&D: I would love to learn a bit more about the cursed fairy trees, dark underground cave systems in The Burren, isolation and Irish superstition that form the themes of the album. These are aspects most people might only have a very faint idea about and perhaps you can share a bit about it?

Conchur: A running theme throughout his record is cursed fairy trees, this is influenced by the protest storyteller Eddie Lenihan held at the turn of the century when a lone whitethorn bush was going to be removed to make way for a new bypass between Newmarket-on-Fergus and Ennis in Co. Clare. He warned of terrible consequences if the fairy bush was destroyed, saying that the site in 10 to 15 years time would have a higher than usual casualty list, including fatalities. In the end, the developers changed the route so the tree wouldn’t be removed and it is still there to this day. The other main themes on ’Mineral Bearing Vein’s are underground cave systems and isolation which are portrayed on ’Poll An Eidhneain’, named after the Doolin Cave which contains one of the world’s longest known free-hanging stalactites which remained undiscovered for years. The track is about being a cursed soul trapped in the internal darkness of the cave.

E&D: On this record, you move towards a more harsh sound and more black metal elements. What made you go in this direction? Was it the themes and stories or a musical preference?

Conchur: This was always my goal when I first started From The Bogs of Aughiska. I wanted the music to be a progressive journey via extreme music that portrayed the atmosphere from living in a unique place and which told the stories I heard growing up in the west of Ireland.

Conchur: This is the first From The Bogs of Aughiska album that was recorded as a band. With me doing all the electronics, fielding recordings and some vocals. Bryan on guitar. Ronan on vocals, guitar and recording and Padraic on Drums. We also had guest appearances from Eddie Lenihan (Storyteller who feels like a member of the band anyway), Liam from Soothsayer, Paul from Corr Mhóna and Johnny Rua on Harp.

E&D: What role do you consider for traditional music in the art you create? It seems to be an ever-present part.

Conchur: Traditional Irish music is in my blood and will to a certain extent feature in the music I create. It’s really not something you can take out of me so I might as well incorporate it.

E&D: The mastering was done by Ken Sorceron (Abigail Williams), who worked with artists like Perturbator and Leviathan. Was he your first pick to create this new sound and how did this work out in your opinion?

Conchur: Ken has been a friend for a good number of years and shares the same outlook on music as me, so naturally he was the first choice when it came to getting the album mastered. He heard the record for the first time while being snowed-in in Cork on his trip to Ireland in Spring this year which I thought was rather fitting.

E&D: Perhaps an out of the box question, but I wonder, would you make the same music, if you lived anywhere else? Also, what does it mean for you as a musician to be Irish?

Conchur: No, I think the place you are brought up in shapes your life. If I had grown up in a city I might have become a Grime artist. What does it mean for me as a musician to be Irish? Playing the music I do, it’s just an expensive hobby with no support despite the fact that a lot of people chose to visit Ireland after seeing our live performance and seeing the visuals we play in the background. The Irish Tourist Board should be giving us a grant!

E&D: What future plans does FTBOA have?

Conchur: Currently we are working on the final details for our first proper ’video’ and Mineral Bearing Veins comes out on September 28th so hopefully, the album is received well and we get to play live more often.

E&D: If you had to describe From The Bogs of Aughiska as a dish, what would it be and why?