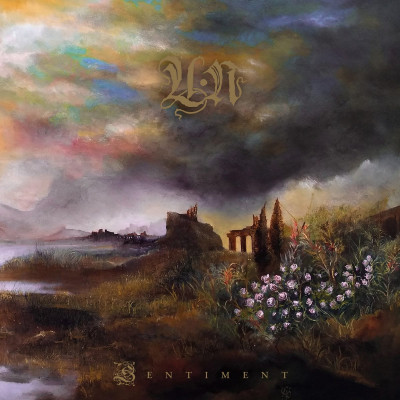 As a personal friend having known the band from its very conception, I will neither hide my personal affinity with Un’s creative output nor hide the immense pride with which I observed the Seattle-based outfit rise to critical success following the release of their debut in 2015. The Tomb of All Things marked the fruition of a dear friends’ creative ambitions, concretized and immortalized into an epic handful of tracks born out of pure passion. Through an eloquent crafting of Lovecraftian soundscapes of gripping melancholia and fierce brutality, Un proved their relevance within the doom metal scene with a brilliant full-length debut, paving the way for this anticipated sophomore record we are now faced with.

As one may easily guess from the title as well as the artwork adorning the record, Sentiment is a moody album, one that subtly veers away from the Lovecraftian darkness of its predecessor to indulge in a kind of sensibility more closely associated with Goethe’s ‘The Sorrows of Young Werther’ and other works from the Romantic era. That is not to say that the band has lost a single part of their brutal sound. Quite on the contrary; slow, epic lead guitars soar mournfully atop even heavier, earth-shattering rhythm guitar sections, trudging forth to the rhythm of each crashing drum beat and the bestial growls of frontman Monte McCleery. The sheer magnitude of the album’s low, fuzzy rhythm section is truly something to be reckoned with.

Compositions are more stripped down and sections even more drawn out to further accentuate the sense of visual magnitude and emotional depth. Epic though it may be, the pushing such boundaries also makes the album more demanding. Parts of the record reach near excruciating cadences, leaving us momentarily groundless in the space separating each guitar note, flirting with the limits of tension beyond which our senses disengage from the experience. Given its reliance on immersion, Sentiment is a record the needs to be played at a reasonably loud volume to fully appreciate the reverberated, gritty sound textures of each track.

With its fifty-minute runtime spanning over no more than four tracks, Sentiment remains consistent yet engaging all throughout and finishes off as majestically as it starts with a magnificent, bluesy guitar solo and a crushing finale of riffs. Every idea is given its fair share of time to settle and seep into the album’s atmosphere, occasionally lingering but never overstaying its welcome. As air-tight as a four-song tracklist needs to be, the album does, however, stumble on its otherwise exemplary pacing. Whereas all other tracks progress in a near-linear fashion, ‘Pools of Reflection’ evolves and builds up only to cyclically return to its intro riff, breaking momentum before the song’s outro. Furthermore, one can also mention an unfortunate similarity between the first and second half of the album. Nevertheless, though one could have hoped for a more diverse range of sounds to further expand the band’s creative endeavours, Sentiment’s tonal consistency mostly serves as a strength rather than a weakness.

Flawed though it may be, Sentiment is a sonically dense, crushing record set to further establish Un as one of doom metal’s most relevant bands today. Escaping common tropes, the band has delivered a deeply introspective and emotionally poignant follow up to a stellar debut release. 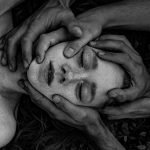 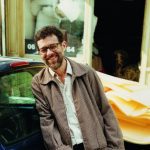