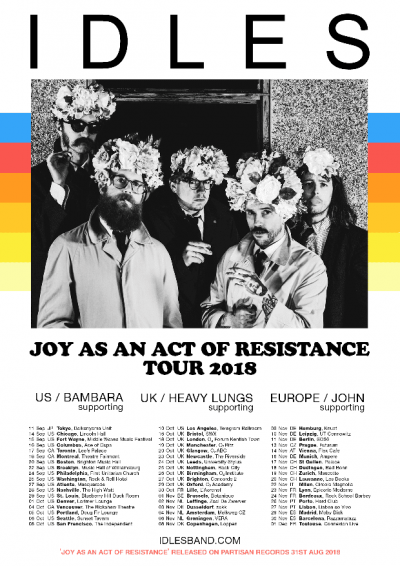 The great Bristolian hype machine has continued on its path throughout the nation. Stopping in the heart of the midlands, Idles have brought the success and excitement of their latest album, Joy As An Act of Resistance, to Birmingham. Publicity brings with it worry, trepidation and expectation. It also brings with it an eclectic crowd, built of those who live music, and those who enjoy it. Idles are the perfect band to unite these strayed ends of society in a country whose divisions are often exploited.

Opening up, Danny Nedelko himself, Heavy Lungs. On this evening, they were best referred to as a ‘warm-up’ as opposed to an ‘opener’ given that the cold hall of the O2 Institute was barely comfortable to take your jacket off. That didn’t stop them from taking off all their clothes and strutting about like Joe Strummer mixed with Elvis Presley once they finally got into their stride. Heavy Lungs were entertaining ultimately and, after a cold start, managed to get into the swing of things and deliver a memorable and groovy performance. 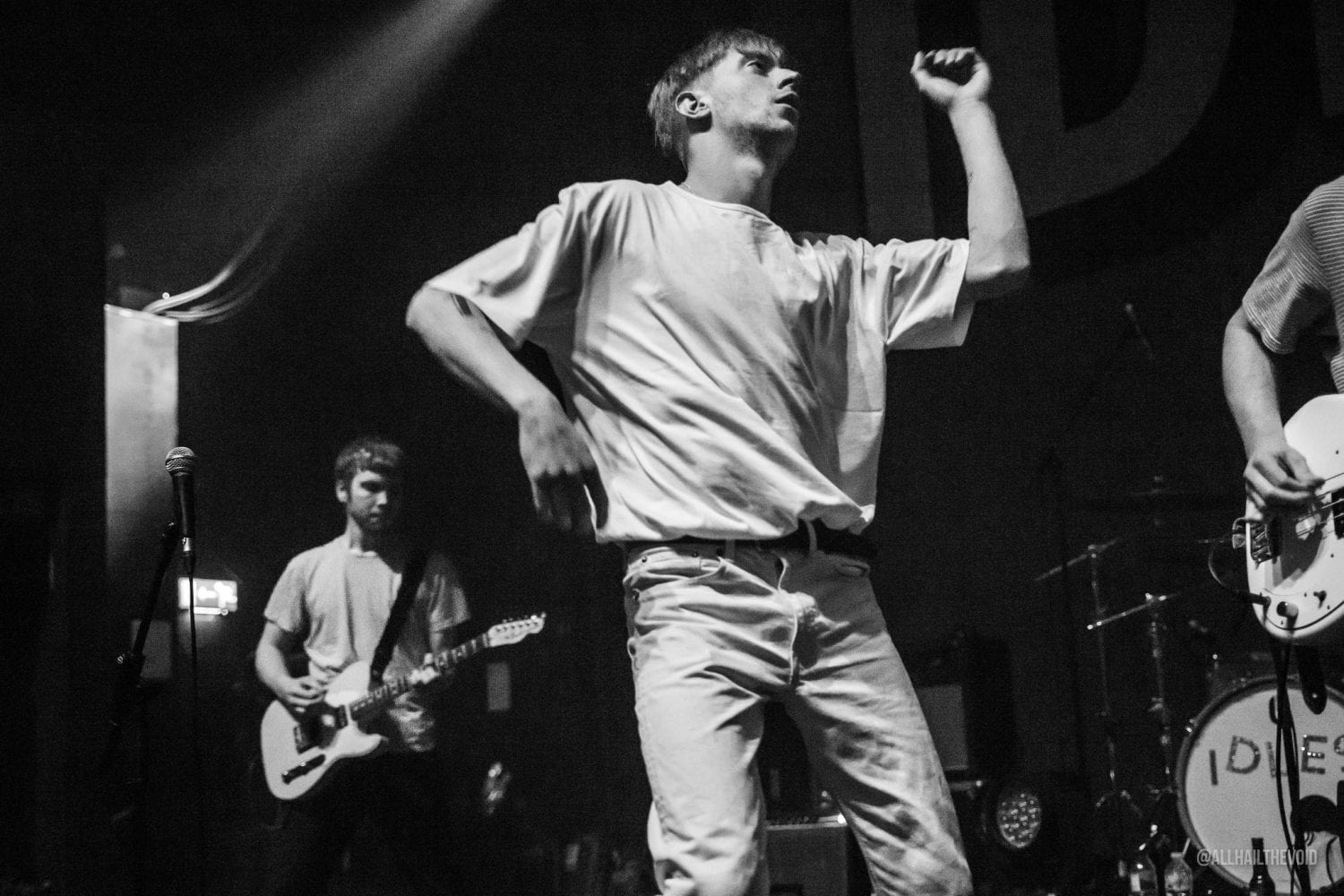 Later in the evening, on walked the bespectacled John Beavis, who began prattling away at his kit. Soon after, Adam Devonshire walked on wearing next to nothing, and thus began the opening lines of ‘Colossus’, the first song off of Idles’ latest album. The slow build-up served wonderfully before the songs crashing outro and leading into ‘Never Fight A Man With A Perm’.

Having such a diverse crowd was highlighted during the performance of the band’s biggest single, ‘Danny Nedelko’. During the middle section, Mark Bowen gave his guitar to vocalist Joe Talbot, and stood on the crowd whilst belting the verse. A song that was dedicated to loving everyone, whatever creed, and everyone in the crowd singing as brothers and sisters; simple, but the message was completely effective. 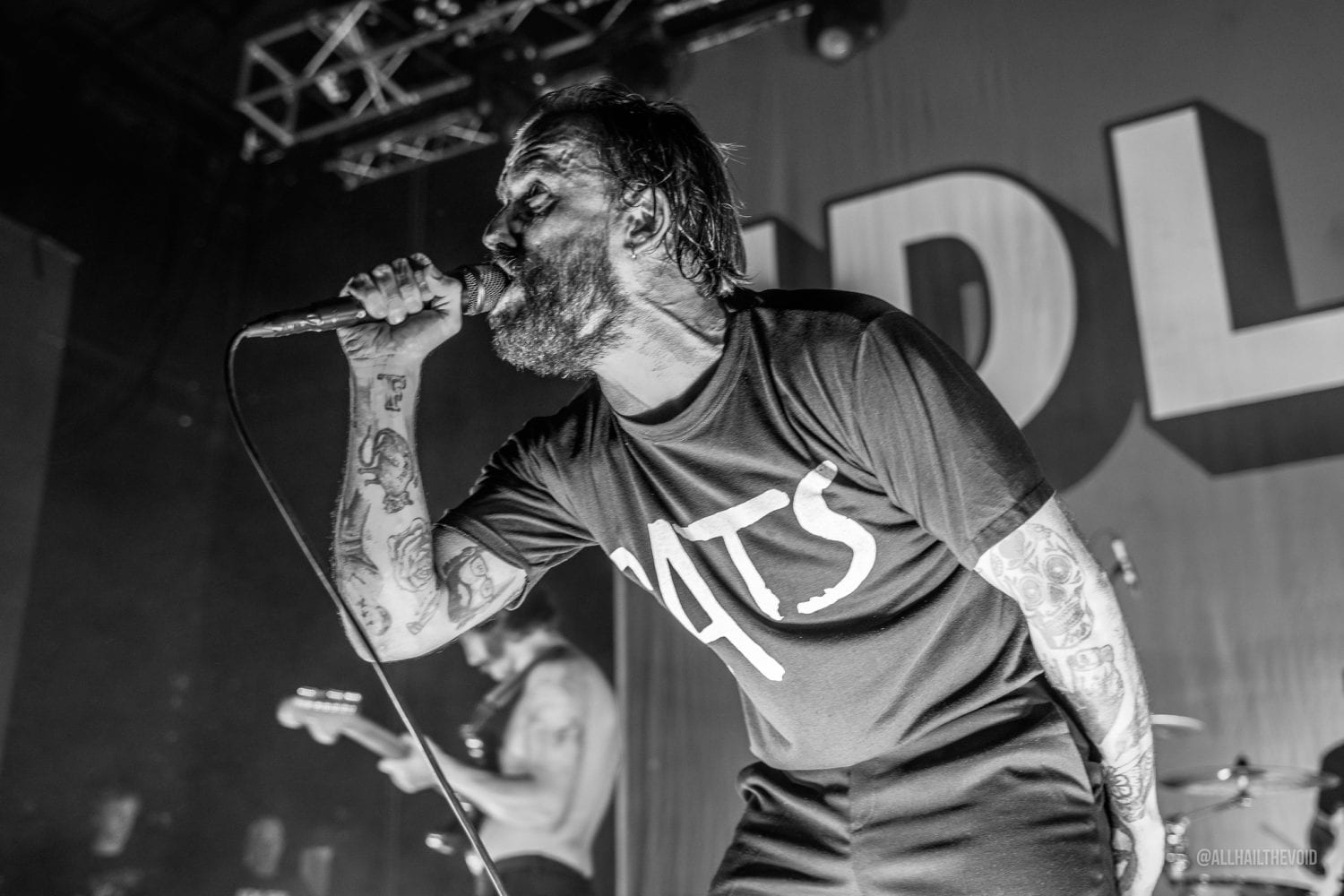 In such a short amount of time, Idles played all but one song from their latest album, and ten from Brutalism. The set did not let up in its angst. Where songs like ‘Divide & Conquer’ lay down a heavy, girthy riff, the ever important and respectful ‘Samaritans’ was there as a perfect balance.

Ending on a run of ‘Cry To Me’, which of course everyone got involved in, after the stage invasion during ‘Exeter’, and going into ‘Well Done’ and ‘Rottweiler’ (dedicated to UB40), was superbly done. Whilst Joe refrained from getting overly political, aside from a short introduction to most of the songs, the message of each note and piece of speech was clear. 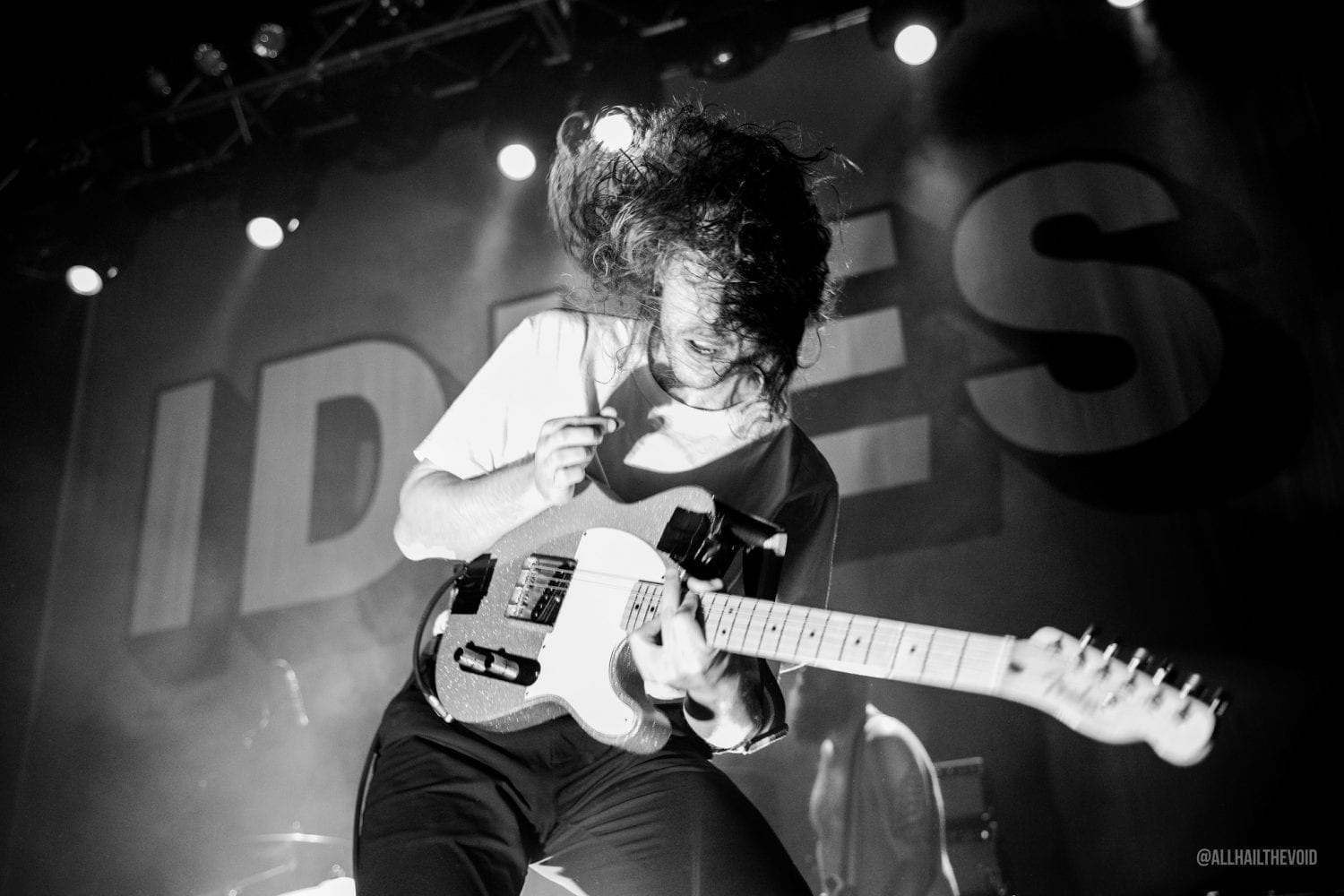 Idles are not just a band, nor are they just a movement. They are beyond an idea, and will hopefully build something that can stand beyond the group’s legacy. This night showcased their extraordinary gift: the ability to bring people together, to listen to a simple message, and to think about it, all while enjoying themselves. Well done.