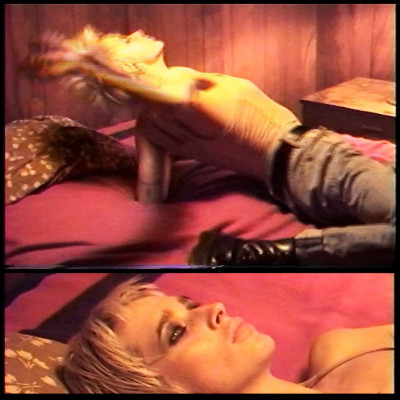 It’s a blessing to know that, no matter how terrible the affairs of the world become, no matter how frustrating our politicians and how disheartening our economic prospects, we will always have the sounds of the eighties. And indeed, we will always have musicians channelling them with a contemporary twist, as Massachusetts electronic duo Boy Harsher are the latest to do. Their dance beats, drum machines and synths are pleasingly retro, but the darkwave songwriting sensibilities on their sophomore record Careful offer an eerie and distinctive, if not perfect, forty-five minutes.

Most of the tracks here are very pared-back. Unshowy, snaking synth melodies form the record’s musical skeleton, over which Jae Matthews intones low, breathy vocals through a fog of reverb and electronic stabs and flashes pepper the mix. Aside from some long, low interludes – which sound like they wouldn’t be out of place on the soundtrack to either Blade Runner film – Careful finds its stylistic feet somewhere between a disco dancefloor and foreboding witch-pop, very like Supernature-era Goldfrapp, or a less frenetic, more languid Crystal Castles.

It’s a beguiling listen; the steady grooves of synth are immediately groovy and satisfying, but the Matthews’s singing is what makes the record distinctive. Her voice has with the quality of a ghostly transmission, deep, half-whispered and often so thickly distorted as to be barely discernible, but punctuating her murmurs with yelps and gasps. It’s at once sensual and cold; the occasional lack of comprehensibility works against her, but she sounds less like a character at centre stage than an instrument in a dark soundscape, and in that respect her voice is the most effective tool in Boy Harsher’s creation of atmosphere.

Careful, then, walks a precarious tightrope between alluring and sinister, and it’s hard to tell whether it wants to fall on one side or the other. The final, title track is a case in point: a whispered conversation between a man and an unheard woman, it might be read as a romantic, bittersweet coda to the album, or something altogether more intimidating and frightening. The Gregorian-chant vocals, too, are by turns assertive and haunted; sparse commands like the lyric that gives highlight ‘Face The Fire’ its title give way on lines like “you will hurt me either way, you’re only in my mind” to moments of damaged yearning. For all their ghostliness, though, these tracks still highly resemble dance-pop or house floorfillers, most songs leaping straight in with the drum line or an energetic synth rhythm and sustaining the pace right to the final second.

It’s not an unqualified success. The balance of styles is simultaneously Careful’s big draw and biggest problem: it’s too sleek and forbidding for electropop euphoria, but it doesn’t altogether convince one that it’s wholly committed to disturbing, voodoo-on-the-dancefloor miasma either. One wishes it pushed the envelope more, too; brief forays into spoken word and spooky, cinematic instrumental passages hint at an artistic adventurousness which Boy Harsher don’t otherwise commit to. Regardless, this is more confident than their debut, and adds up to an intriguing, evocative piece of work.