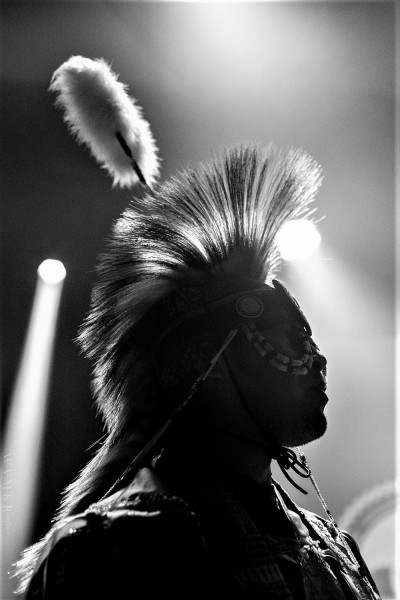 If you’re reading this, Lea, please know that I am very sorry that things turned out the way they did. I am ashamed and all too willing to admit that, for a night set out to celebrate inclusivity and togetherness, my contribution to the cause had a lot to be desired. Having first discovered the unique world of A Tribe Called Red with their spectacular show closing off the 2017 Canadian National Exhibition in Toronto, I, for one was chuffed to bits at the idea of sharing this festive experience with you. I was surprised to learn that they were performing at Le Hasard Ludique, as I had never heard of this venue before, but I was confident that the group would have no trouble lighting up the venue with their thumping pow-wow electronic music tracks.

And what a show it was. If this evening was proof of anything, it’s that this duo will rock whichever stage they decide to step on, whether big or small. The magic of electronic music fused with the likes of hip-hop, dubstep, reggaeton and First Nations music is a spellbinding communal experience. As group of Native American descent, A Tribe Called Red carry the weight of a heavy history, one of great suffering and injustice that sadly persists to this very day, and it would take a heart of stone not to be inspired by the sheer grace with which Ehren “Bear Witness” Thomas and Tim “2oolman” Hill shine and sing their message of pride and love through the songs and dances of their people. 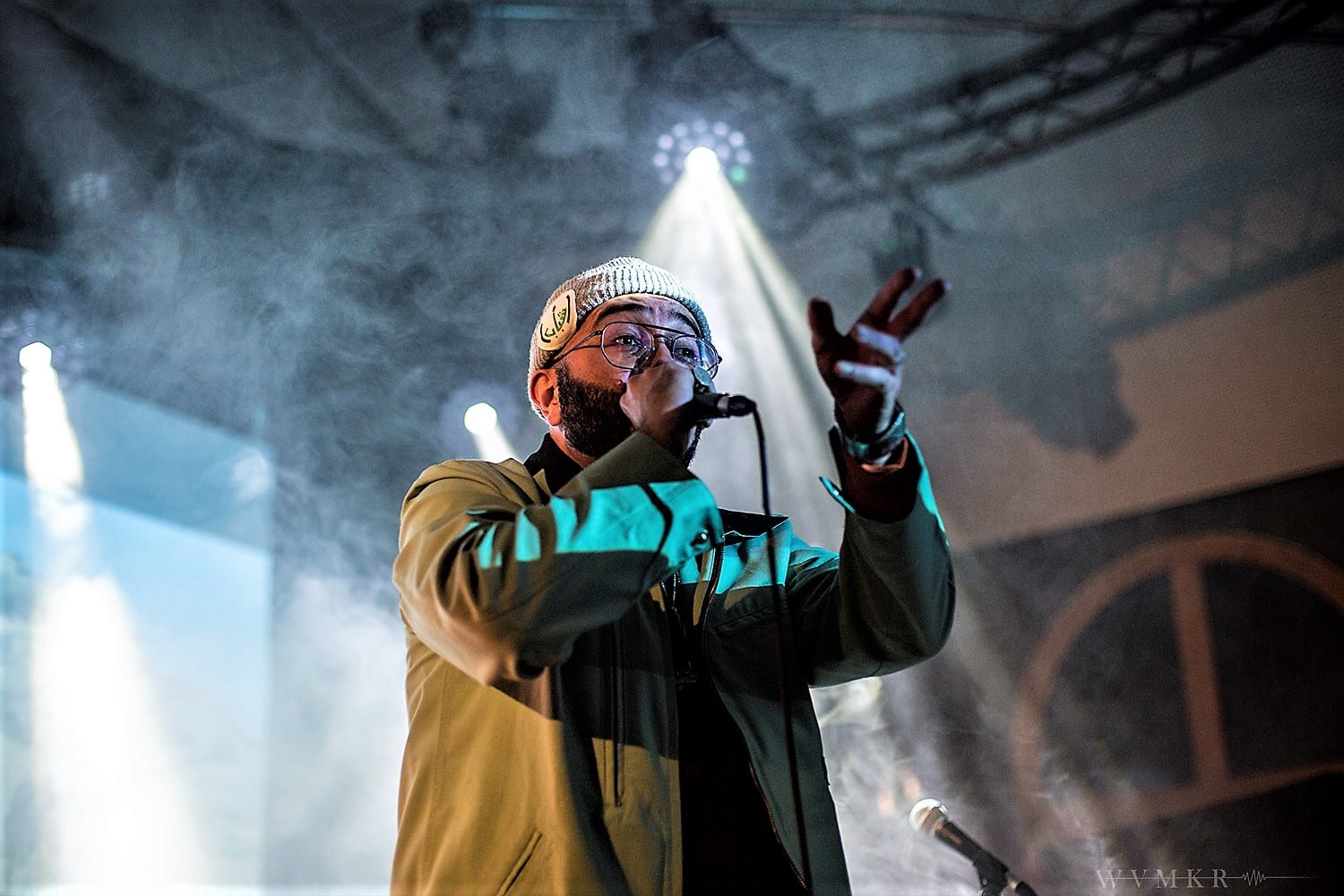 The support act Narcy, a conscious Iraqi-Canadian rapper from Montreal, kicked the evening off with little-to-no warm-up time as well, spitting bar after bar of eloquent stylings of the illest kind whilst promoting compassion and love in a world all too plagued by violence fuelled by senseless political divisions. One couldn’t have hoped for a more appropriate opening act, and the room did not take long to warm up and fill up with bopping heads, radiant smiles and enthusiastic cheers. The MC earned his victory with the crowd, who were in high spirits by the time A Tribe Called Red stepped up to their stations. 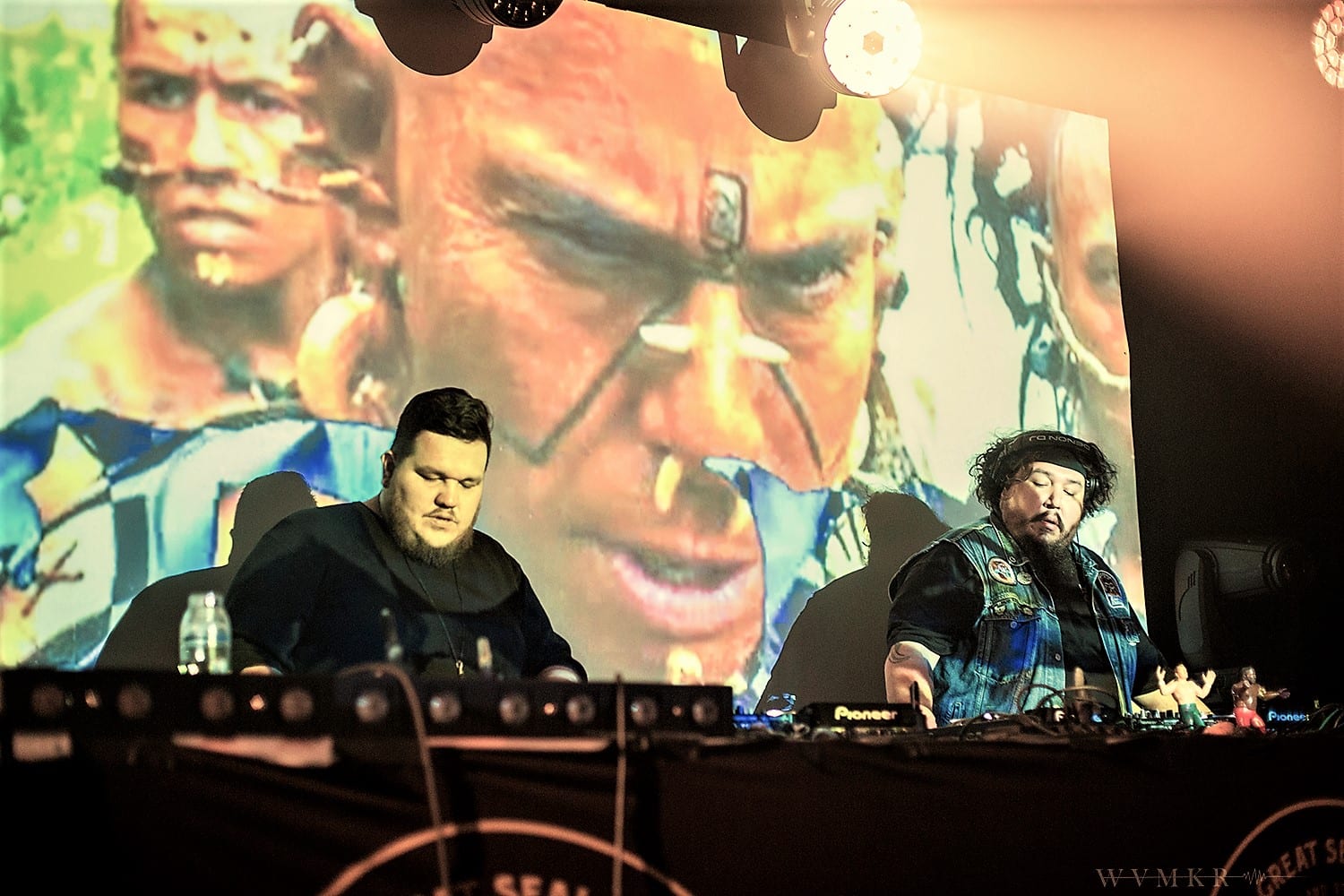 Starting off with the introduction to their latest critically acclaimed record “We Are the Halluci Nation”, 2oolman and Bear Witness kept their greetings succinct and pulled out the big guns from the get-go with the anthemic ‘Electric Pow Wow Drum’. For me and – I would confidently assume – for everyone in the fully packed venue, these three hours flew by in a matter of minutes. Minds were riveted by the kaleidoscopic display of colours and heavy sounds, provided by the booming PA systems, live-visuals and live dancers trading off dance moves combining traditional First People dances and modern Hip-Hop moves. For what seemed like a mere fleeting moment, our senses and bodies were hijacked on a dancefloor reclaimed and indigenized to demonstrate and celebrate the power of music and dance as a vector for love and understanding. Whether Asian, Caucasian, Latino, African, Middle-Eastern or Native American, men and women of all ages celebrated and shared this space as one people, one tribe, one nation. 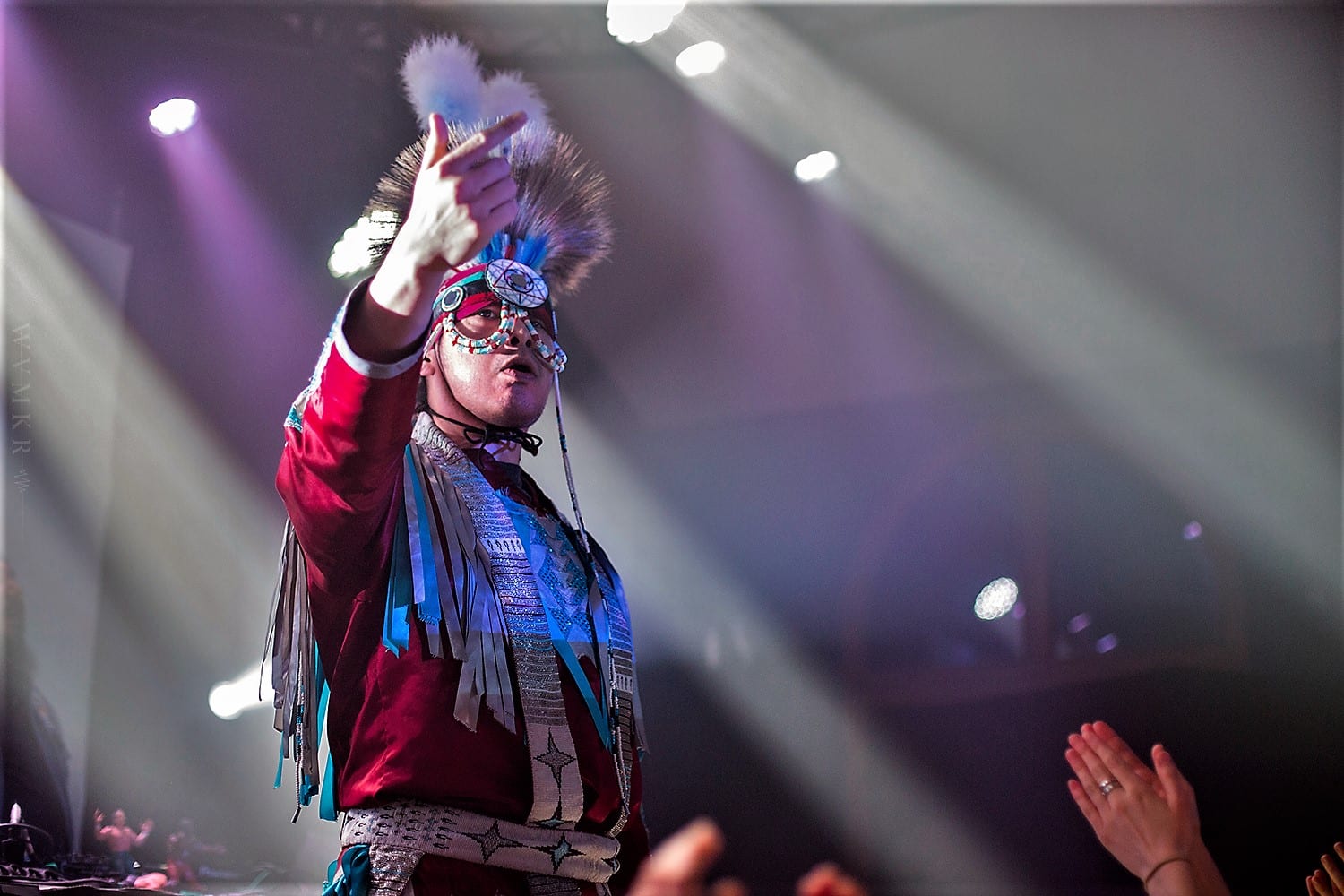 It’s a great shame that you happened to be left at the door, Lea. I probably should have checked for tickets before setting up this date.