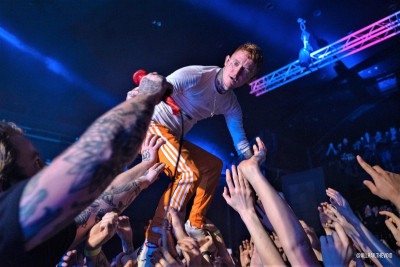 Frank Carter and the Rattlesnakes at Coventry Empire

“We’re playing in front of over nine hundred people and that is incredible.” Frank Carter and the Rattlesnakes have played in front of far larger crowds, but the energy of a condensed punk crowd in a sold-out venue is far more befitting of the former Gallows singer. Performing an album warm up tour, Frank took a crowd almost exclusively built up of Coventry University students and the middle-aged, and turned them into a congealed mass of sweat and smiles.

Opening the night, were industrial noise punks Black Futures. Two band members in black boiler-suits shared the stage with two. . . dancers (?) in white boiler-suits, the latter with their faces concealed. Whilst there was an element of curiosity in the first few minutes, the huge choruses, heavy pounding riffing, and bouncing rhythms roused the crowd in readiness for the main event. 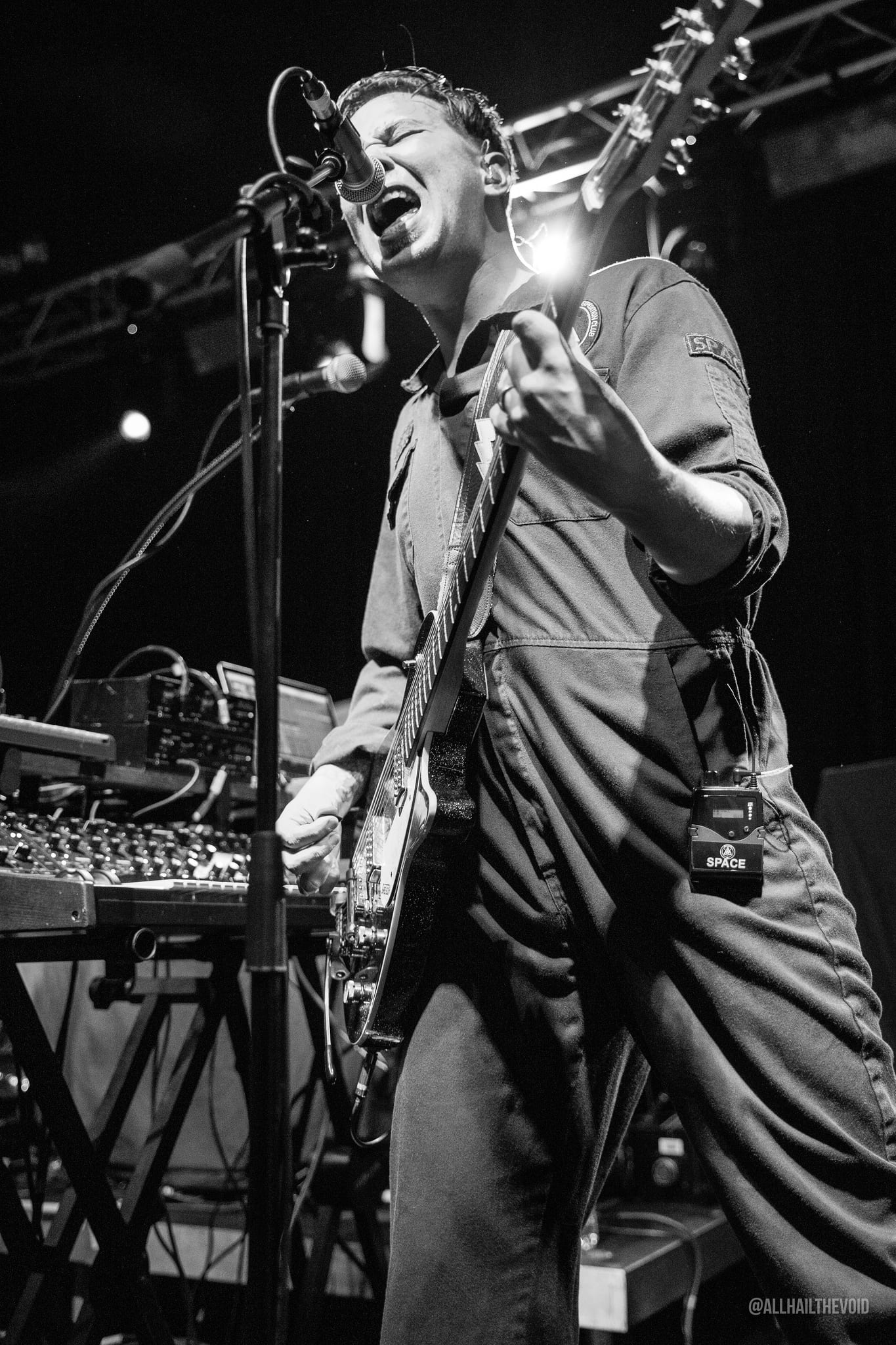 After an extended interlude, the lights dimmed and Frank Carter and the Rattlesnakes opened with their new single, ‘Crowbar’. The song benefited from the enclosed venue and the feverish crowd as the music and the chorus hit even harder than on the record. ‘Wild Flowers’, from the band’s sophomore album, followed and increased the pace as well as the number of crowd surfers. 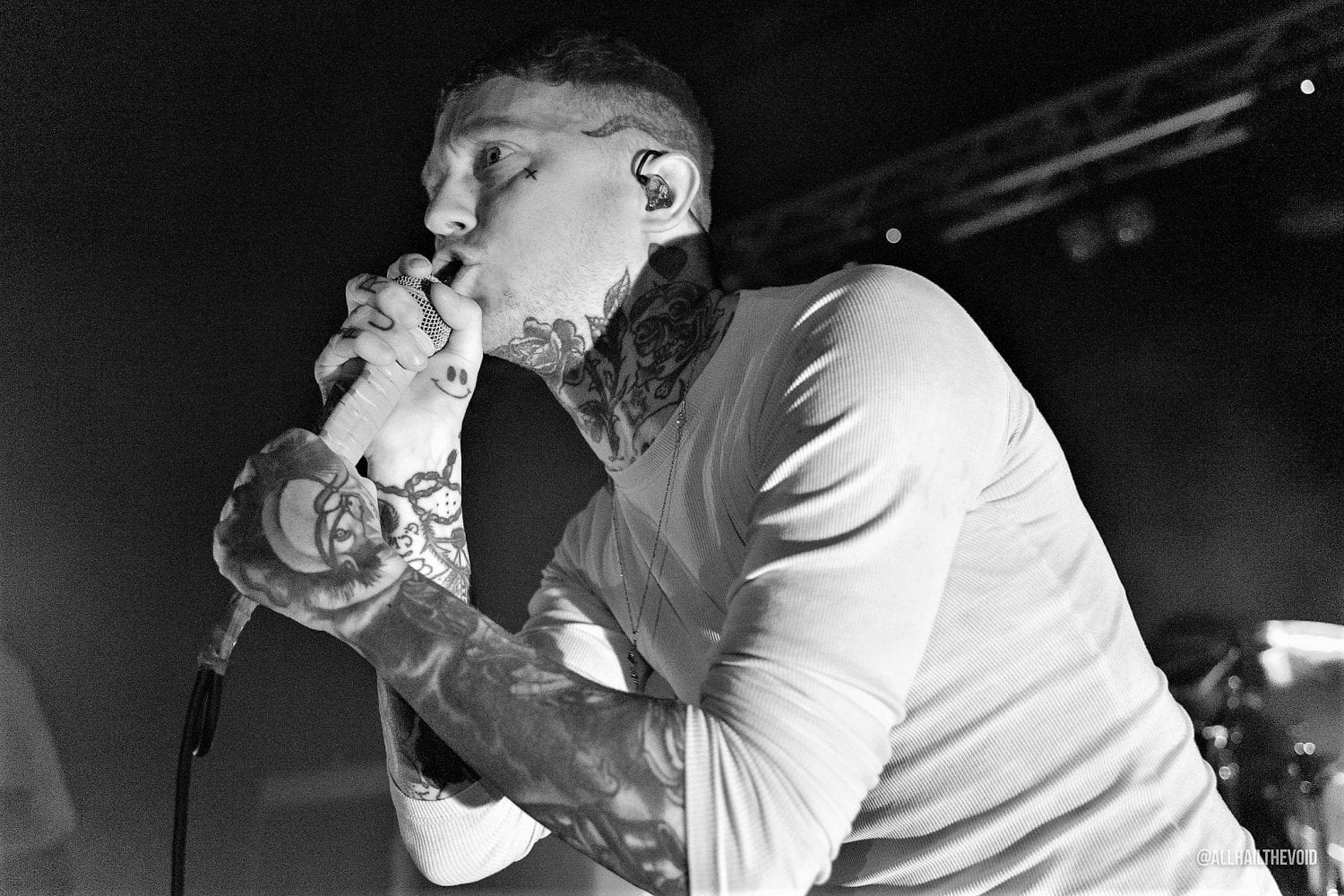 Frank often spends time in between songs indulging the audience and explaining the reasons behind his songs and the overarching message. He also likes to jump into the crowd and do hand stands. A man of several dichotomies. With the speed and intensity of the songs, the moments of reflection are accepted more so than at other concerts. It is always heartening to hear Frank encourage women to enjoy their night in a safe environment; the following songs saw a wave of almost exclusively female crowd-surfers. 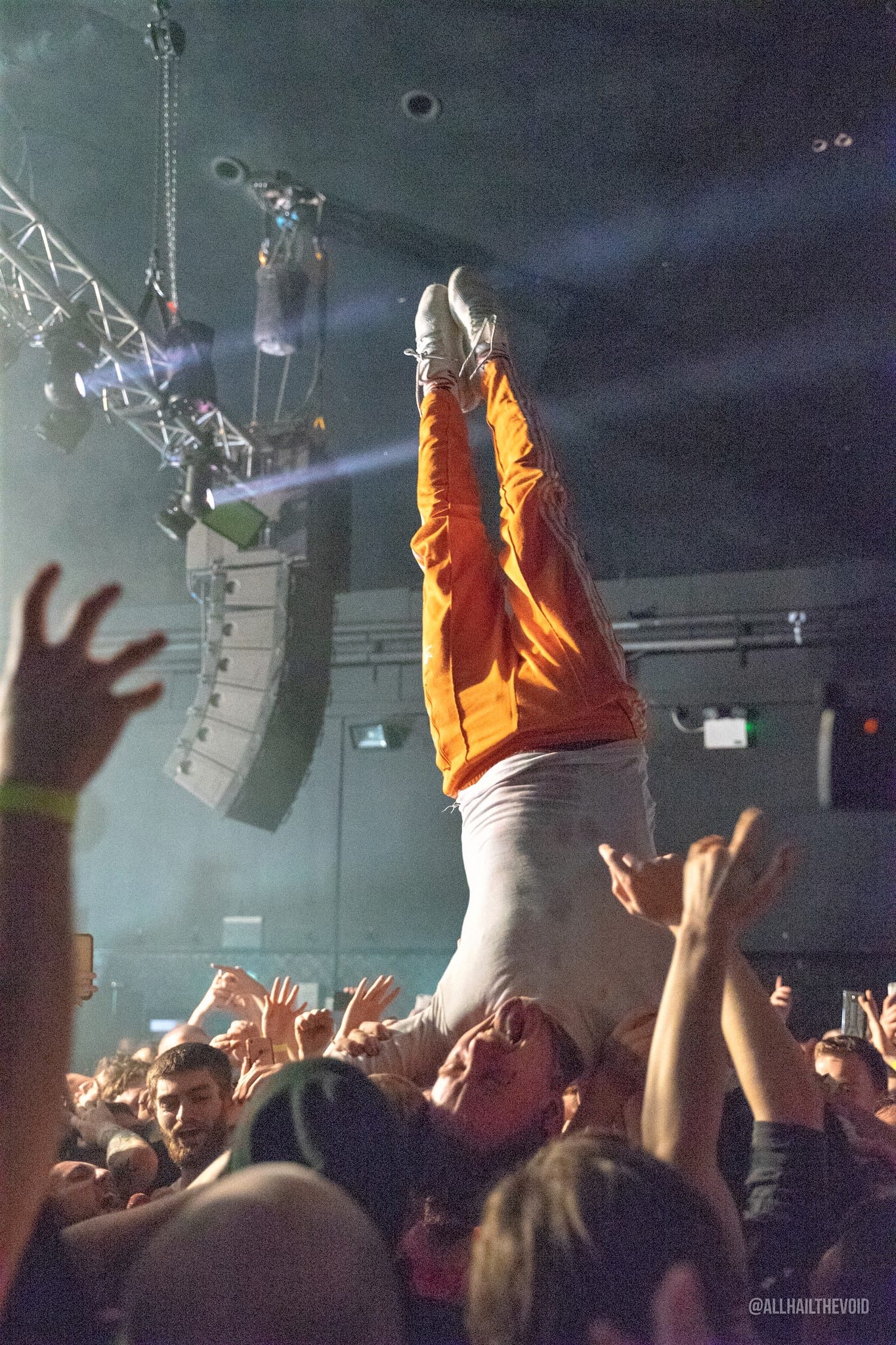 Keeping to the tour’s modus operandi, the band played several songs off the new album: notable additions included ‘Tyrant Lizard King’ and ‘Heartbreaker’. Thankfully they hit the correct tone as and when they needed to – reassuring signs of upcoming album, End of Suffering (released May 3). ‘Crowbar’ was even played a second time during the band’s encore, which also included a new song, ‘Kitty Sucker’. 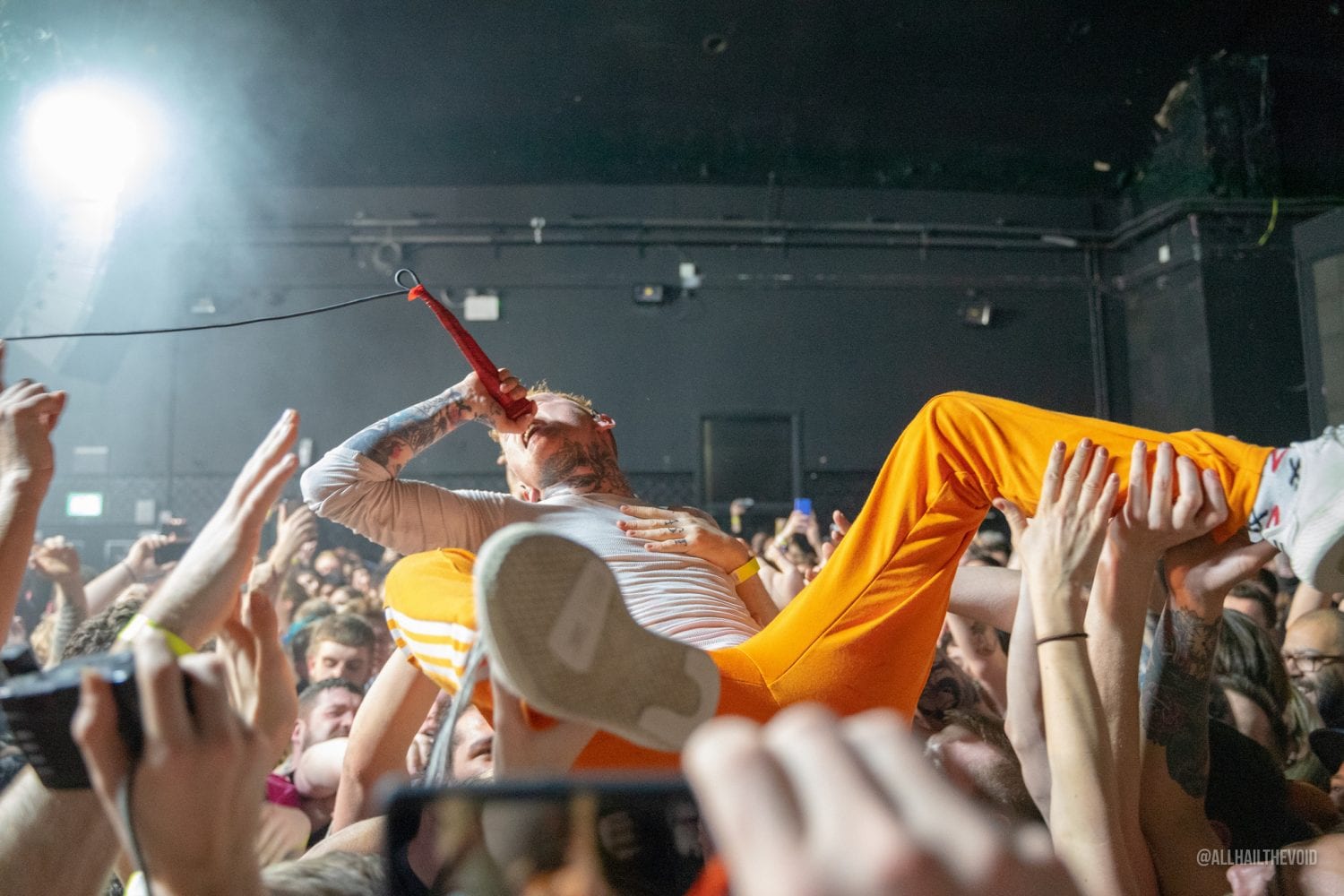 Once Frank had thanked every single person that contributed to the night (not necessarily naming every individual) he then thanked the crowd by playing, arguably, the band’s most well known song, ‘I Hate You’. As he has often alluded to before. this song is about how sometimes the eloquence of poetic writing loses the message and expletives and vitriol are the only effective channels. This speaks for the straightforwardness of Frank’s messages – he will tell it how it is, and he will give it his all telling you. There were no subtle undertones this evening – this was pure and vibrant, energetic and animated, beautiful and visceral music.