Who made it nearly bloody April already?

2018 was a phenomenal year for post rock and post metal in all its forms. There were any number of outstanding releases in the genre, and my Grande cup was positively overflowing with quality new (largely instrumental) music for the whole of the year. And yes, that is the main reason I am only writing 2019’s first round-up in March- I’ve only just finished with December! I blame ‘Record of the Year’ lists too. I am normally able to arrive at December with a backlog of not listened to material, but with a fair wind, enough free time, and just a smattering of last month of the year releases to slot in, it would be manageable. And then everyone goes and publishes their year-end lists, and I have a whole load of recommendations for records I had not discovered myself from trusted sites and writers/bloggers, meaning my vain hope of completing the year in up-to-date shape are resoundingly extinguished. What a wonderful problem to have.

The objective of this feature moving forward is to cover as many new post rock and post metal releases as possible, to spread the love and give as much exposure I can to a genre of music that I absolutely adore. I may not like every record I write about as a result, but that doesn’t mean I’m going to be unnecessarily critical. What I’ll do instead is give you some background on the band or artist, and then attempt to describe the music to you. I’ll give you my opinion, sure but I’ll also give you some reference points, mention tones, style, themes, a stand-out track or two, maybe. And that’s it. Less taste maker, more taste presenter. Let’s face it- you can click on any of the records I write about and decide that I’m talking absolute nonsense anyway…

Enough- we better get cracking with 6 records that saw the light of day in January. It was an amazing start to the year what with super-heavyweights MONO and the dark, smouldering majesty of Swedish outfit A Swarm Of The Sun also putting out new records in the month and given the full review treatment elsewhere on this here fine website. 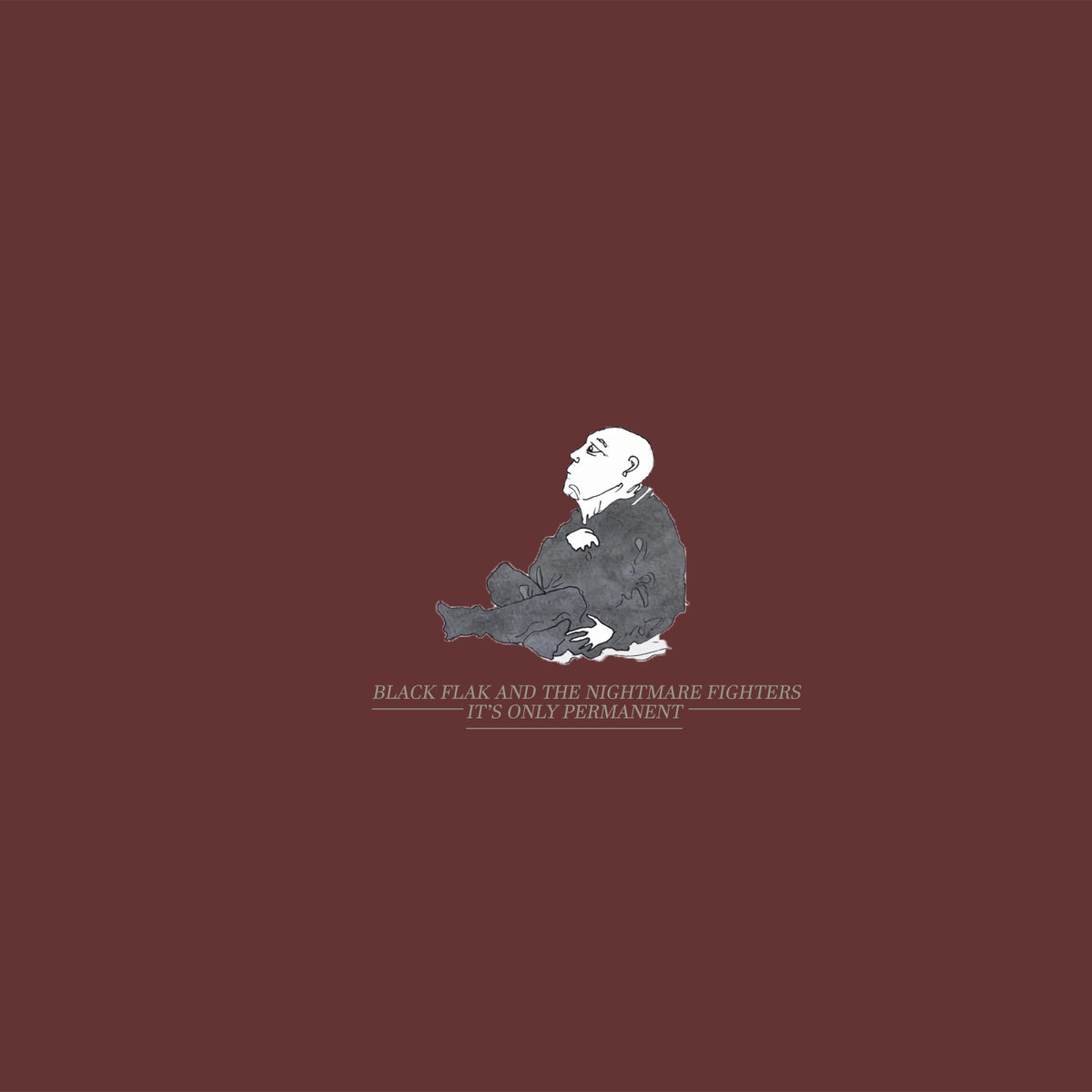 Naming your band with a line from The Death Of The Ball Turret Gunner, a 1945 poem by Randell Jarrell which depicts the demise of a gunner on a World War II American bomber aircraft, provides an immediate insight into the world of Black Flak And The Nightmare Fighters. Hailing from Salt Lake City, Utah, their debut album 2 years ago Once We Knew The World Well told stories of war and human conflict, coupling recordings and samples from World War II with an involving and dramatic style of cinematic post rock, which has much in common with Los Angeles outfit Red Sparowes, or the track ‘And Behold A Pale Horse’ by New Zealand’s Sora Shima (if you don’t know it, check it).

This time around, It’s Only Permanent moves away from the collective experience and focuses instead on internal struggles within the individual. Mental health, depression and suicide are themes that pervade the album, made obvious by the multitude of spoken-word samples, which give the record a unique, albeit desperately bleak character. Despite this, the quick-fire peaks served up by Black Flak, and the lighter, semi-reflective tone of the fine lead guitar work, lift the mood and provide an effective and compelling contrast. Indeed, ‘On A Good Day We Can See The End From Here’ is one of the more uplifting tracks I’ve heard about killing yourself in some time.

The sense of urgency, with the 10 tracks on the album clocking in at just 42 minutes, the pleasing diversification between and within tracks, the crisp and punchy production, and the expert conceptualisation of one’s struggles with cerebral well-being, make this an emotional and highly enjoyable record.

It’s Only Permanent by Black Flak and the Nightmare Fighters 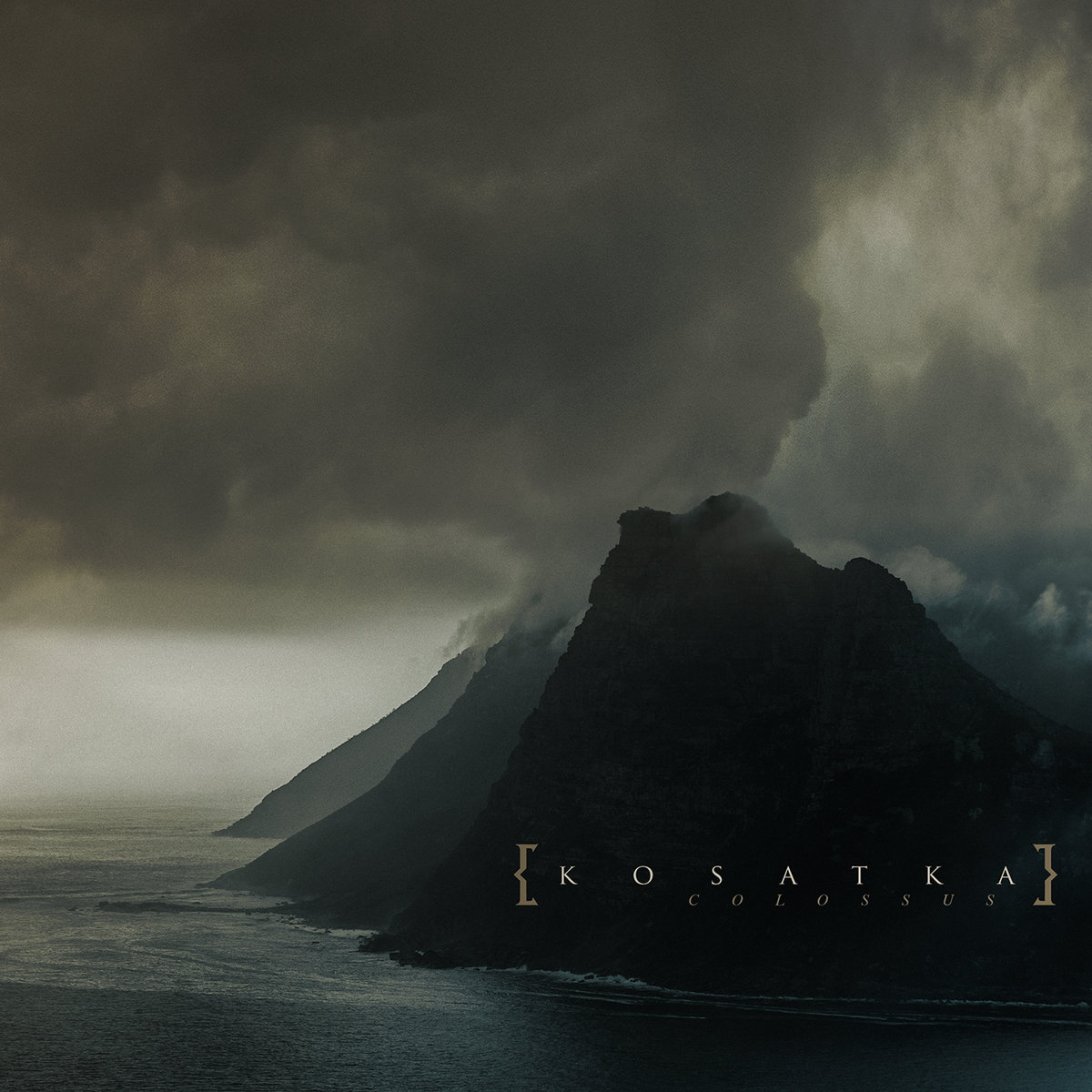 A conversation we have on a regular basis at Echoes and Dust is whether post rock can sound as good when laid down by a single musician as it does when you have the animated reciprocal action of a live band. I can often be left a little cold by the semi-manufactured elements of the music from a single pair of hands (drums quite often being an issue), and the way it all hangs together (or doesn’t), or maybe it’s simply a case of four or five heads being better than one?

Having said that, there are several outstanding exceptions, with the work of Ben Sharp as Cloudkicker or Christoffer Franzen as Lights & Motion being two that immediately spring to mind. And to that list you can now add the splendidly titled Madison Roseberry of New Haven, Connecticut. Recording as KOSATKA, he has unleashed the post metal behemoth that is Colossus on the world. It is dark and heavy in all the right places, with an incandescent lead guitar, herculean riffing and sludgy bassline making ‘El Ahrairah’ a tour-de-force opening. And I can only conclude from evidence presented here that Roseberry can play (or programme?) the drums really very well indeed.

The five-track debut continues in impressive fashion. The melodies unleashed are well-founded, intricate and mesmerising, in the best possible way, building to gripping crescendos on each occasion. What I like most as I write about this release is its atmosphere. The arrangements are complex and unpredictable, the guitars desolate and distinctive, the tone tense and foreboding. And the aptly named and concluding title track sees KOSATKA deliver a sonic density a five-piece band would be hard-pressed to match. Bravo!

Hailing from Tournai in the very west of Belgium, near the French border, Endless Dive have followed up their debut EP from 2016 with Falltime, their first long-play release. After an ambient, short-lived opener, ‘Wading Pool’ crashes through the speakers, changing pace three times in the first 60 seconds, and I am instantly reminded of And So I Watch You From Afar (shotgun riffing), Explosions In The Sky (rolling, militaristic percussion) and Caspian (sonic heft). ‘Misadventures’ races along at punk-like speed and sounds as if ASIWYFA are doing an instrumental Green Day cover, while ‘Outgrown (Part II)’ even has a collective ‘Hey!’ as the four-piece tear into the track’s math-tinged conclusion.

The first part of the album has an exuberance and abundance of ideas that leaves you wondering whether this can be maintained throughout. As the album progresses, Endless Dive move more towards the elegant, poised trappings of primetime post rock, hinted at initially by the earlier lilting guitar tones of ‘Above The Trees’, and then given space and time to build and release in shimmering splendour with the closing ‘Low Tide’ and ‘As The Earth Falls’, both containing moments of genuine beauty. Think early This Will Destroy You and If These Trees Could Talk.

A game of two halves then, almost, and while both incarnations of Endless Dive are entirely enjoyable, a focus on carving a more consistent identity in sound may assist their progress. 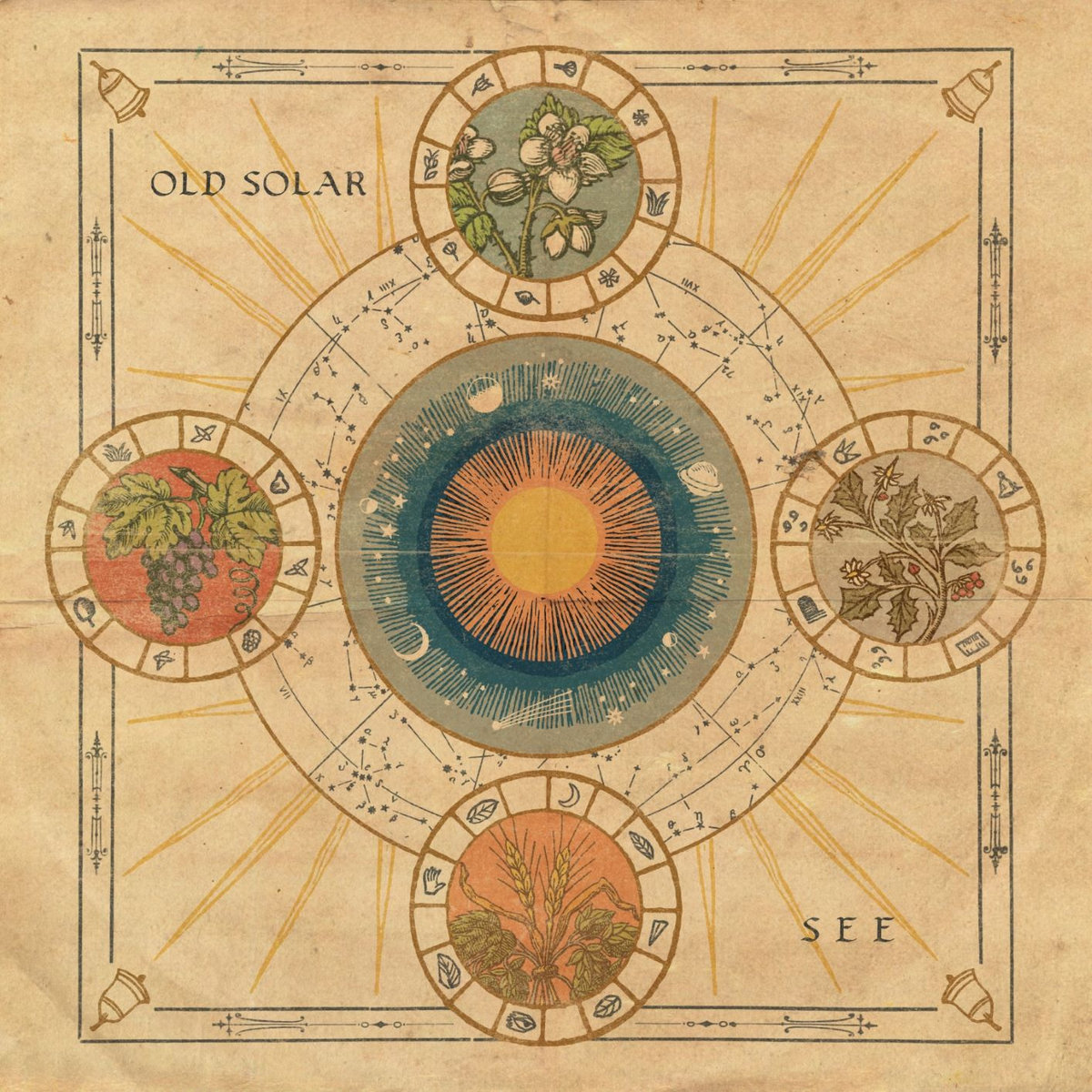 To these ears at least, there is a buoyant, bombastic air to a noticeable quantity of American post rock. This is not a bad thing. The greater influence of Explosions In the Sky across the Atlantic may have something to do with this, and whilst I can admire and enjoy this type of post rock fare, delivered by bands such as Ranges, Coastlands and Pillars, I sometimes find it difficult to feel the same emotional intensity I get from the devastating lows and blows of Jakob, say, or We Lost The Sea. The fact that I’m a miserable bastard has probably everything to do with this.

The opening spring and summer tracks follow a similar structural pattern, beginning with gorgeous ambient swells, bells and wistful Caspian-like acoustics, and then suddenly exploding in exultant celebration, all glistening chords and full-of-life crescendos.
‘Autumn Equinox’ and ‘Winter Solstice’ are certainly darker and more introspective in tone and style, as you would expect from an album depicting the changing seasons- with the strings and piano in the latter a welcome diversification.

If you like your post rock widescreen, dramatic and overwhelmingly hopeful, then Old Solar have undoubtedly made one of your albums of the year already. 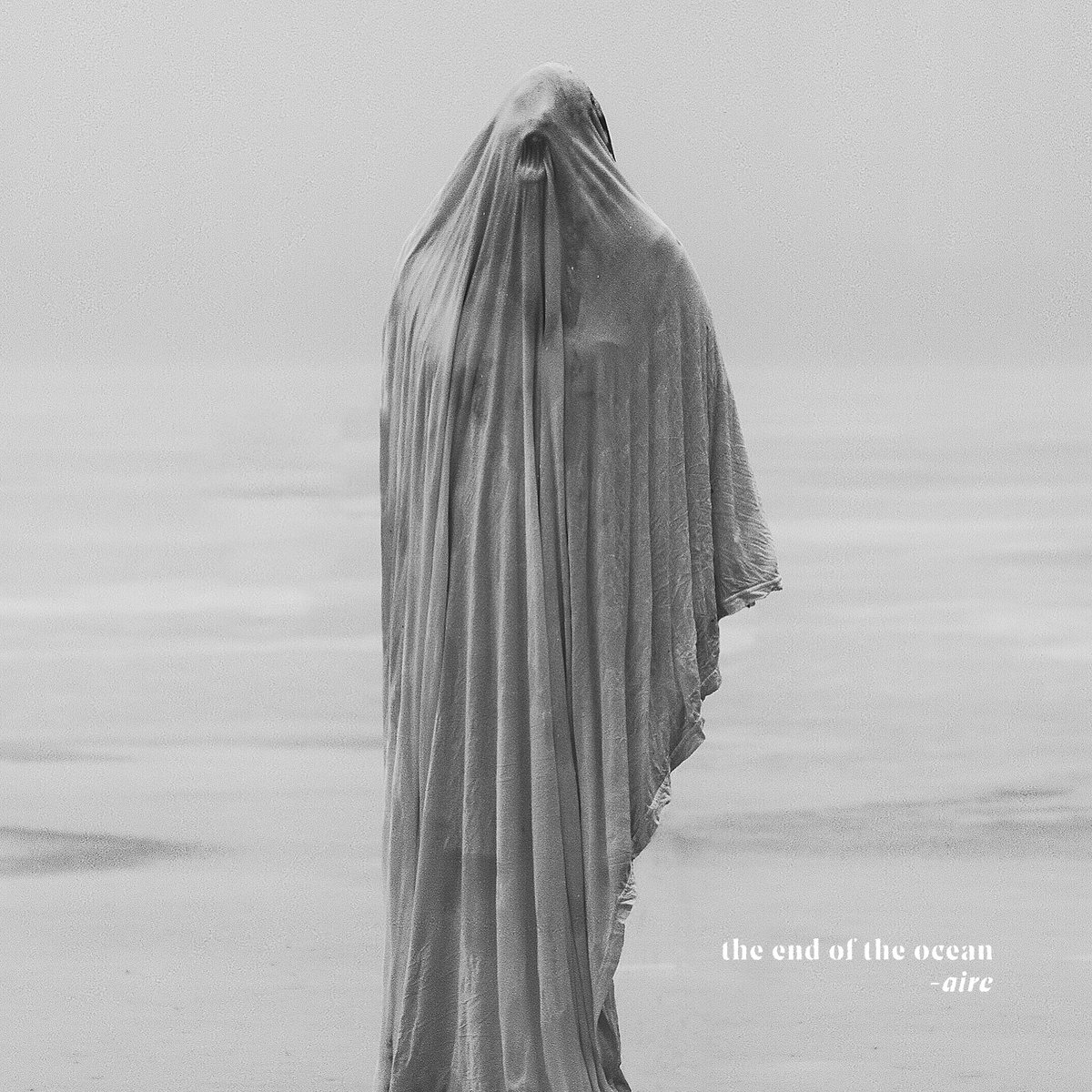 It has been 8 long years since The End Of The Ocean released their debut album. Save for an EP a year later, nothing on the recorded front has been heard from them since. Until now.

The Columbus, Ohio 5-piece have released follow up -Aire, and it is a spectacular triumph. An immaculate, gleaming proposition that has a clarity of sound and deed you fully expect to hear in a live setting, but rarely experience on record.

Musically, think less meandering Meniscus. Or All Is Violent, All Is Bright era God Is An Astronaut, but with a harder edge. Yes, that does sound just about perfect doesn’t it? Like their Irish counterparts, The End Of The Ocean get to the point quickly, with the run-time on 7 out of the tracks at around 5 minutes or less. The band have an inherent understanding of how to build atmosphere in a thoroughly engaging way. The guitars have a real warmth and delicacy to them, but when those crescendos come they have a majestic intensity which will have you rocking backwards and forwards before you even realise it.

There is variety, with the strident keys and ambient swirl of opener ‘Endure’ and the soulful semi-acoustic Americana of ‘Self’ cases in point, but it is the triumphant riffing of ‘Homesick’ and ‘Redemption’, the rush of endorphins to the exciting, up-tempo ‘Bravado’, and the sheer sonic rapture of personal favourite ‘Forsaken’ that will live long in the memory, and be rotated very heavily on the turntable.

-aire by The End Of The Ocean 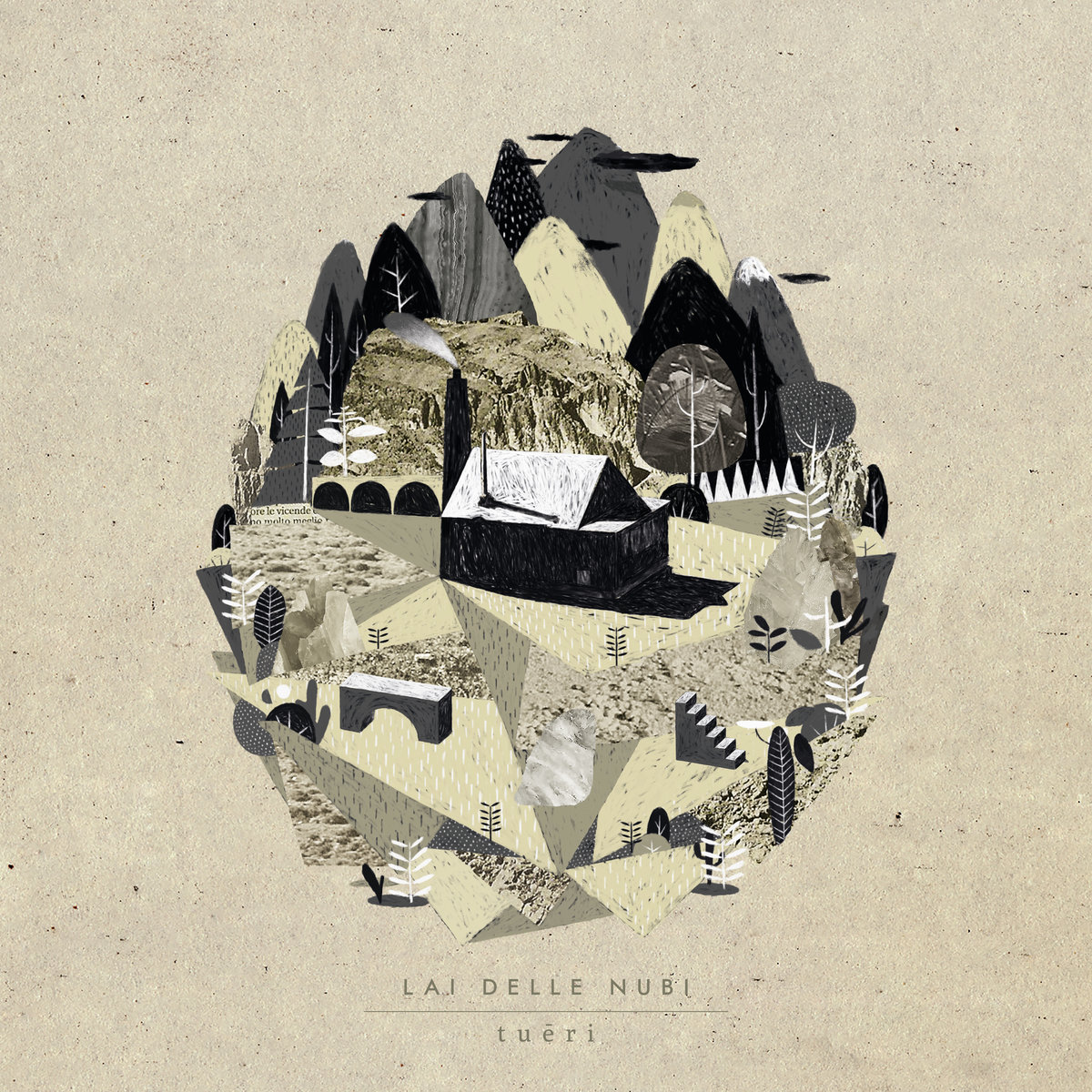 With a name that translates as ‘lament of the clouds’, Rome 4-piece band Lai delle Nubi are not likely to be serving up Bee Gees covers anytime soon. And thank fuck for that. Their six-track, fifty- minute debut album Tuēri specialises in misty, melancholic post rock that builds from very minimalistic origins, through dark meandering passages into soaring, reverberating climaxes. The album has a reasonable amount in common with last year’s New Dark Age by Glasir in this regard, although with less metallic sheen and more fuzzy underlay.

When Lai delle Nubi are in full flight they have an impressive, uplifting sound, but the question is whether the extended introductions of four minutes or more build essential atmosphere and tension, or serve to partially negate the impact of these ensuing cacophonies, with the head and the ears perhaps not always fully engaged at that point.

‘Oceanic e Vulcani’ can be singled out positively because it has a far more dynamic build, with those gradually ascending guitars providing the key ingredient- anticipation. While ‘Emma’ simmers nicely, it is taut and it teases and taunts, with attractive interplay between the wandering guitars.

Maybe I’m just an impatient as well as a miserable bastard, but for me some trimming around the edges would have given this promising debut a greater cutting edge.