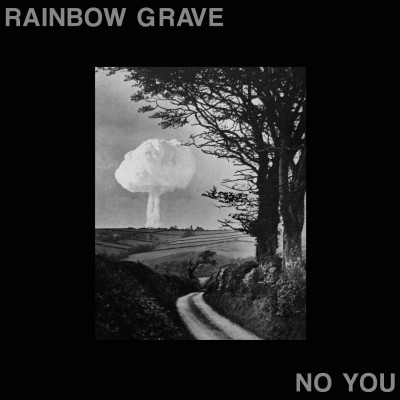 No You by Rainbow Grave

Heavy, hate fuelled and blackly hilarious No You is the party starting debut from Rainbow Grave. It’s immense; a thick, layered, roar. The grindingly bleak sound of well fed disgust and smothering disenchantment. If you were interested in the recent, inevitable Melvins/Flipper merger then you need this record. Harder, meaner, uglier, it falls awkwardly but heavily into that sludge punk ditch, writhing in the mire with other damaged American misanthropes like Kilslug and Stickmen with Rayguns. The only UK comparison would be Drunk In Hell’s abject churn.

Opener ‘Ten Million Tons of Shit’ is a litany of irritants over a remorselessly sour riff, hate as a world view. The second tune is a caged ball of fury called ‘Suicide Pyramid’. You get the picture, ideal for your summer barbecues. On the cover a mushroom cloud billows in the distance beyond a pastoral scene of a country lane. Calmingly apocalyptic. With the blank Letraset like text and black/grey colour scheme it’s an obvious nod backwards to the handmade DIY punk culture they came up in. Apparently it would be remiss of me not to mention that these guys are battle scarred veterans, as if asking for previous offences to be taken into consideration.

Rainbow Grave is the lurid brain wrong of Nicholas Bullen (founder member of Napalm Death, father of grindcore, electro acoustic explorer, elegant man about town) and John Pickering (founder member of Doom, Kerrang radio DJ, Brummie of the Year 2009). I’d be even more remiss to only mention the glory hog guitarists while neglecting the powerful rhythm section of Nathan Warner (Backwards, Bee Stung Lips, moustache enthusiast) and James Commander (Vile Sect, giant beard). Still, any long term music fan knows that previous form can be an unreliable guarantor of greatness, disappointment guaranteed as the band would have it. Their storied past is less important than this shuddering great embrace of no future.

What they lack in youth and beauty they make up for in bitter resignation. Age does have a role to play and there are times they seem to be in a mocking dialogue with their younger selves. No You presents a middle-aged nihilism where youthful rage about the appalling state of the world burns out, where the idea your pain matters or your anger can change anything is just another delusion, a tired and embarrassing pose of disaffection. Bullen wears the futility of it all about his shoulders like a practical yet garish jacket and dances an obscenely mocking parody of existential pain. You’d expect the Germans to have a word for this but it’s not really schadenfreude. It isn’t exactly angst or ennui either, it might be weltschmerz (world pain) but even that doesn’t allow for the pitchblack, caustic humour of it.

Grim as it appears on the surface No You is not a depressing listen and Rainbow Grave live are a perversely joyous thing to experience. They’ve been honing their attack for a few years now, taking their time, rarely venturing out of Brum. Their patience has paid off in a record that crisply captures the full frontal assault of their sound. No You is brutal and sharp, they’re going to stick it in your guts and grin. 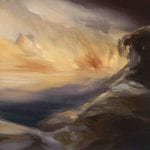 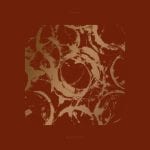 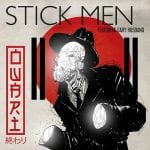