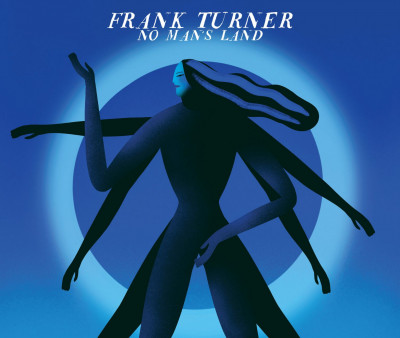 No Man's Land by Frank Turner

In a genre of music which has become increasingly separated from mainstream music, Frank Turner is perhaps the most unlikely success story of British rock music in the last decade. Since the break-up of his previous band Million Dead in 2005, Turner went from the lead singer of an obscure hardcore group to one of the few true household names in modern British guitar music, all through his now trademark acoustic punk sound.

His debut solo album Sleep is for the Week ushered in a period where Turner became one of the most prolific musicians around, and will release his eighth album in twelve years No Man’s Land on the 16th of August. Usually when an album comes so soon after the previous release (his last album Be More Kind came out in May 2018), it is full of B-sides from those sessions, but not in this case. This time around, Turner has broken completely new ground by releasing a concept album dedicated to telling the stories of thirteen influential women. This is a radical departure from a singer who previously had exclusively focussed on political lyrics or personal stories, but it marries his clear passion for history and music with interesting results.

It takes just thirty seconds into the opening track ‘Jinny Bingham’s Ghost’ to tell that this is a different kind of Frank Turner album from that which his fans will generally be used to. This is a track far more rooted in folk music than punk, which is a reasonable decision for Turner to make given the subject matter of telling the stories of lesser-known historical women (in this case, an accused witch from 17th century Camden). Moving on to the only single to have so far been released from the album ‘Sister Rosetta’ however marks another variation in style which will continue throughout the album. In accordance with its subject matter of the famous guitarist and singer Sister Rosetta Tharpe, this is a far more soulful track, which even features some of her own riffs in the music. On this album, Turner has elected not to go back to his usual backing band The Sleeping Souls, but instead to employ an all-female band , who do an admirable job of ensuring that the varying tones of the thirteen songs on the album are right for the lyrical content.

As much as it they are the strength, No Man’s Land’s lyrics are also to an extent, its weakness, as there are a lot of songs on the album that fail to stand out because of the fact that the music has clearly been written to fit the lyrics. This sometimes produces a lacklustre effect, which is a notable contrast to Turner’s usual in-your-face approach to song writing. It may be that songs like ‘A Perfect Wife’ and ‘Eye Of The Day’ appeal to a wider range of listeners than would usually pay attention to Frank Turner’s music, but his fans may well feel a sense of let-down at the lack of intensity in the album as a whole. One track which does rise above the rest however is ‘The Lioness’ (a song about Egyptian feminist leader Huda Sha’arawi), which injects some much-needed power and fervour into the album. The difficulty is that it stands out as a stark reminder of what a lot of the album is missing as a result of the music being something of an afterthought to the lyrics. Having said that, as unusual as it is to find in a Frank Turner album, there are some terrific ballads in the records, such as ‘Rescue Annie’ and the beautiful closing track ‘Rosemary Jane’ (about Turner’s own mother, as opposed to a historical figure).

No Man’s Land is an album which has inspired a great deal of discussion, even before its release, with many reviewers hailing Frank Turner’s attempts to bring mainstream attention to women “whose incredible lives have all too often been overlooked by dint of their gender” (in his words); with others maligning him for mansplaining women’s stories. It is also likely to provoke more discussion after its release, not just because of these issues, but because it is likely to get a very mixed reaction both from fans of Frank Turner who are reacting to this change of direction and from outsiders who may be won over by it.

Whatever your thoughts on the album, Turner does deserve a lot of credit for the sheer amount of quality material that he is able to put out in such a short space of time, especially when added to his relentless touring schedule. The accompanying podcast ‘Tales from No Man’s Land’ demonstrates how thoroughly he has researched his topic and how genuine his desire is to give voices to those whose stories do not have the mainstream knowledge they deserve (and, incidentally, is also a fantastic listen for any who share in Turner’s history nerdishness). No Man’s Land is an ambitious work that does not always get things entirely right, but should still be celebrated for its musical variety, lyrical quality and for being another addition to Frank Turner’s superb catalogue.