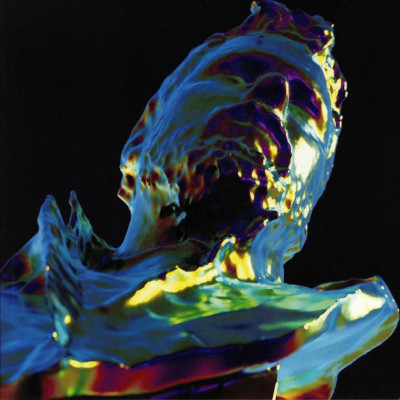 Nothing could be easier. The catchy pop of Easy Window’s [Apollon, 2019] opening track and biggest single, ‘Florence,’ picks up and winds around, the sneaky 22-beat phrase tapping the toes of the most jaded listener. The lyrics are intriguing: “You’re a riot / that never cools down / Something’s calling out your name / to the other / side of nothing…” This is a summer driving song, top rolled down, cruising along a coastal highway. More than a few echoes of Don Henley’s ‘Boys of Summer’ (and a dreamy, solar lyric video) complete the picture.

But this is coming out of Norway, not California. And ‘Florence’ came out in 2018. Maybe this Easy Window didn’t come quite as easily as it sounds.

Ole Gunnar Gundersen, the artist behind the Subshine project, has a track record. In the early ‘00s, his band Lorraine won some awards, garnered some hits and toured with the likes of Mew and Pet Shop Boys. He’s created solo work before under the moniker Blackroom; one can imagine a new name was required to accompany the sunny mood of Easy Window.

There’s no question the music here sounds, if not easy, at least weekend-ready, with brash, hyperactive guitar and vocal harmonies on ‘Trust,’ big power-pop chords and New Wave reverb on ‘Your Love’. Even the ‘Shadows’ here hold light, Gunderson’s voice soothing, and what appear to be plucked-string keyboard licks coppery and warm. Besides Henley, there are inevitable comparisons to other ‘80s stars here — Dream Academy, U2, and Gunderson’s countrymen A-ha come to mind. But dismiss all those others: when Gunderson sings (on ‘Stones’) “you know that you can’t have it all, [but] some things are just for you,” in his gentle tenor, you can feel it’s only him, singing for only you. When the album ends on the repeating “where does it go?” of the song of the same name, the sound feels absolutely Subshine’s own.

Another single, ‘Easy’, is accompanied by a mesmerizing lyric video (released earlier in 2019). The drive through a pointillist cityscape has a pop-art, late-night-without-your-glasses feel. Featuring ‘80s drums and incoherent-yet-appealing lyrics (e.g. “dream with your laugh / see with your hands / I don’t care if this is broken / yeah, we’re easy”), this dangerously catchy number seems made for radio (and early-morning earworms).

It’s not a perfect album. The lyrics occasional veer towards the cringeworthy (“It’s raining on my window / and your body’s on my mind”), as in ‘Body’. But even the weaker tracks are listenable, and the standout songs have real star quality.

Got a long commute ahead? Pop on Easy Window, turn up the volume, and somehow you’re at your destination sooner than you imagined. That’s the magic of Subshine.