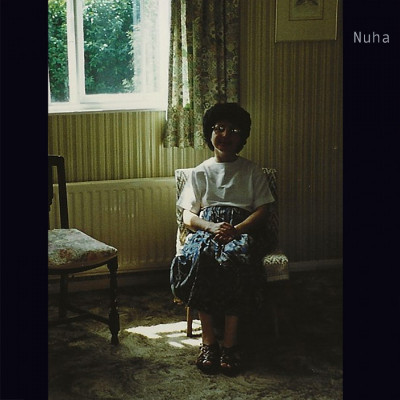 Intentionally or not, this debut EP from sound artist, Ell Kendall, appears to interweave the two tracks making up its runtime with reflective ideas of life cycles, frailty, and the transience of existence. Both pieces are portraits of two seemingly different people. The former, ‘Marlen’, captures the energy and life of a dancer whilst the latter, ‘Nuha’, focuses on the rapid physical and mental degradation of a woman diagnosed with Parkinson’s disease. Whilst, on the surface, they might give the impression of subjects in vastly dissimilar situations, through Kendall’s lens we experience both as being concerned with their vitality, their ability to function as they wish, and as people firmly aware of the fragile nature of their mortal coil.

‘Marlen’ is overflowing with vigour. A tickled piano twinkles like a flutter of excited toes or as if the notes are clouds swiftly dispersing to reveal tiny effervescent dots poking their way through the night’s canvas. Rushing flurries pave the way for long languorous stretches of sound. They unfold like limbs plotting a dance that we will never see yet, somehow, emerges perfectly choreographed within the mind’s eye. A curve of movement that returns to its initial glittering refrain after rapid bowing and urgent scurrying. It’s like a narrative arc that plots the small, early movements of life through hurried to steady, and then eager before sliding back down to the slow, gentle precision of softly ageing.

Then, on the other hand, we have ‘Nuha’, a much more sombre and tender piece. Notes are painstakingly separated. Space is drawn out, lulling sounds into unspooling at a limpid pace. A maudlin unravelling of time. It’s as if we are clinging on to strands that are familiar. But then a break, a schism. An un-bunching of static. A realisation? Acceptance? A chance to make things right? An opportunity that ought not be missed, perhaps. The past disappears. The now takes centre stage. Moments as necessary as vitality itself slip away. Crackles leak in, exposing the fizzled edges. Take a deep breath and steel yourself for this final moment.

As the ending circles inwards we’re privy to snippets of an answerphone message from Nuha’s sister, Maha. Her voice creating a sense of hopeful loneliness that recalls Abbas Kiarostami’s Like Someone In Love, in which a grandmother leaves a series of increasingly disconsolate messages asking for her granddaughter to meet her. The struggle between circumstances and duty results in a relationship reduced to heartbreakingly snatched glimpses. And glimpses are all we have with these two pieces of music. An idea, a feeling, a vague sense of each person. How much can we know of someone from such a brief moment? Yet there is something there that attempts to reassure us of an overarching similarity between them and us as these distinct portraits of wildly differing people lean trustingly into one another, carefully segueing from one slowing life to another.