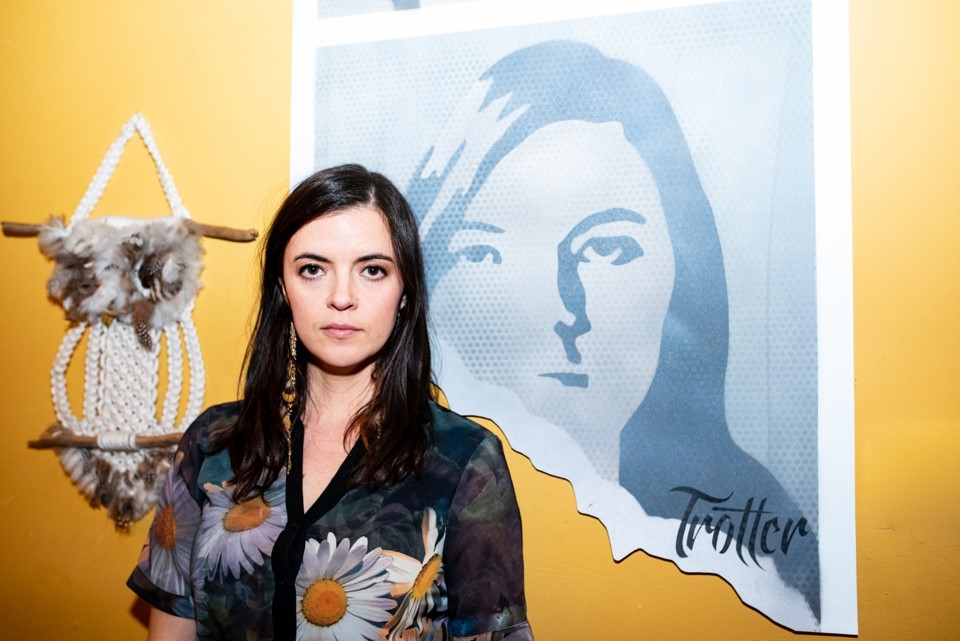 Together with her band, Lethbridge, Alberta-based multi-instrumentalist and singer-songwriter Makiisma (Mah-kees-ma), also known as Megan Brown, is set to release her debut album titled Lady Misery on March 28th. Today we have the pleasure of premiering the first single off the album titled, ‘Drone’.

“Having performed and toured as a violinist and vocalist with numerous bands over the past decade, Brown was no stranger to the music scene before the spring of 2017 when Makiisma, backed by a three-piece band took shape. As Makiisma, Brown, a lab technician by day, picks up the guitar to create music infused with heartfelt passion that draws the listener in and leads them on a journey through the many dynamic shifts that are characteristic of her songs. [As for the single], it uses a heavy droning riff, haunting vocals, and a ripping guitar solo to create a wall of sound that is sharply contrasted by a melancholic bridge (characterized by warm harmonies and ghostly violin).”

Megan explains, “I wrote this song in an attempt to sort through my experiences and make sense of the communication breakdown that occurs when anger takes over and is allowed to rule; this is something that I have witnessed countless times in my personal life as well as in the public sphere. The line “Drone starts, no room for air” encapsulates this sentiment, that when we allow anger to rule the ability to empathize and listen to others is lost. The contrast between the heavy verse and chorus sections to the subdued, introspective bridge creates an emotional tension that continues to build until the end of the song. At the end of the day ‘Drone’ is a good old-fashioned rock song and I hope that you enjoy it.”