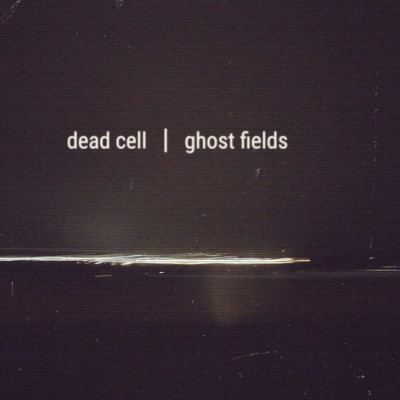 Dead Cell is the dark electronica project of Bård Linga, whose day job is to be bassist in the Norwegian stonerpunk trio Bokassa, who opened Metallica on their European tour in 2019. I missed the support slot when I went to the show in Manchester, but wish I hadn’t. Ghost Fields is Bård’s debut album under this new moniker, and for anyone hoping to get some stonerpunk action … well, you better look elsewhere. Dead Cell brings together jazz, some hazy electronic beats, a heavy dose of synth-led atmosphere that wouldn’t sound out of place in a John Carpenter film, plus a very light touch with some carefully crafted ambience.

Intro track ‘Body Collector’ opens like the first few frames of a horror film with a creepy melody, which segues into second track, ‘Ant March’ with its low, rumbling beat. Over the top a jazzy sax melody starts, playing the same run of notes over and over. There’s a heavy air of melancholy and understated threat. Elsewhere there are glitches, the odd guitar strum and more dark beats.

This is music with few glimmers of lightness of the sort found on so many electronica albums. The track titles add to the whole vibe of the album, too. We have the aforementioned ‘Burial’, opener ‘Body Collector’, plus ‘Digital Plague’ and, ominously, ‘The End’. The focus is on the darkness, the bass notes, like it’s all gone through a low-pass filter. It’s not depressing, just sombre. Even the piano melody that starts ‘Burial’ doesn’t have much top end or treble to it. ‘They Can Hear You’ (another suggestive title) has a synth melody that reminded me of a creepy 70s horror.

It’s music for contemplative moments and dark thoughts; times of enforced incarceration, perhaps. Ghost Fields is perfectly crafted from start to finish. Every track fits the overall mood of the album, and nothing breaks that mood. Some of the tracks could do with being longer: many are around four minutes, which isn’t long enough to establish the true depth of feeling that this music could generate. In many ways it’s a very calm album. Introspective, certainly, but that’s a good thing at times, especially ones like these. Ghost Fields is music for the soul, an album for quiet times, for thought. Recommended and very timely.