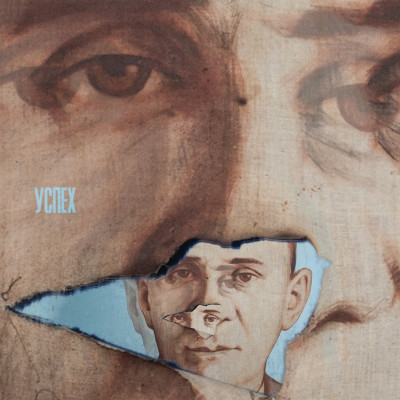 “Good luck.” That’s Uspeh, the title of the latest release from Bulgarian metal band TDK (TurDomKean). The message somehow manages to sound grim and dark — in the light of the current epidemic, of course, but also in light of the beautifully shadowy, complex music on this carefully crafted album.

This isn’t corporate metal. Far from it: there’s an undercurrent of subversiveness running through the whole album. TDK describe themselves as being from “The Separatist Republic of Dobrina.” Even without English lyrics, the sense of isolation, collapse, grasping at empty air, is musically evident.

Though the band keep their individual names off their Facebook site, they appear to have been working together for at least seven years. The group is tight. The album bursts open with ‘Royak 102.9’ (“Swarm 102.9”), the first single off the album, and it steamrolls in, non-stop and fast-paced, for seven perfectly-fitted-puzzle-piece minutes before dropping down to an eerily quiet midsection punctuated with muffled drums and gem-like guitar tones. TDK is no one-trick pony.

It’s metal, yes, but it’s also math rock, noise rock, post-rock. The guitar riffs have the complexity of Jimmy Page, and there are echoes of Tool and King Crimson in TDK’s design and execution. But make no mistake: if there are ghosts of Kashmir hanging around, Uspeh is no pale echo of someone else’s vision. The lead singer belts his anger on ‘Dom’ (“House”) with passion and intensity, then brings it down to paced, rhythmic spoken-word for the outro. On ‘Mladost’ (“Youth”), his voice takes on a gentle poignancy. The range of timbres and treatments runs against constantly changing time signatures and intricate guitar work. When he screams over a repeated vocal motif at the end of ‘Tih Trud’ (“Quiet Labor”), we sense a desperation that feels decades deep.

These aren’t verse-chorus-verse-chorus grinders. Each individual song feels like a small film, running through different moods, drawing a narrative shape. Masterful drums amplify this effect, which is also assisted by the length of the tracks, which run from the comparatively brief 4:18 ‘Avariya’ (“Accident”) to the complex, emotion-laden adventure that is 12:24 of ‘Tih Trud’. TDK make the most of the time; there’s nary a boring moment, and the tracks feel concise. The superb Uspeh is over before you know it, leaving the listener still hungry, with a fierce sense of longing for something always just out of reach.