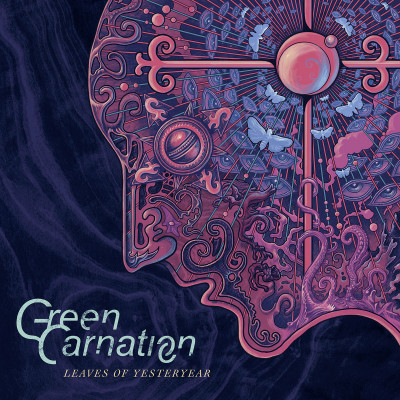 Leaves of Yesteryear by Green Carnation

Green Carnation have long been the nearly men of progressive metal. Formed in 1990, the Norwegians have had a stuttering career, featuring long periods on hold as members have focused on other projects (in particular, main man Tchort and his dalliance with black metal legends Emperor). It was only between 2000 and 2006 that the band were actually prolific, releasing a collection of eclectic albums; most noticeably 2001’s one-song gothic metal masterpiece Light of Day, Day of Darkness. The band have faded into obscurity in the years since, largely forgotten until a string of reunion shows in 2016 thrust them back into the limelight. Leaves of Yesteryear features the first new music the band has released in over a decade, and it’s a welcome return, as the band’s trademark ethereal melancholy has been sorely missed.

It is somewhat disappointing therefore that Leaves of Yesteryear can only really be considered an album in the loosest sense. There are only three new original tracks featured; with a huge portion of the run time (over fifteen minutes, a good third of the record) being given over to a rerecording of ‘My Dark Reflections of Life and Death’, a track from the band’s debut Journey to the End of Night.  This remake is a welcome addition to the band’s arsenal, but its gloomy angst stands in stark contrast to the more mature, contemplative nature of the rest of the music here. A retrospective is welcome, particularly as the band look to attract a new audience, yet in this case it seems to hinder the bands growth. Ironically, a cover of Black Sabbath track ‘Solitude’ fits in far more effectively, as a somber coda to the rest of the music.

The new music itself is largely a success. In their original incarnation the band took a turn away from the gothic doom metal of their early albums, with The Quiet Offspring in particular channelling more direct rock influences. Leaves of Yesteryear feels like a further evolution; there’s a folksy atmosphere here, a sense of Jethro Tull with bite. The band feel happier, more assured of the music they are making as soaring guitar lines clash effortlessly with Kjetil Nordhus’ downbeat yet expansive vocals. The opening title track is the highlight, showing that a catchy chorus can coexist with some more experimental tendencies. ‘Sentinels’ and ‘Hounds’ show that the band are equally as adept with shorter more radio friendly tracks and longer epics respectively. ‘Sentinels’ in particular is a world away from the band’s earliest music, a joyful (if slightly unhinged) romp of a song. ‘Hounds’ is closer to their gloomy past, with a darker tone and an addictive central riff, yet still maintains that maturity of modern day Green Carnation.

It may seem churlish to criticise a band looking back at their past. There’s a real sense of contemplation throughout this recording, of time catching up as they look back on their past. In that sense, why shouldn’t they rerecord an earlier song, or cover their heroes? It doesn’t quite work however; it leaves what should be a triumphant return feeling like a somewhat disjointed endeavour, as if the band has one foot in the future and one foot in the past. There’s never been a better time for a band like Green Carnation, and Leaves of Yesteryear could well lead a bigger audience than ever to bathe in their gothic glory. It is not the band’s masterpiece, but there is enough here to suggest the next one just might be. Provided they don’t wait another decade.