(((O))) Review: The National Honor Society – To All the Glory We Never Had 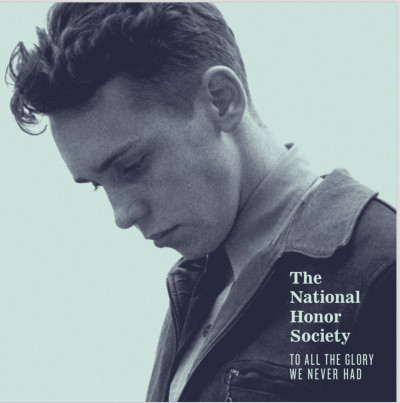 The National Honor Society formed in 2017, hails from Seattle, and traffics in occasionally high octane indie rock and dream pop. In fact, without knowing their origins, I would swear this was a band straight out of the late 80s UK indie scene. They have that patina about them, and I am oft reminded of vintage Oasis more than anything else. Given these touchpoints, you can be assured of highly infectious tunes that will drill into your brain. The band’s material has descended somewhat into an overall funk created by the world around us, but upbeat melodies and stellar harmonies spare this record from being a downer.

‘Turns Me On’ kicks things into high gear straight out of the gate, and it’s sure to be a hit. While it and the follow-up tune, ‘Everybody Love and Breathes’ are familiar sounding and somewhat dated, but they are still fine ear candy. Track #3 is ‘Crystalize’ and it’s a swell example of dreamy orchestral pop. ‘Be Gone’ is sunny music for that perfect beach day, while ‘First Among The Last’ is pretty and a good choice for first single. I like the atmospheric textures on ‘The Occupation’, which has fine guitar work and a strong melody. ‘Never Gonna Make It Happen’ softens the impact a bit and reveals some nice harmonies.

‘Incredible’ is another classic sounding pop tune which could have come straight off 70s radio, if radio was ruled by underground music fans instead of corporations. ‘When We Ruled The School’ dials it up to a medium power pop jangle, and it’s a fun listen. The album ends with the anthemic ‘Stand Down’, and it has an appealing quality. In summary, during these tough times, we all need music to chill out to and put a happy spin on what could otherwise be a world of suck. Be sure to check this one out!