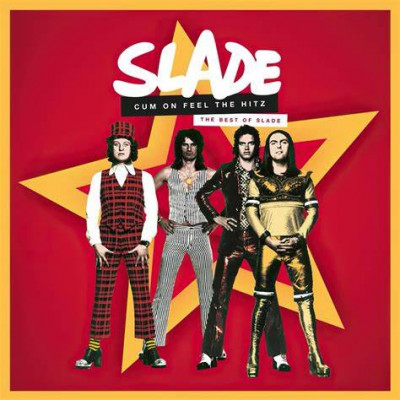 I’m sure to many people of a certain generation Slade are the loveable cherished rascals who were beacons of light on the grey 70s UK social landscape. How could you not unleash a chuckle every time you saw them on Top of the Pops in their completely hilarious over the top costumes. And this was when most people had black and white televisions. But you laughed with them as you sensed they thought it was all just as ridiculous as you did while belting out their thoroughly enjoyable stomping rock ‘n’ roll anthems.

For this reviewer though, Slade were even a lot more than that as they were my first introduction to rock music. My first ever album was Slade Alive. A Christmas present when I was a little nipper and before I even had my own record player. I still love that album, but being introduced via their rock-tastic live album and not through that Christmas single, instilled a strong sense in me that they were always a rock band first as they made an incredible dent on the UK charts in the 70s, as well as their surprising return to the charts in the early 80s.

Following on from last year’s Feel the Noise: The Singles Box is Cum on Feel the Hits – the Best of Slade. This is by no means the first Slade best of. There has, of course, been a numerous amount over the decades. The first one I remember was Slade Smashes –  the front cover of the band with an out stretched clenched fist that, you guessed it, smashes a pane of glass – a cassette which long ago went to tangled tape heaven. This latest best of is a far more extensive and completist offering as it also contains their 80s output  – 43 singles on double CD or 24 singles on double vinyl.

Of course, it contains their UK number ones – the fabulous five of ‘Cum On Feel The Noise’, ‘Mama Weer All Crazee Now’, Coz I Luv You’, Take Me Bak ‘Ome’, and of course ‘Merry Xmas Everbody’ – and their many other top twenty smash hits. Many will know of the Slade that stomps and thumps with roaring terrace friendly choruses and a vibe which parties like life is one endless beer swigging knees up. They cooked up some riotous rock bangers in ‘Skweeze Me Pleeze Me’, ‘Mamma Weer All Crazee Now’, ‘Get Down And Get With It’, ‘Gudbuy T’Jane’, Take Me Bak ‘Ome’ etc.

But, for anyone who has dug deeper into their catalogue will know and testify how many great overlooked gems they have. The song-writing partnership between guitarist and the owner of one of the most unique town cryer infused rock n roll hollering vocals of all time Noddy Holder, and bassist Jim Lea has-to be mentioned and celebrated wholeheartedly because underneath their lairy costumes they could write songs of exceptional quality. Check out ‘Far Far Away’, the chunky piano led ‘Look Wot You Dun’, and ‘How Does It Feel’ are all sturdy evidence they were no one trick ponies.

The 43 tracks compilation covers the singles released across their career, therefore the high standard slips as their 80s-input progressed through the decade – the mawkish, wince inducing ‘All Join Hands’, ‘We Won’t Give In’ and the dreadful 80s production on ‘That’s What Friends Are For’ for example. You can hear for yourself the band were running out of steam and coming to an end.

However, I’m a long-time fan, so in my opinion everyone needs some Slade in their collection – whether it’s via this best of or purchasing their many fine albums. Their songs from the 70s still stand up to remind you how splendidly Slade ruled.