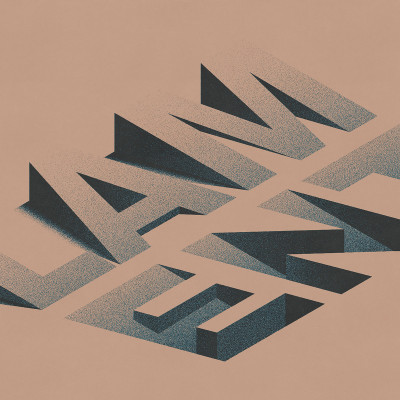 Los Angeles post-hardcore quintet Touché Amoré have certainly come a long way from their modest origins. The band formed in late 2007 and over the next two years, became a regular fixture on the more screamo-leaning fringes of their hometown’s storied hardcore scene. They released their debut album, …To the Beat of a Dead Horse, in 2009, following it up in 2011 with the tight but melodic Parting the Sea Between Brightness and Me. The band then attracted widespread critical acclaim from the likes of Pitchfork and The AV Club and got to Number 85 in the US album charts with their third album, Is Survived By (2013). But then tragedy struck. On Halloween night 2014, straight after having played a festival set in Gainesville, Florida, frontman Jeremy Bolm heard that his mother had died of stage four cancer aged 69. Bolm’s consequent heartbreak and eventual arrival at a tentative truce with this horrible turn of events formed the inspiration for Touché Amoré’s fourth album, Stage Four (2016). This became easily the band’s most critically acclaimed album to date, and its follow-up, Lament, deals with Bolm’s angst at having artistically confronted his bereavement in such a public way, as well his unease at his newfound status as a sounding board for his fans’ own grief, and his distress at the current dire state of US politics.

The album opens in up-tempo fashion with ‘Come Heroine’. The song is a fast-paced punk song that harks back to the band’s origins in many respects, but Limp Bizkit producer Ross Robinson makes Nick Steinhardt’s and Clayton Stevens’ guitars sound more twangy and reverb-y than they have at any point in the band’s career to date. This is a motif that recurs throughout the album, and the effect it has on the band’s sound is questionable (on occasions, the guitars can sound almost country-ish). The title track maintains the opener’s brisk pace. ‘Feign’ slows the tempo down slightly before speeding things right back up in the choruses as Bolm confesses: “I say the wrong thing/At the perfect time/That’s my signature/On the dotted line”. The verses of ‘Reminders’, a song Bolm wrote to calm himself after the failure of the Trump impeachment proceedings, have plenty of spiky energy to them, but Julien Baker’s backing vocals during the choruses are almost redolent of pop-punk, a genre of which I’ve never been fond. In general, though, side one is of good quality, with closer ‘Limelight’, a song I initially found underwhelming when used as the LP’s lead single, proving far more effective as an album track.

‘Exit Row’ features more of the aforementioned twangy guitar sound from Steinhardt and Stevens, but the tight, razor-sharp playing from rhythm section Tyler Kirby and Elliot Bain helps prevent the band’s overall sound from becoming too washed out-sounding. ‘Savoring’ manages to be one of Lament’s most moving songs whilst also featuring hard and fast playing in its first two thirds. Bolm sings: “Sometimes the slightest thing/Will split my head in half/A crooked picture frame/Or the volume of a laugh…You make me resolvable/I’ve never been too subtle”. A statement from him accompanying the album detailing its writing and recording explains that the song is a tribute to his partner and the hugely supportive role she has played in helping him through the grieving process. The way in which the lyrics are wedded to some truly luscious riffs makes the track as emotionally affecting as many of the songs on Stage Four. Sadly, this is followed by the Leonard Cohen-influenced ‘A Broadcast’, possibly Lament’s weakest song, on which the Americana-ish, steel-ish guitar sound reaches its nadir and some ‘anthemic’ backing vocals fall flat.

‘I’ll Be Your Host’ and ‘Deflector’ both address Bolm’s unease at having fans come up to him at gigs and tell him about how Stage Four helped them deal with their own grief following bereavements they have suffered. The former song is, perhaps counter-intuitively, one of this album’s catchiest, hookiest, most up-tempo tracks, and its melodic guitars belie Bolm’s screams that he’ll “flow through your city/With my blinders up/It’s not what I would have chosen/It’s not what I want at all”. ‘Deflector’ was the first song Touché Amoré recorded with Robinson at the controls and was released as a single last September. As with ‘Limelight’, I find it works better as an album track than as a single. ‘A Forecast’ closes the album and is perhaps Lament’s most nakedly confessional song. Bolm uses it to update the listener on the events that have taken place in his life since Stage Four, singing lines like “I’ve healed more than suffered/I’ve found the patience for jazz/I still love the Coen brothers/I’ve lost more family members/Not to cancer, but the GOP” to the accompaniment of a lone, softly played piano. The band start playing in full around the two-minute mark and the heady blend of poignant screaming, melodic guitars, and a punchy closing drum fill from Babin makes for an ideal way to conclude the album.

In sum, Lament is a good album. It’s a long way from being Touché Amoré’s best, but it would have been a near-impossible task to follow up Stage Four with a record that was as good or better. I would have preferred the songs to have had rougher production values than the overly polished, radio-friendly sound that Robinson brings to them (his recording skills aside, the man sounds like he was fairly unpleasant and excessively demanding to work with, if a recent VICE interview with Bolm is anything to go by). I found the guest vocals by Baker and Manchester Orchestra’s Andy Hull a little jarring, and I wasn’t a huge fan of Stevens’ and Steinhardt’s newly twangy guitar sound. However, the album is still a very enjoyable piece of work overall, and Touché Amoré again prove themselves masters of marrying deeply moving and confessional lyrics to music that is sometimes melodic, sometimes aggressive, but more often both. And in an era when much still needs to be done about openness on mental health, it’s heartening to see Jeremy Bolm still using his lyrics as an outlet for the vicissitudes that his takes, hopefully helping his fans to come to terms with similar issues to those which he has had to in the process. Whilst I had some minor misgivings about it, Lament is still the best post-hardcore album that 2020 has given us, and it sees Touché Amoré maintain their status as the best post-hardcore band in the world.