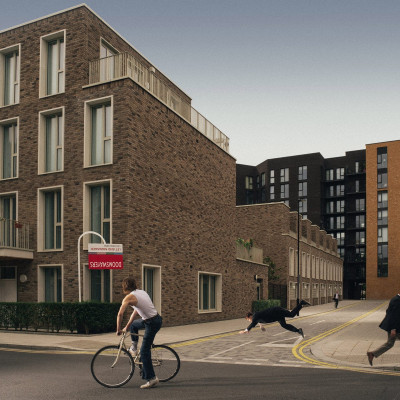 For their second EP of mangled post punk and poetry we join London team Legss on a cold sweat commute into the gaping maw of capital. Doomswayers edges through the contested physical space of the city, down empty yet oppressive streets, attempting to compile a psychic map of shifting terrain with limited resources. It’s amazing what a little imagination and self assurance can achieve. The results are contorted sheets of sound and a relentless flow of words. It’s smart and surprising and often hilarious into the bargain.

“You would like this, it’s a load of pretentious bollocks, you twat.” No one will accuse Legss of appropriating a working class voice but is it poncey or simply literate? Is there a difference? For eradication of doubt Doomswayers is also available as a book. Claiming the influence of Gogol and Huysmans, lead single ‘On Killing a Swan Blues’ makes the splendid but enigmatic declaration “If I were an American then my experiences, they woulda shaped me, But because I am British they only make me tired.” and tumbles into a weary caricature of the crushing of impertinent youthful energy by establishment malice and the sinking inertia of London. If it wasn’t already the imagery in your mind’s eye, the video shows anxiously sweating individuals on tube trains and lost between thin grey facades like fish drowning in water.

They may be men and their guitars made of wood but Legss are an antithesis to lumpen #propermusic tedium. A minute into opener ‘Local God’ vocalist Ned Green deadpans “imagine being lectured by bands like ours that do nothing.” Merely the first of several potential hostages to fortune littered across the EP. Perhaps it’s a defensive move against future pomposity. He’s wearing a double breasted charity shop suit in an unconvincing attempt to look like a city wanker. I swirl the glass and watch it settle, inhale deeply. I’m getting pencil shavings on the nose, inky smears on fingertips, notes of Mogwai and Arab Strap, an astringent dash of The Fall and The Blue Aeroplanes on the finish.

The second side opens with ‘Letter to Huw’ a spoken word piece set to incidental music and diagetic sound, co-produced by Escha. It relates a meeting with BBC Radio 1 DJ Huw Stephens, taking in a trip on the eurostar and an alarming confession in Paris that he doesn’t actually like music, at all. A prince imprisoned in a gilded palace. That Stephens, a champion of the band and son of a poet, is probably OK with this professional slander doesn’t make it any less funny or beautifully done. Confidence is running high enough on Boulevard Montmartre that our knowing narrator mentions Stephens quoting from T.S. Eliot’s The Hollow Men. Not the well worn closing lines that have entered the everyday, “This is how the world ends, not with a bang but a whimper”, but Eliot himself reading from earlier in the poem. Turns out you can find this on youtube, I never would have guessed.

Sure, it’s all a bit studenty (there’s even a mention of “the entire teaching staff of UAL” in ‘Doomswayers’) but art schools have given us plenty of great bands in the past and the nation’s students now imprisoned in halls could do worse than spend some time with this record as they wonder what they’ve done and if this really is how the world ends. Next radio single ‘Venus’ will be more at home on Stephens’ show. It’s more song shaped, less wordy. Even here there are knowing nods to Scots pop aesthetes Orange Juice and poet-punks Television. The first half is a taut beat and scratchy guitar fidget but where the solo might come in it opens out into something softer and more exploratory, the instrumental second half winding slowly round to the start.

On the closing title track they pull together their ideas into a compelling mix of writing, soundscapes and rock band. Its eye takes an epic Hogarthian sweep through a familiar late night city scene. After a couple of minutes a two note echo of the emergency services pipes up. Blue lights bouncing off the walls it distorts and dissolves across a gentle acoustic strum and over into panic edged unease. Deft but understated it reminds me to point out how smart they are with sound as well as words. When the drums return it takes us on a determined stride into the darkness. Ending in an insomniac bout of the horrors that cuts short when you feel it might yet rage on. Soaked in urban claustrophobia and a manic uncertainty Doomswayers is ambitious and accomplished, an imaginative shot in the arm in a year when bluff doggerel apparently passes for poetry and insight. Why not expect something more every now and again?