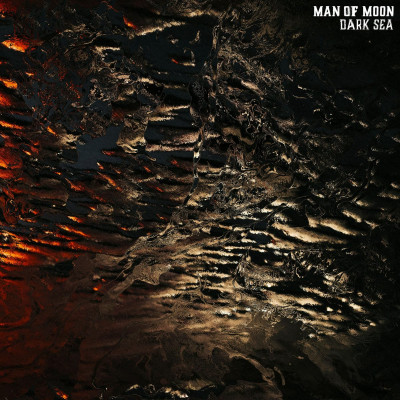 Dark Sea by Man Of Moon

This review is a reassuring example of serendipity. I’ve missed a lot of support bands in my time, mostly just from being too high to get to the show earlier. Fortunately, Man of Moon are one of the ones I actually caught. They were supporting The Twilight Sad, I don’t know where or when, but, it was definitely some time over the past five years. In any case, I remember thinking they were ok, but, I’m guessing with this being their debut LP, they probably didn’t have anything at out the time to hook me in with.

When I saw their name browsing through our seemingly endless submissions folder, I was pleased to hear that the stuff from this debut LP Dark Sea seemed really good. As a musician myself, I found this selection process comforting. I saw a band, by chance, a long time ago, forgot about them, saw them announce a new release, remembered who they were and on the strength of one show and decided to give them another whack. It might not make sense to everyone, but, it’s to empirically verify, now and then, that people will remember you for one good show.

The best way I can describe these guys is as a sonic middle-ground between the twangy early years of Soundgarden and the synth-driven electronic rock of groups such Digitalis and Modwheelmood. However, there is definitely a strong post-punk atmosphere to it as well. The ‘Intro’ is really well-executed, they do a great job of building atmosphere with a slow-burning instrumental and an engrossing monologue, really sets the album up nicely. It could be considered that ‘The Road’ is the first “proper song” on the album, off the bat it has this surging energy that’s really enrapturing. It’s danceable in a non-shit way. Kind of like back in the day when rock music was still a thing.

‘Strangers’ is a surreal song for 2020, the era of social distancing will surely have an impact on a song that feels like the embodiment of trying to push your way through the crowds of packed venue. The synths are brilliant and the drums bounce between pulsating dance and disco beats and tribal fills. What strikes me about this album is that the songs seem to fly by, I guess it’s cause all the songs are really well-written and the production is really nice. I really like the fast-paced vocals that build at the climax of ‘Silver Linings’, there’s a real magnetism to that crescendo.

The ‘Interlude’ drags the album into bullet time, with a glacial ambience building slowly into an eruption. The vocals chop in beautifully in terms of both production and delivery, but the ensuing instrumental that follows is fucking amazing. It just feels epic and strongly reminds me of the thunderous conclusion of in violet’s ‘Posiedon Weeps’. I’d say that ‘When We Were Young’ is the only track that loses me a bit, it feels slightly too washed-out to me, like when you realise you’re too drunk and it’s a bit nauseating; the outro to the track reigned me back in though.

I really like the way ‘Black Snow’ incorporates an acoustic guitar into the band’s sound, after such a prominently electronic experience, it comes as an interesting diversion. The second half of the album does feel like a winding down though, ‘Rust’ has its frenetic bursts including an epic climax with brilliant vocals but, the other tracks after the interlude definitely start to unravel the album and draw it to close. I’d describe ‘Coming Back’ itself as more of an outro than a song as it gently tapers off the album with a cold and sparse tone. 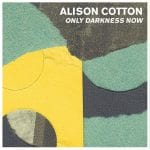