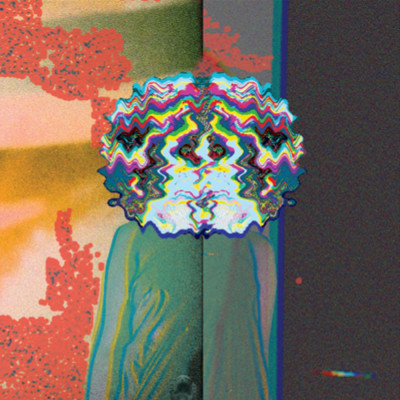 “Oh dear! Oh dear! I shall be too late!” Wonk pop weirdos Dorcha finally get down the rabbit hole and release their inner Honey Badger. Not that they march up and bite your head off. Nothing so immediate or upsetting, this album is “a grower” as we used to say. Equal parts invigorating and infuriating it’s well worth the time it takes to get to know it. From the very start they tilt the floor beneath you so you never know what’s coming. Anna Palmer whispers to herself, in your ear, “I’ve been thinking about… what to come as?” Around the minute mark it bursts open in bass fuzz and spiralling organ and we’re only two minutes in when the keys slide free and hover above us like a haunting…

The title track is all over the place like a mad woman’s custard, leaping from tentative space clearing through barrelling new wave to operatic vocals afloat in deep drone before settling in for the vocal. In the middle things get chaotic over busy drums but then a stately prog processional opens out and the violin comes in. Is it just a hyperactive glitching stream of musical thoughts? Never rough edged, their playing is tight and it all shimmers with a sweet harmonic glaze that helps the disorientation go down. Still, the nagging sense that any second it will flower into a heart in mouth chorus or indulge a prolonged bout of rocking out is never fully realised. They’re never so vulgar. It’s a bit short of earworms, preferring to chew its sleeves and avoid your gaze. Which makes it sound timid when really it’s mysterious.

As internet readers you’ll be aware, honey badger don’t care. Honey badger don’t give a shit. Dorcha though are awkward, both socially and musically. The loose narrative threading through the record sees them drag their anxious introvert brain to a party and try to lose themselves, shed their inhibition and release their carefree inner self. Or get completely wankered, if you prefer. I expect you can relate. The lyrics are impressionistic, somewhat submerged, and seem to work as sound as much as story. “Rattle the badger’s cage, kick the bars again with vigour!” ‘Monkey Dust’ rather brilliantly dissolves into a barely coherent ramble. Anna burbling and muttering away might be the high point of the album. Alice, feeding her head, Dorothy skipping down the yellow brick road, all chock full of the monkey dust on a Technicolor soundstage. Calling occupants of interplanetary craft.

Recorded at Invada Studios, where they seem to have had a great time in the toy chest of analogue synths, the album is layered in gorgeous glowing tones and sweet cinematic strings. Glittering flashback keyboards sprinkle the dreamy, lurching ‘Lizard’ and smooth its shifts of scene. Short interludes (‘m_eets’ to ‘meet_s’) work both to divide the tracks and connect them into a unified whole. ‘Bruiser’ might be the clearest demonstration of this sonic richness. Originally released a couple of years back in a more deconstructed alt-rock form it is here reborn as a remarkable confection, the baroque strings of the verses swirling upwards into an infectious disco chorus. Always cutting out just short of fully cutting loose.

Recent single ‘Last Minute’ is a quick and breathless synth storm, as direct as they get but after the synapse frazzling ‘Monkey Dust’ the album starts to calm itself. ‘China Flora’ see saws between wide screen dreamy and rocking, the earlier anxious scatter eases into a comfortable flow, happier in its skin. The closing couple of tunes are just gorgeous. ‘Horses’ is a hazy, hovering, thing that softly strokes your face like sunlight on a meadow. It features the phrase “transient solace” which might feel too much on the page but does capture the mood, of soaking in a moment of peace that you know cannot last.

It doesn’t matter as much as people think to nail down genre boxes but Dorcha are so delightfully, determinedly, odd it can be hard to grasp what they’re up to. This has lead to some fairly comical X + Y descriptions of their sound. It’s not that it’s shockingly new but it really is quite unique. The comparisons don’t come easy and are generally not accurate. I shall push mine discreetly to one side for now. Their music does not lack confidence in either conception or execution but I find it comes to you slowly. There are pop flavours here but no big, bright, pop shapes. It’s almost as if anything too familiar gets cut out. Like I said earlier, awkward. Beneath the sometimes scattershot surface it’s full of subtle sonic details that make you pause so as not to miss them even as it remains opaque. Bold, multilayered and disorienting Honey Badger is an enigmatic and beguiling listen that rewards your patience. 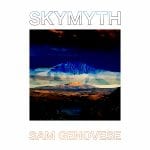