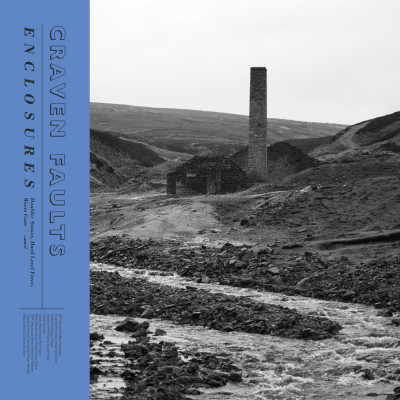 This is a real beauty this one. Three fairly lengthy modular synth explorations that unwind in a leisurely and hypnotic manner. Enclosures is the second album from Craven Faults. Effortlessly, almost instantly, it has you wrapped in its spell and yet it’s hard to explain quite how or why. The magic evades the eye. Resists close examination. There are some outlines and field notes, of course, but they seem at a functional remove from the music.

An equipment list, an oblique scene setting text. Enclosures represents “the start of the next journey” up and over the moors. The impetus for the project is a response to a particular landscape. The Craven Faults are a great geological cracking across the north of England. Stretching across Lancashire into Yorkshire where the artist who takes their name resides, finding inspiration in walks along them.

Mr. Faults has opted for a tantalising anonymity, appearing in the odd blurry photograph amid either the moors or his machines but otherwise remaining behind the curtain. All good fun. Does it matter who he is? It shouldn’t matter all that much really. I doubt it matters if you don’t know the Yorkshire Dales or bother to try unpicking the psychogeography of it. Although I must confess it has made me want to go and walk it. The music is well suited to walking, wherever you are. Around the park, along the canal, down unfamiliar residential streets. It probably suits train journeys or long distance drives as well although they’re currently off limits. It is solitary and meditative, arpeggiating chords melting into one another. A form that shifts subtly with each repetition.

At first its simplicity is pleasing, it lulls you, recedes from your attention, so when you refocus it has moved along to something else. Always moving, always changing, it unspools organically, following a pleasingly self evident path. Here is the curious fault line in the project, between landscape and technology. Despite its fluidity this is unmistakably machine music. Made in a darkened room by a man with a thicket of wires sprouting from a wall of switches and flickering lights. Possibly even flashing knobs. Once the sound of a gleaming alien future, in a digital world the analogue warmth of modular synthesis is almost nostalgic.

Most of us have grown up with it threaded through our lives, the soundtrack to educational programmes, sci-fi movies and occult horror. If we weren’t presented with the idea that Enclosures was about Yorkshire geology we might reflexively fill that space with any of the others. It’s like an inescapable background hum in the circuitry. Craven Faults gives no ground to retro appeal or soundtrack pastiche. The pieces lack cinematic drama, proceeding at walking pace, changing like the rise and fall of the land. ‘Hard Level Force’ eventually dissolves into a rising fog of unease but generally the mood is contemplative.

Enclosures accompanies you as a listener, it makes space for you, doesn’t manipulate your emotions. These days there’s as much burbling modular synth music out there as you can shake a walking stick at. Much of it dull and prone to fly tipping. Enclosures is a sweeping vista and a deep breath of fresh air. 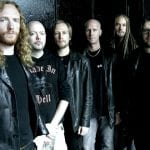