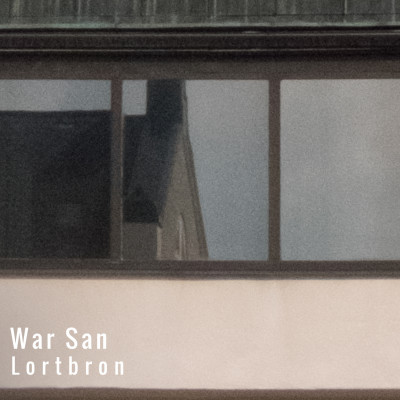 What can you do with another solo piano album? Well, for starters, listen to it. And then if it is good there are at least a dozen possible combinations in which it can come in perfectly suitable. Including just listening to it. Here we are then with one such musical specimen – War San and his album Lortbron, or “The Filthy Bridge” as it is said in Sweden.

Actually, there’s an interesting story behind this one. Kim Warsén, aka War San, who as you presumed is Swedish, made his name in Spain first, where he lead and sang for two bands – Ginferno and Los Cuantos. It seems that when he returned back to Sweden some six years ago he turned to meditative instrumental music.

Now, with such a genre, there’s always a good chance that the music will turn out something like a cup of tea with too many sugars in it. Not so with, War San and his Lortbron. It probably has something to do with the fact that this is War San’s seventh album, so he probably has enough musical experience to have the sense of how much ‘sweetness’ and melancholy he needs to filter through.

But to make such music really work, you need to have that touch and sense of what works and what doesn’t and throw in little touches that don’t let the monotony seep through. War San does that with touches of organ and field recordings like on ‘Aftonland’ here and elsewhere on the album.

Still, it is War San’s sense of keeping things as uncomplicated as possible and hitting the right notes every time that make Lortbron work, and one of those albums that you can resort to whenever you need some peace of mind.