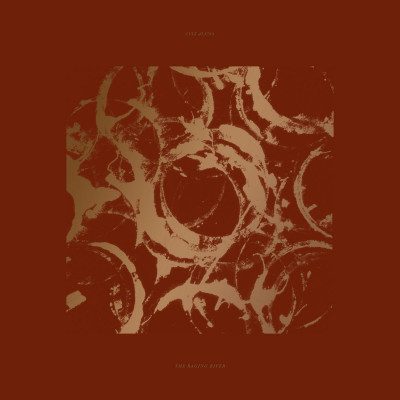 The Raging River by Cult of Luna

Over the past few years Cult of Luna have been on the form of their lives. With a string of critically acclaimed albums, and a renewed commitment to playing live shows, the Swedes have quietly ensconced themselves in the upper echelons of not just their own post-metal niche (where they are surely now the undisputed titans), but also in the world of metal in general. This is a band that have reached the point where they can now headline festivals with barely a raised eyebrow. This is a band full of confidence, a band who have reached the very pinnacle of their craft.

If you are reading this review, chances are you already know what to expect from a Cult of Luna album – a beautiful if punishing sonic soundscape, a jagged wall of sound complemented rather than dominated by Johannes Persson’s bellowing roar. The band have always been about evolution, rather than revolution and as such, The Raging River will not rock many a boat. It is billed as a continuation of 2019’s A Dawn to Fear, with the band describing it as “a bridge that needs to be crossed” between that recording and their next. A cynic might suggest this is merely a collection of offcuts released to promote the band’s new Red Creek record label but that is not the case – this EP is the product of an entirely new recording, and that firmly shows in the care that has been taken to craft every angry atmosphere. Still, do not expect too many fresh ideas here.

Not that that is necessarily a bad thing, as Cult of Luna by the numbers is still a step above most bands. There is plenty to admire here, from the desolate aggression of ‘Three Bridges’ to the blaring foghorn of ‘What I Leave Behind’. Elsewhere, the initial explosion of ‘I Remember’ soon gives way to ghostly introspection. It is a haunting slow burner that unfortunately overstays its welcome just a tad too long. There’s also the closer, ‘Wave After Wave,’ a twelve-minute earthquake that takes a while to break, but when it does it becomes one of the warmest and most evocative moments of the album.

The centrepiece here is undoubtably ‘Inside of a Dream’, which features the inimitable voice of Mark Lanegan. The American has long been admired by the band, and he lends the track a haunting, soulful air. For those expecting a Mariner-esque clash of styles, however, prepare to be disappointed. This is very much a Lanegan-led tune, with the band themselves content to take a backseat.

Overall, there is very little to say here other than it’s a Cult of Luna album. Fans will lap it up, those still on the fence will likely remain there. The Raging River is an enjoyable album, perhaps not reaching the heights of their peerless best, but certainly more than a stopgap release. There is plenty here to like, and plenty here to tide fans over until the Swedes deign to release their next masterpiece.