(((O))) Feature: Farmer Dave & The Wizards Of The West – Cosmic vibes from the West Coast 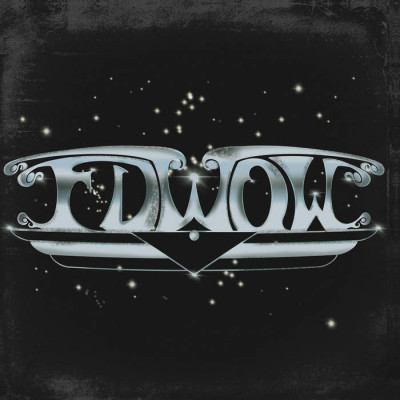 Farmer Dave & The Wizards Of The West on the web:
Facebook | Bandcamp |
by Martyn Coppack | February 13, 2021 | Features

There’s some rather cosmic vibes emanating from the West Coast at the moment, with chief amongst these being the rather exacerbatingly cool Farmer Dave Scher. Musician, collaborator, journeyman, and all round good guy, he has just released his brand new album with his fellow cohorts. If you thought January was a drab month then you most certainly haven’t been listening to Farmer Dave & The Wizards Of The West(FDWOW). Having fired up the cosmic bong and relished in the album, Echoes & Dust wanted to find out more about these vibes…

“This has been a time to challenge our species to its core, with the promise of better days and better ways at the end of the tunnel”, Farmer Dave offers a conciliatory offering to what has been a year unlike any other. “After a pretty intense spring and early summer, I’ve formed a new version of FDWOW with some dear friends… we became a pod, staying together and getting tested frequently. We worked on arrangements for the 2nd FDWOW album and just got home from recording it! I feel super blessed to have had this chance, especially with such tough conditions out there”.

The lockdown conditions have meant that normal working practices have had to be abandoned, and new ways of surviving as a musician need to be found. For Farmer Dave it was much a case of taking what had already been developed, and mixing it with the new. “These tunes came from dreamlike sessions at the computer late nights in the winter and spring… a couple of the songs come from before. ‘FDWOW’ comes from a live set we would perform at “Club Pacific” in Venice Beach CA… gigs were still happening the way these tunes were forged, so that energy is in them to the core”.

With the lack of gigging opportunities, the need to write becomes paramount but with that comes, maybe ironically considering the lockdown, a need to find the time. Farmer Dave is open about this, “as far as time to write, there’s always no time or plenty, it’s fun to surf that difference and see what happens. Really, once you get in the mindset of going off to write, it becomes a special part of existence you don’t want to trade for all the parties in the world”.

From this process has come the FDWOW album, and its loose vibes and psychedelic thrills come thick and fast. It’s an album which takes the listener on a journey, and each song becomes a call to arms for good times and feel-good anthems. “The songs take the listener on an arc journey.. in the beginning, there was ‘EXEGESIS’, from which we crack the cosmic egg straight to ‘Cave Walls’, a song of fated love.. to be?”. Farmer Dave is talking us through the album. “‘Right Vibration’ is sort of anthemic and points the way for humanity to align itself with the rest of the cosmos.. ‘Ocean Eyes’ is a West Coast love noir mystery with redemptive leanings (spoiler alert!) ‘Stand & Deliver’ captures the feel of the surfing, cave dwelling Cali nomads of the Southern and Central Coast, can be applied to you in your home… just roam! ‘Mutant Pill’ hints at the consciousness evolution already well underway, ‘Babe Got Plans’ is a love affair with England and waves of storm wall guitars. ‘Bahannon’ is an ode to explode and ‘Wipeout’ is surf goth a la depeche, thanks to Jud Birza our drummer”.

Rarely a moment goes by where the band aren’t flipping you into yet another zone, from the outright funkiness to surf guitar, via tranced out dub vibes. Through it all Farmer Dave leads the way like some psychedelic shaman. He may be more known through some of the artists he has collaborated with, but here he takes the mantle of band leader with glorious results.

Wanting to know whether this was a process learnt through the years, and if there was an urge to collaborate in the future, Farmer Dave explains, “If I boiled down right now, Jenny Lewis, Kurt Vile, and Cass McCombs are the three of my fave writers I worked most closely with as an accompanist. I learned a lot from how they write and when these new tunes came about, it seems those lessons had matured within me and it was time for my own voice to really come forth. I’ve written before, of course, but there’s a new wave of sounds and lyrics underway”. Listing Elvis Costello, Erykah Baduh, and Jonathan Wilson as previous muses, Farmer Dave has one in his sights, “I’d love to collaborate with Billie Eilish, someday, I think’s she’s wicked good!”

The songs on FDWOW are the kind of ones that beg out to be jammed out on the live stages, and you get the feeling that this is where Farmer Dave longs to be. The pandemic has put paid to this for the time being though. With venues under threat will it ever return in the form we so love? “I believe there will always be ways to play live music, especially once the pandemic lifts. Nature abhors a vacuum! There are all kinds of spaces and natural places where concerts can be staged also”. Farmer Dave is also positive about the future of the industry. “Just as there are new and more equitable business models for music rising from the ashes of the old industry, so will live music find ways to be more adaptable, maneuverable, and all-serving. I’m sorry for what’s no longer, but always, there’s more waves coming in from out on the horizon. We gotta love reality!”

And with that there is the sense that no matter how far out you want to go with your music, you always need to retain a strong sense of reality. Farmer Dave has earned his path to righteous highs, by understanding and working within the system, albeit on his own terms. It’s this team that makes him such a natural leader of his own band. The Wizards of the West may like a good time, but they also know how to adapt to change. Much like the original hippies of the West Coast adapted to become industry leaders, here we have a new breed willing to take on established mores and find their own paths within. All hail Farmer Dave and his magnificent Wizards of the West.