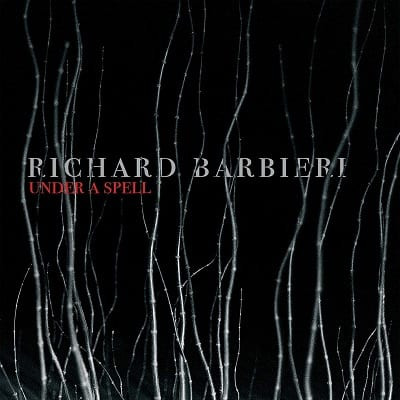 Under a Spell by Richard Barbieri

Richard Barbieri has made a name for himself since 1974. From the new wave sounds of Japan, Dolphin Brothers, Porcupine Tree, and Rain Tree Crow, he is always one step ahead to see what he will think of next. His follow-up to 2017’s Planets + Persona entitled, Under a Spell from the Kscope label, was recorded in different studios before the COVID-19 pandemic hit.

Once it did, Barbieri recorded it at his studio in his house in London while all the craziness was happening in the outside world. Under a Spell is like a sequel to where the Planets… album had left us off into a journey from the expansive terrain. While there aren’t any vocals on the album, Both Marillion’s Steve Hogarth and Swedish singer Lisen Rylander Love, takes us into the unknown.

‘A Star Light’ features Lisen’s vocals echoing back at you as she cries out the title and Barbieri’s synths go into a forest to have these little creatures grooving to these unexpected piano lines that have ballet like syndromes at the end. On ‘Serpentine’, it is a dub-fusion arrangement that is set in a neo-noir atmosphere that takes place in the land of the rising sun as the criminal sets up for more missing clues.

‘Clockwork’ is an alarming synth to start your day up running. The voices are filling in the sanction to see what Richard will think of next as he takes us to the open doors of a possible unknown reality. ‘Flare 2’ channels both Kraftwerk and John Coltrane as if they were working together to create this intense arrangement to be on board the Trans-Europe Express conducted by Miles Davis’ trumpet work.

The opening title-track leads you into a possibility of the final piece of the puzzle that Richard gives the listener a clue on where he wants to follow us. With intensive percussion work, glittering orientations for an upcoming battle to take place, Barbieri sets all of the ideas into a safety net, not knowing when the explosion is about to hit.

‘Darkness Will Find You’ is a cross-over combination between Tangerine Dream’s Zeit and David Bowie’s Low. It sounded like it was recorded in an abandoned church as the nightmares of reality come back to haunt the person’s life for all the damage he has done by abusing his loved one before these screeching guitar-like sounds, cry into the night. ‘Sketch 6’ is honoring the late great Simeon Coxe of Silver Apples by channeling the melodies of ‘Lovefingers’, ‘Lucid’ is a calming acoustic folk structure. It’s the calm after the bumpy and challenging ride we have been through inside the train.

Once we’re off the train, we as listeners are asked this one simple question, “Where do we go from here? Is there one final piece that Richard has left upon us?” It is a cliffhanger that Richard has us guessing to find out before the whispering voices fill the train station that is now haunted with some shakers and waking us up from this strange dream that we are having.

Under a Spell is one of the most eerie trips from Richard Barbieri himself. Listening to this album is like an alternate score for the video game set in 1934 of Norah’s adventures to search for her missing husband’s journey in the far reaches of South Pacific entitled, Call of the Sea. But I can imagine that Richard is also an explorer who works in mysterious ways. So if you want to discover more clues after the events of Planets + Persona, Under a Spell is a supernatural expedition.