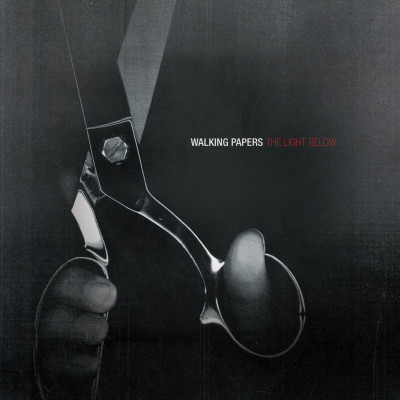 The Light Below by Walking Papers

Seattle’s Walking Papers can boast to have included both Duffy McKagan and former Screaming Trees drummer Barrett Martin in their line-up when they introduced themselves with a finely nuanced and smart bluesy rock self-titled debut album back in 2013. Their 2018 follow up WP2, varied the tempos and upped the rock for a more expansive affair. However, around the time of the album’s release Duffy left to make some serious cash with the re-booted, stadium filling, Guns N Roses. Fast forward to now, and the latest line-up consists of co-founder Jeff Angell (vocals & guitar), Benjamin Anderson (Keyboards & backing vocals), Will Andrews (drums), and Gregor Lothian (saxophone) as they return with The Light Below via Carry On Music.

Their third album confirms that the changes of personnel haven’t dampened their creative forces as this is another step on their evolving journey, as they shift the sands once again for a deeper, moodier, artful kind of bluesy rock. It is a largely mid-tempo clustered set of songs which set the tone for a darker, edgy set of storytelling. The tone is laid down straight away with opener ‘Value of Zero’, a sinister dark number as Jeff Angell’s whisky dosed gravel tone vocals reveal ”I’m the scissors, you’re the string’’ and ”If I can’t have you, no one will’’ as an eerie guitar lick adds extra lurking menace.

An online YouTube interview with Jeff informs us he was a teenager when he first saw many of the Seattle bands like Alice in Chains. And on The Light Below they swim in grunge’s heart of darkness while maintaining the soul of the blues. This is reflected with supreme confidence in the album’s centrepiece ‘Divine Intervention’ (featuring the Stone Temple Pilots guitarist, Dean Deleo), which flows superbly into ‘Stood Up at the Gates of Heaven’ for a sublimely alluring smoky twelve plus minutes. Jeff reveals he was “lost and alone’’ and ‘’the voices in my head refuse to tell me what I want to hear’’ as the interjection of God/ghosts (?) decline his desired intervention for guidance.

Walking Papers are clearly a band who believe rock music is an art-form. What tips the balance in their favour for achieving this is their fittingly applied use of the saxophone, which adds so much depth, atmosphere and feeling that it is a mighty surprise there hasn’t been more saxophone band members in the world of rock over the years. ‘Going Nowhere’ is a very fine cheese free ballad mixing the said sax with keyboards while ‘Money Isn’t anything’, and the instrumental ‘The Other Shoe (Reprise)’ sees the band more affiliated with film score music and latter day Nick Cave and the Bad Seeds. Not that the Walking Papers are linked with the current crop of whipper snappers formulating the New Wave of Classic Rock brigade, but any loosely misguided association will be cut quickly with the use of those shiny scissors from the front cover.

The main criticism of The Light Below is it does stay at the Barfly all-night bar – drinking alone – a bit too much once it passes the eighth song ‘Rich Man’s War’. Along with ‘Creation Reproduction and Death’ these are the songs where they swing wider and louder. But you can only admire the band for moving on and taking their sound into deeper territory they have hinted of at times in the past.

In these days of what feels like an overflowing abundance of music – which can feel like saturation and practically impossible to keep up with – the Walking Papers’ The Light Below may struggle and suffer due to the way music is consumed these days. Immediacy is not going to be its buzz word, because this is an album stuffed full of slow burners and a consistent mood that benefits from your fullest attention. At its best, The Light Below is late night rock matured in an oak barrel, confirming the Walking Papers steadfastly plough their own path. The choice is over to you whether you give your lockdown nights to them for company. I have.