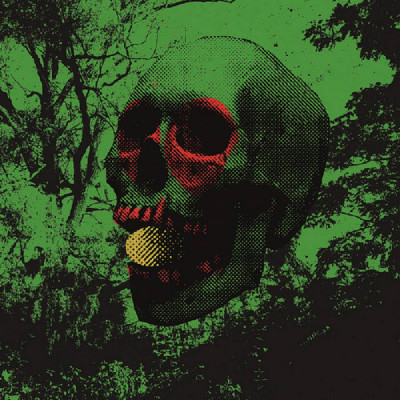 Extremely prolific artists can draw scepticism or resistance, on two fronts. Firstly, there is the question of where you start. Ask 100 fans of The Fall, Guided By Voices, Grateful Dead, or Motorpsycho, and you will get a plethora of suggestions for the album you simply have to begin with. And secondly, given the volume of output, there has to be a point where the quality drops.

Mark E Smith’s output was immense, but had its patchy sections. Robert Pollard has had the occasional duff release in his 750 years and 1,254 records as the driving force of GBV. Even one or two of Picasso’s paintings were dreadful.

But John Dwyer appears to be the exception. He has made 23 albums as part of the Oh Sees (and all their differently spelled variants), plus a similar number in other groups or collectives. In 2020 alone, his name was attached to five albums. Five. But from that catalogue, we dare you to try and find a bad review. Sure there are a few which say that album X is not as good as album Y, but Song Z in album X is still AMAZING. Either those writing the reviews are brainwashed acolytes, or he is just very, very consistent.

And in the first month of 2021, Dwyer is back again – and indeed, since I got round to reviewing this, he has another album out. But Witch Egg is our focus today. Dwyer has four bandmates – including once Oh Sees drummer Nick Murray, as well as Brad Caulkins, Tom Dolas and Greg Coate – exploring sax-led weirdness. Yes, that sounds a little trite, if also disparaging. It is not supposed to – it is just that we would throw a proper label on this album’s music, but it would be ungainly, to say the least. Kosmische-psych-jazz-funk-film-garage-ambient, anyone? No, thought not. How about we just call it “John’s, Nick’s, Brad’s, Tom’s and Greg’s music”. Because although Dwyer is the marquee name, this is clearly a group effort.cdaqa

And it is really good. It begins with ‘Greener Pools’ and what could be the theme tune to a low-budget 70s detective show, if it wasn’t for the warm, satisfying mellotron drone – and the stabs of rusty-tin-can guitar. Then Caulkins lets loose with his saxophone and we are taken somewhere altogether more cosmic. And from here on in, it is quite a trip.

With ‘City Maggot’ we get something approximating The Meters if they travelled to Germany and hooked up with Klaus Dinger, while ‘Your Hatless Friend’ has that skittish hi-hat-heavy beat and those hypnotic repetitive horn vamps that divided jazz fans in the early 1970s (you know what I am talking about, but I will stay, ahem, silent – to mention the musician’s name would skew you into thinking this is a pure fusion record – it is better than that).

Then we go into a trio of songs which are downright spooky, in a cleaver-wielding-perpetrator-stalking-across-creaky-floors kind of way. Yep, best not to listen to side two in the dark. ‘Arse’ brings a bit more light into the experience, before ‘On Your Own Now’ sends the listener, well, on their way, with a mellow, yet still slightly sinister funk (like something from There’s a Riot Goin’ On with better production and less PCP).

And we are left with the thought that Dwyer may not be of this earth. I mean we all know there is no infinity. Everything has an end. There is a finite amount of oil in the ground. We have a certain number of heartbeats before everything stops. Water is not limitless. Yet the creative well of Dwyer seems never-ending.